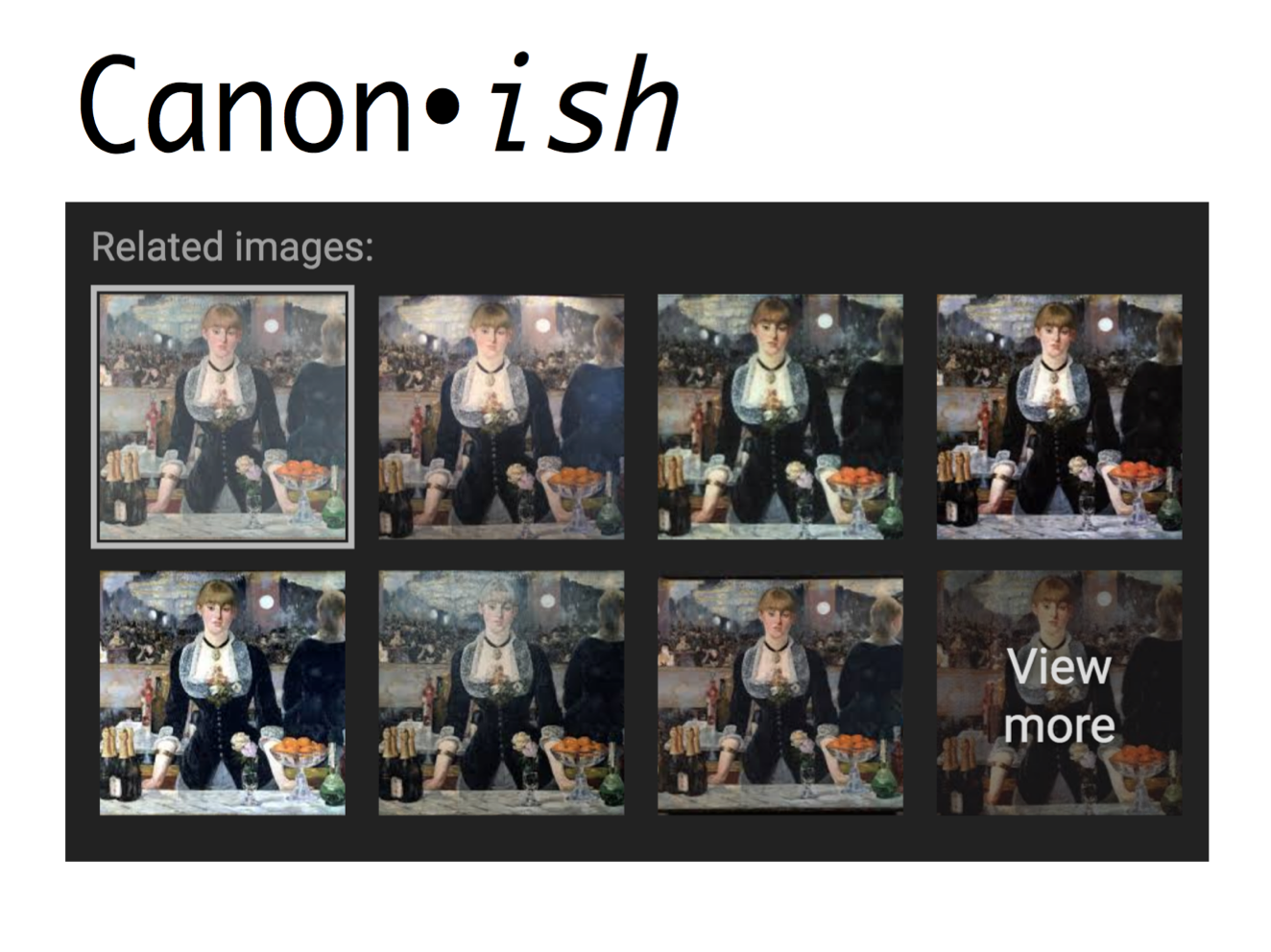 In the fall of 2014, Emily Bass and I started school together in a worn-out tower in Kenmore. We attended what was then known as the Art Institute of Boston, recently rebranded as Lesley University’s College of Art + Design. I applied to thirteen colleges out of high school, but what drew me to that cluttered staircase of a building on Beacon Ave was the fearlessness of its diverse, almost peculiar student body as they poured out into the city streets. Between classes, they marched across overpasses with bundles of pencils and paper. They ate McDonald’s in the middle of the street during a blizzard. They wore thrifted merchandise in sharp contrast to the backdrop of wealthier, more established downtown dwellers—and they shone like candles in the dark.

Of course along with our college’s rebranding, they abandoned their Kenmore properties. Earlier this year, walking back to the train from a show at the House of Blues, I realized that boards and plastic sheets covered up where I had once held my first art critique. This led me to wonder… what would be left of us, the Lesley student body, once our college’s interest had long since passed? Would the city of Boston bury our visions in spray-paint and debris, while the prices of town houses to either side continued to skyrocket? Would our contributions ever stand tall enough to occupy spaces like Kenmore again?

The endeavors of artists like Emily Bass that I have witnessed over the past year have reanimated the confidence I once felt in freshman seminar—looking around the room of my peers, waiting for someone to raise their hand to answer the next big question. Ms. Bass has worked harder and to greater heights than the limitations of the student capsule. She immediately assumed responsibility at the Hassle as Arts Editor. She curated shows across the city and took on interns. She helped shape her own program of study at Lesley. She did it all with the style of a James Bond heroine, in high heels and a long fur coat.

When I approached Ms. Bass’s paramount collegiate installation, Canon-ish, in the modern concrete basement of the Lunder Arts Center, I must confess that my gaze began in one aspect and ended in another. I took classes with Ms. Bass; she was always prepared to make extensive observations about the history of art. But I also remember all the assumptions that came with the “student” label. Canon-ish inhabited a square of floor between a classroom and the photo lab, but opened to the wider student commons. The installation’s most frequent observers were students and faculty savvy to Lesley’s rotating guest artists, maybe munching on snacks from the nearby vending machine as they strolled past. Unless one read to the end of Bass’s neatly-printed extended label, one would never consume the installation as student work. It stood within the confines of a three-sided canvas mobile gallery Gallery Possibilty Space, a project by Chloe DuBois, only about eight feet square, with digital prints mounted unframed inside. From a distance, the work read as small grids of images inside a larger grid of images inside a cube inside an airy, geometric building. It belonged on campus much like the larger designated gallery spaces upstairs in Lunder, but the fact Bass had assembled the gallery herself spoke to her ability to command viewership apart from her college’s influence. I left the installation feeling motivated to re-take my art history courses. Where I had seen requisites, Bass had discovered her voice.

One would assume Bass’s work to stand alongside that of her fine-art peers—a fraction of the students we shared lecture halls with in 2014, usually the least enthused about the industry and more keen on the philosophy. But Bass demonstrates that she must carve out her own space in order for her voice to be equally recognized as part of Lesley’s graduating commodity. She begs the question: Why is the concept not as important as the method of execution? Why is an original Seurat worth more in artistic annals than a composition of reproductions? And, above all worth mentioning in the confines of our school’s bright new art center: Why does Lesley overlook newness in favor of the same painterly hand? 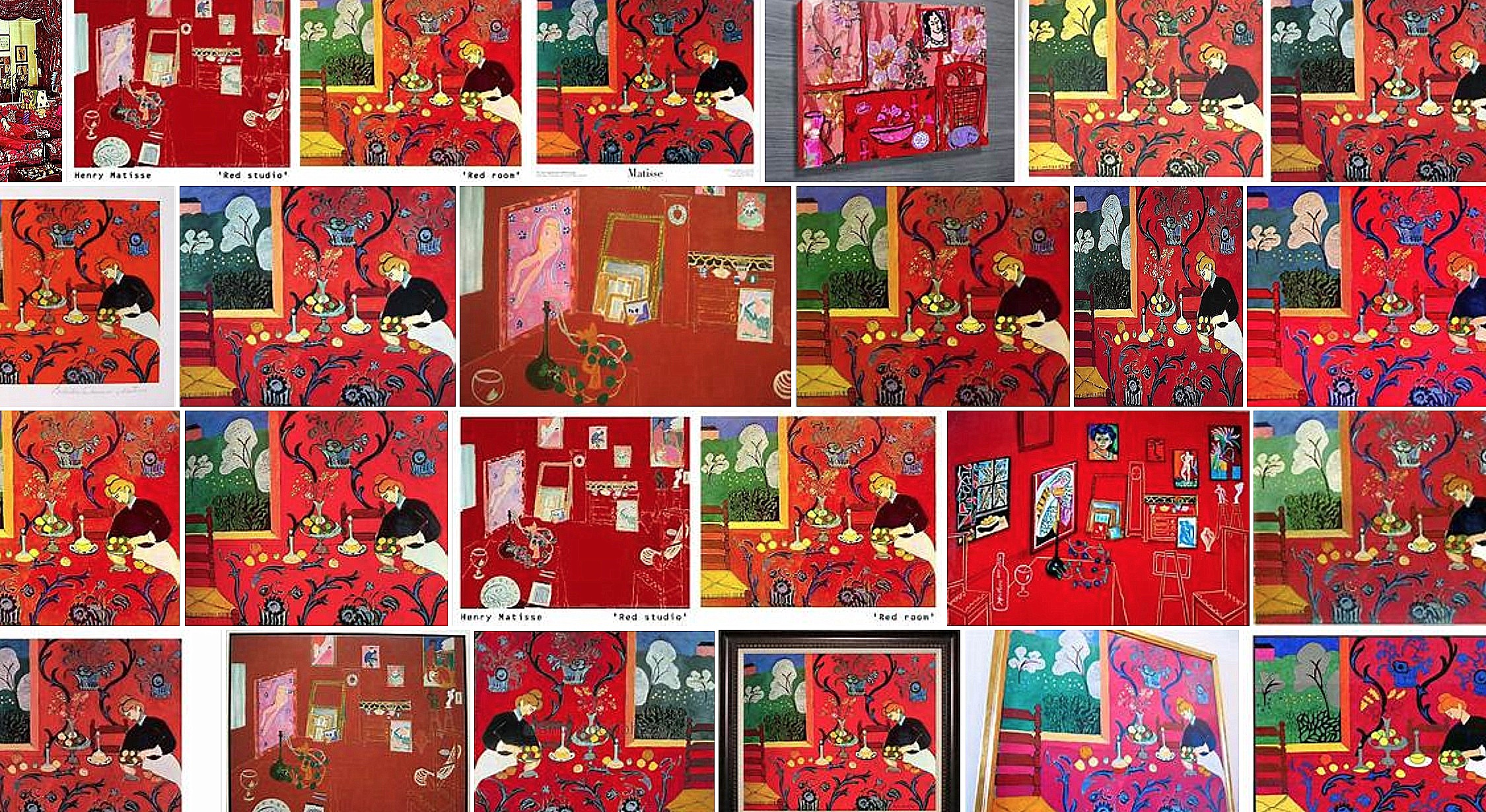 The digital prints in Canon-ish included reproductions of Warhol’s Marilyn Diptych, Manet’s Olympia, Mondrian’s Composition No. III, and Rothko’s Room 9: Black on Grey. Surrounded by so many iconic pieces from my art history textbooks, all in such short proximity to each other, repeated over and over again within each print, one becomes numb to their significance. The means whereby the artist arranged her images, and why, became the overwhelming current of the piece. Printed at small scale over and over on a larger canvas, I felt a timeline I had once jotted onto flashcards begin to wash away. Bass pulled these works into contemporary flux, raising the platform of the search engine to the highest stature. The Internet has given access to reproduction on an exponential scale, yet with each reproduction, the original piece spikes in value while the copies only depreciate. Through the intentional repetition of images that are clearly not her own (especially in a familiar format, such as Google Search, in a school where art history papers must have clear citations), Bass elevates the concept. The whole of the gallery, all from the artist’s own hand, renders the anatomy of Michelangelo’s fresco irrelevant. 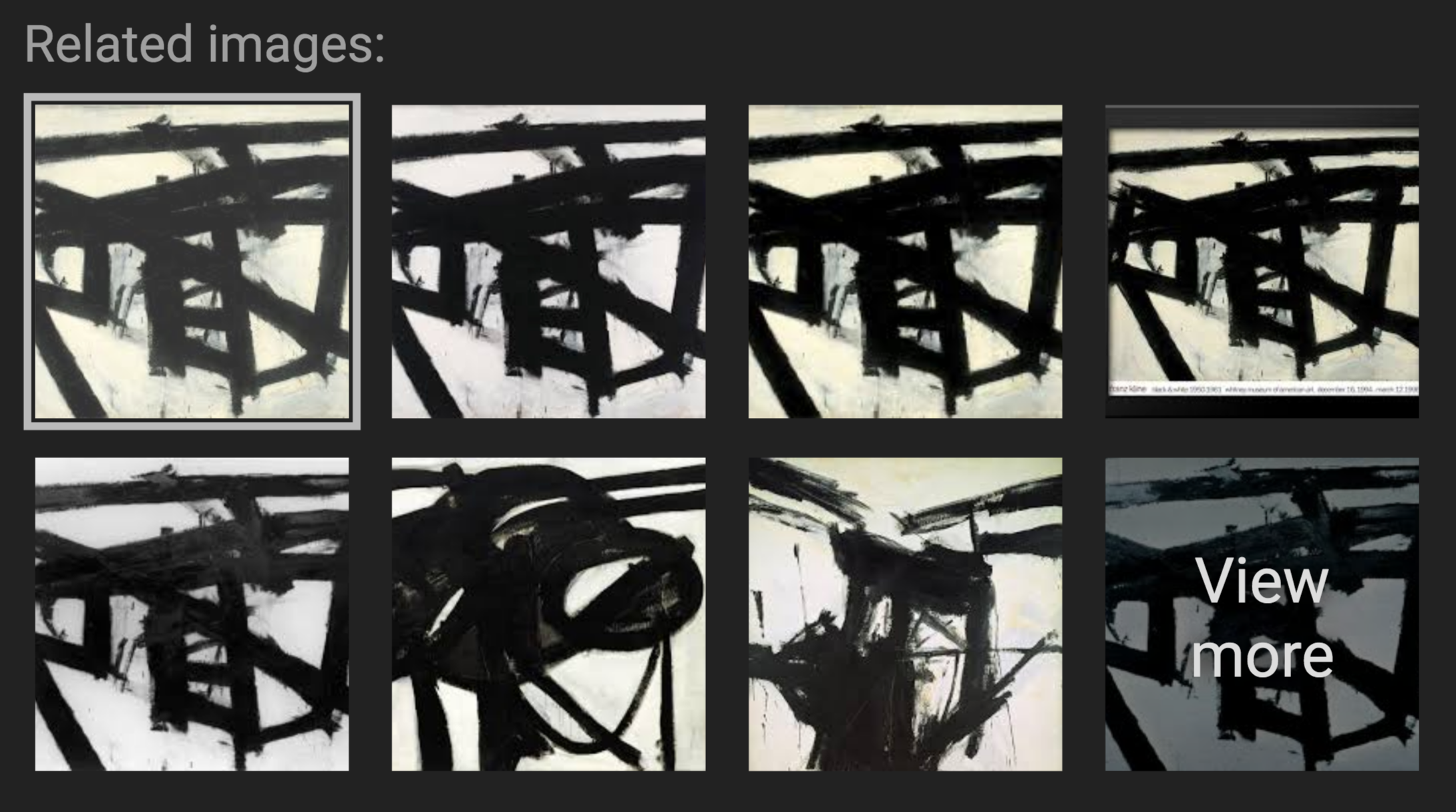 I believe that through this installation, Bass has reclaimed the narrative we were force-fed—even the deconstructed version that Lesley later quizzed and graded us on. A reality I did not consider until much later: all of the masterpieces in Bass’s reproductions are works by white men, even the most non-classical or appropriative, such as Warhol’s Marilyn. As much as our idea of masterpiece has evolved in appearance over the course of modern history, our “master” has not. And that brought into question the very place I stood, open-floored and humming with conversation. Our school’s deans have come and gone, but have always been white males. Our school’s deans are always associated with the Fine Arts department or the studies thereof. Even as an artist who has spent countless nights over the past five years practicing classical technique, such as perspective and anatomy and value, I become suspicious of my own accomplishments. All of this diligence has consumed my time and money. I have paid hundreds of thousands of dollars to indeed replicate what my professors and department heads see fit. But for those artists without the resources to study drawing, or even those without an interest in such training, their artistic endeavors are delegitimized.

Brain Arts, the non-profit organization Bass is a part of, aims for conscious facilitation of local art, music, and performance. Through her installation Canon-ish, Emily Bass has demonstrated how Brain Arts’ mission personally resonates. Her efforts to amplify the voices of independent artists will live on far beyond the campus of LA+D. Approaching 2019 and my last semester of college, it is encouraging to see someone who started in the same lecture hall in Kenmore Square branch out to meaningful venues throughout the city. Wherever she ends up after college, I’m sure the history books will follow. 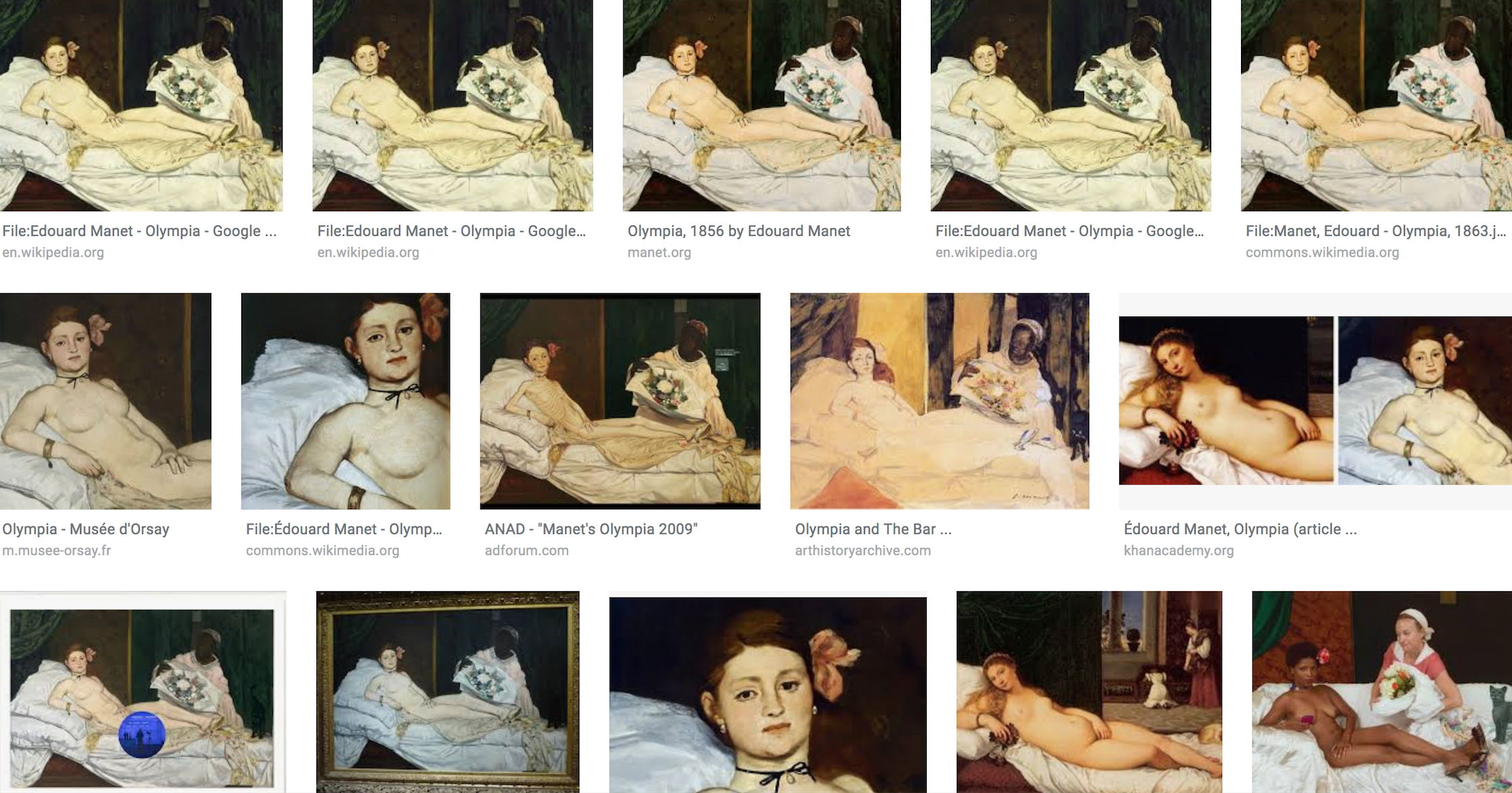 More information on the curator can be found at: All over the Hassle! Emily Bass is an artist, curator, and our own Arts Editor here on the site