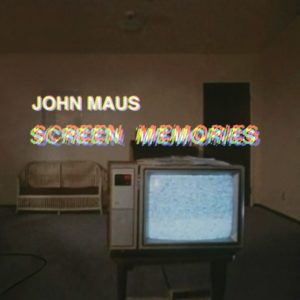 The age of straightforward rock, punk, and electronic music scenes are behind us. Genre has morphed into a grain-less cut of culture all proclaiming their disenfranchisement on the same stages night after night. The listener, equally bemused to the spectacle now haphazardly changes demeanor, and then dances the same gloomy head bob & weave to new emerging shoe-gaze revival bands Blau Blau, as they do to dark anti-pop musician John Maus, then seamlessly to a retro-fit shoe-gaze band Protomartyr. These bands, in their own respective ways, remove the naivety out of the listener and onto the dance floor and leave it with the crushed beer cans, the sweat & the emptiness of a once filled room.

All the show goers went on intuition, of stopping the normal boredom of their lives, to view a polyp of a slowly building, slowly dying, yet un-doubtingly there, new American Music scene being crafted under the towering menace of designer condos.

Blau Blau, a local band, with a slew of upcoming shows littered around our area, took the stage first to display their fusion of melancholy rocks. With hints of post-rock & funk, they strike a forward leap into the grunge & pop side of the shoe gaze revival. Bassist & singer Lira Mondal’s vocals jump around energetically with the simple & intricate(?!) choruses and refrains. Blau Blau are staking out the tastes of a newly emerging Boston sound that differentiates itself from the earlier hardcore & punk roots of the city, to the dismay to some of the veterans & forerunners of the hardcore & punk scene.

John Maus, after a lengthy haitus, surprised everyone with his new record ‘Screen Memories’ & took the stage with a full band to tear through his 10+ year catalogue, in an agonizing sweat drenched performance. He did not say much throughout his performance and the audience painfully called him back for a one-song encore. His performance, as I touched on in my recent feature piece on the man is a seminal part of his art, and was, compared to his earlier tours a much more mature display of his catalogue and control of his energy. Playing ruthless songs such as ‘Maniac’ ‘Cop Killer’ & ‘Rights for Gays’, his choice of set list made me swoon in despair & dance like a maniac.

In my opinion, I think is the strength of John Maus, as well as the primary appeal of his eclectic style and subject matter. He can make the listener feel such a diverse spectrum of emotions while puppeteer-ing affliction and social head aches as his aesthetic sways in the backdrop. The silence of the post show euphoria spilled out onto the streets of Cambridge, and so on.