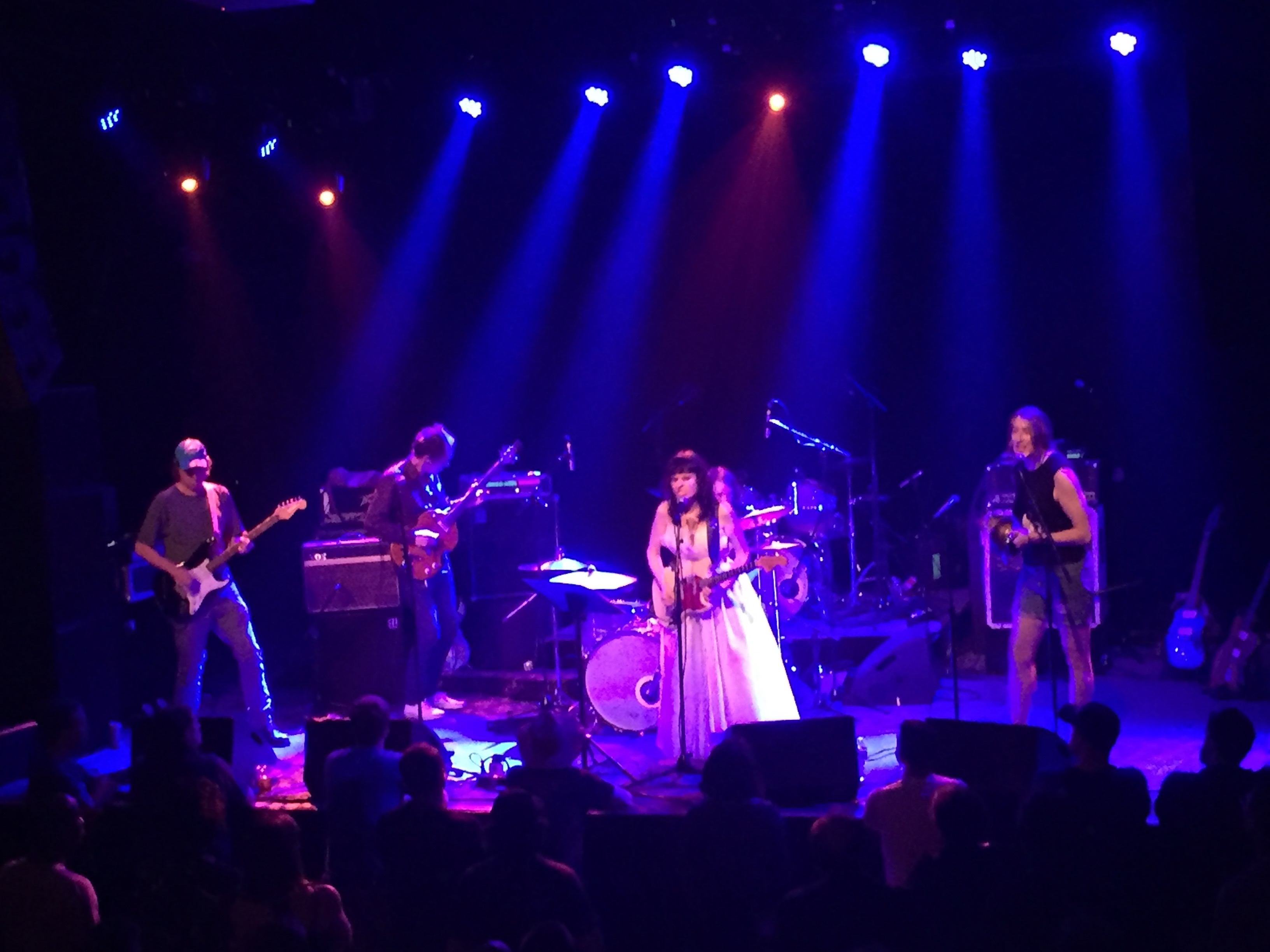 This was my first time seeing a member of Sonic Youth since their breakup in 2011. According to the original event listing a band called Pigeons were supposed to opening the show but they didn’t show up. Taiwan Housing Project were the only opening band. The frontwoman, Kilynn Lunsford of Taiwan Housing Project was hard to miss. She took the stage wearing what looked like a wedding dress. Nobody else in the band was dressed up. THP features members of other noise forces Harry Pussy and Little Claw. Lunsford kind of reminds me of Terri Gender Bender of Les Butcherettes with her shredding and howling. The band being a quintet are a bit noiser though. 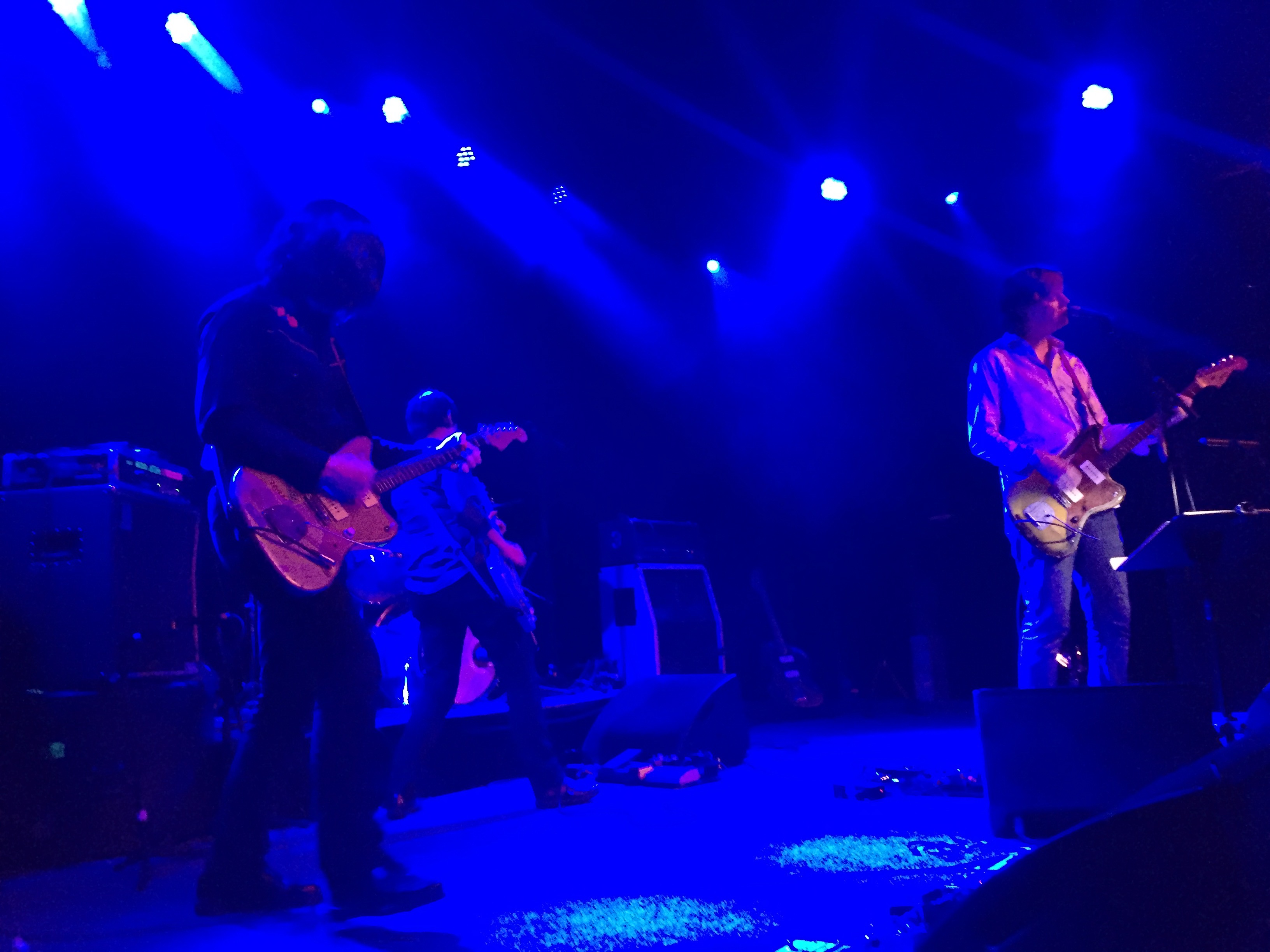 Thurston Moore’s current supergroup features former Sonic Youth drummer Steve Shelley and one of my personal heroines My Bloody Valentine bassist Debbie Googe. I briefly got to meet Googe before the show and that was one of my highlights of the night. The other dude in the band is named James Sedwards and he played in a number of British bands in the late 90’s and 2000’s. Musically they sound a lot like Sonic Youth and if you didn’t know better and heard them you may think that Sonic Youth were playing. The songs follow the form and shape of the longer, almost proggier Sonic Youth songs, with instrumental breaks and jams lasting many minutes. This is very different than what Kim Gordon has done since SY’s break up. Her stuff has been more punchy and punk infused. At times is was hard to know when one song ended and he next one began. Thurston referred to his band as Rock n Roll Consciousness which is also the name of their new album that came out a couple months ago. 6 of the 9 songs he played were from that album. Nine songs doesn’t sound like a lot but when there are acid jams mixed in it can add up. All in all the band played for about 75 minutes. There were also times when Thurston had to take a few minutes to tune up. I wonder if anyone would have noticed if he had played slightly out of tune?

Liked it? Take a second to support Joanna Trachtenberg on Patreon!