All photos by Davin Steiger

Flinging open the hefty grey doors of Industry Lab, the hushed murmurs of “Has it started yet?” fizzle out immediately, stamped out underneath the weight of the ocean-sized drone consuming the hallway as it pours down from the floor above. For a night billed as a variety of “non 4/4 experiences”, the signs couldn’t have been clearer that Aninverter, project of local pedal-gazer Dan Gonzales, was setting things off in all the right directions.

As he marched around his battery of guitar pedals in a hectic dance, Gonzales steered early-arriving soundscape devotees through clouds of hushed, rumbling noise, breaking through the gloom with flamenco-like strums of clean guitar that charged out of the mostly bass-heavy mix. The subdued whisper of the drone drifted among the scattered crowd, who clung mostly to the fringes of the room, seemingly anxious to step in closer and allow the creaking of the wooden floors to dismantle the delicate timbres that Gonzales was steadily constructing. His gaze never left the assembled array of delays, distortions, and modulators as the steady chords from his guitar picked up speed, culminating in a sudden burst of volume as he brought the affair to a sunset crescendo, a single shimmering chord floating over the crowd. 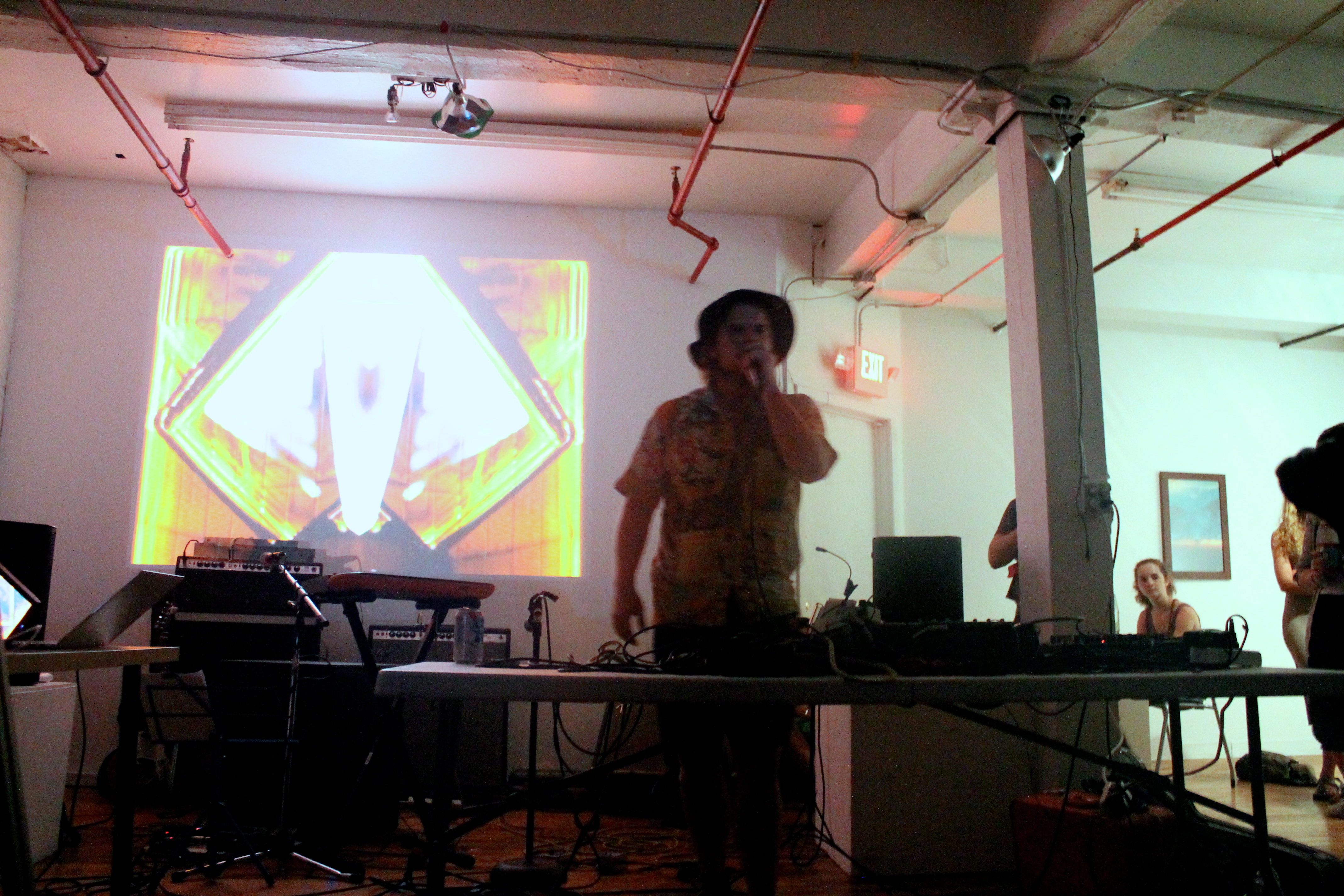 Crashing right out of the gate with a synth-and-vocal attack, Sam Rog’s noise jam of a set was a violent shove into the POOL compared to Aninverter’s soothing ambient effort. The constantly shifting projections, courtesy of Chris Konopka, flashed and burned to match the intensity of the glitched-out madness that oozed out from the speakers. Distorted drum beats meshed fantastically with machine-harmonized insectoid howls from Rog. At times, Rog seemed completely lost in his own buzzing, swampy world of noise, waltzing about the table in a carefree daze. The same could not be said of the audience, collectively glancing around the room in awe that it hadn’t yet erupted into a full-on dance rager. But the mutilated beats pounded on, feedback crashing around the room in ever-building waves. Cathartic surges of bright harmony from Sam Rog’s vocals allowed for a quick breather, but these all-too-brief reprieves were time and again swallowed up as Rog re-started the fever-dream, plunging us back into darkness. Finally, a beat broke out from behind the wall of sound and came to a screeching halt. Our workout over, the sweaty crowd erupted into applause and took a communal breath (or cigarette) for the upcoming Dyr Faser. 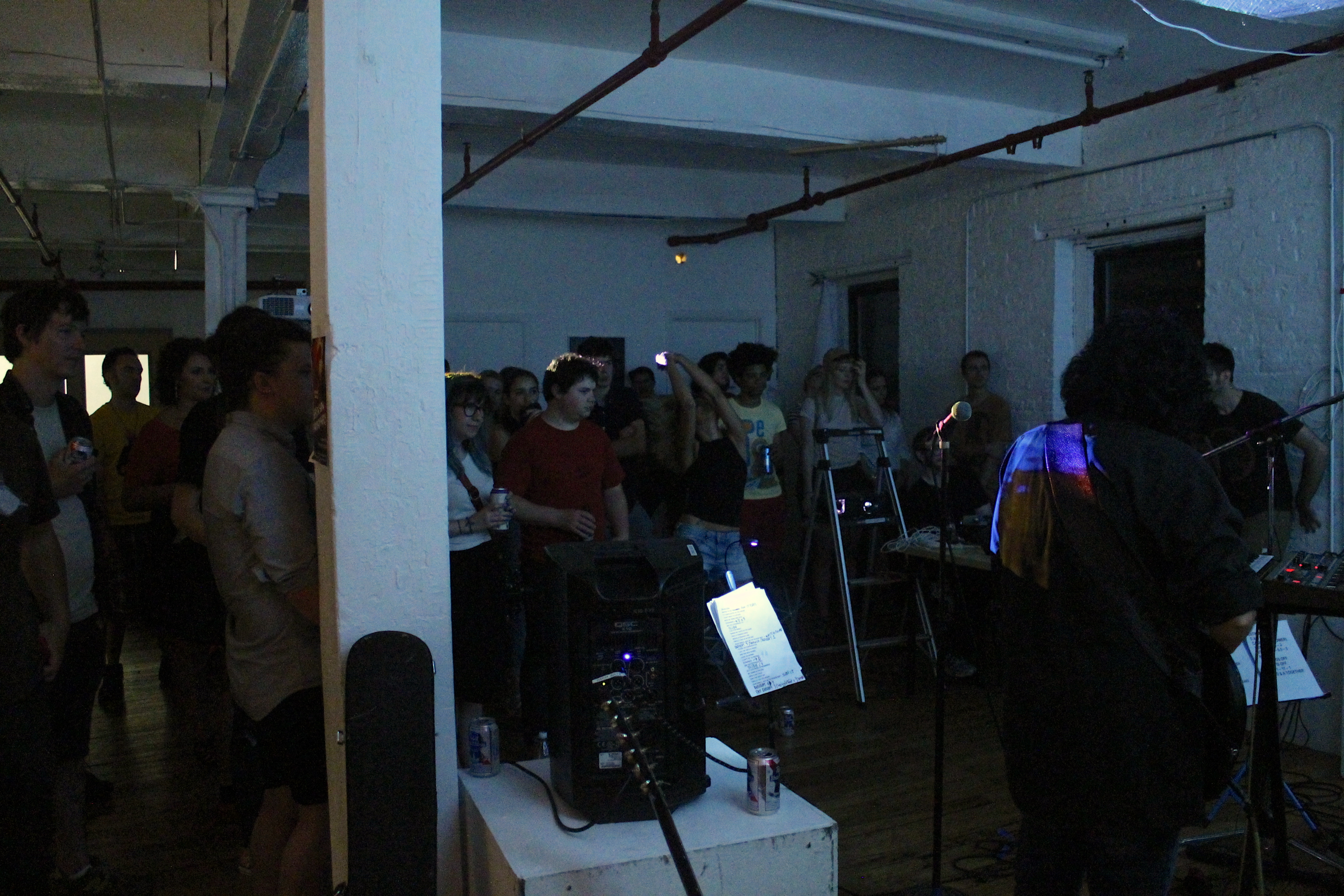 A short false alarm of police notwithstanding, Dyr Faser’s lush psychedelic romp of a set was the deliciously chilled out cruise we all needed to take. Anchored to the filtered whooshing of an 808 drum machine, Eric Boomhower and Thalia Zedek weaved a multilayered net of slippery, delayed Velvets-inspired guitars, alternating rhythm and lead with mesmerizing effectiveness. Watercolor melodies dashed out with crystal clear reverb from Boomhower’s guitar, drawing jangling answers from Zedek’s almost immediately; the two were particularly locked in on set highlight “Koso Biru”, a dreamy raga jam that had the crowd head-bopping down a dusky country road. Slow motion projections of kids at play, dark forests, and mysterious wooden buildings could not have been more fitting. Zedek’s ethereal cooing and splashes of synthesizer were particular highlights, adding even more dazzling color to an already vibrant set. With a single unison guitar note crashing together in perfect unity, Dyr Faser took a bow, closing out their tour and surely winning over new hometown converts. 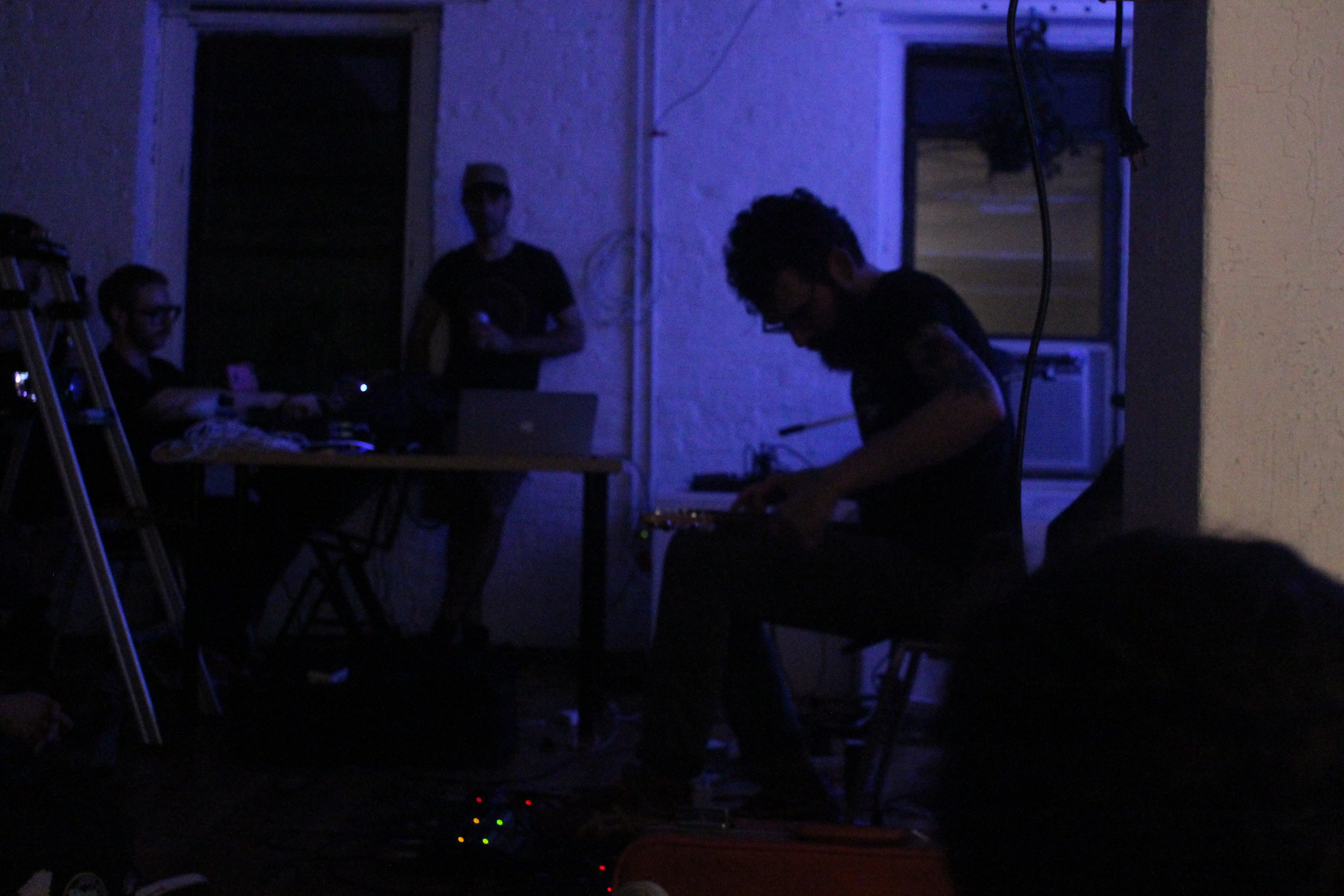 A crowd of noise disciples seated at his feet, headliner Insect Factory ended the night with an expert set of guitar-driven ambient sounds, seemingly manipulating every grain of feedback to maximum effect. Placing his guitar flat on his lap, drone maestro Jeff Barsky gave a master class in breaking down an instrument to its most basic level. Every point along the guitar was being mined: strings were scraped and plucked, volume knobs were rolled back and forth to produce wonderful swells, and subtle nudges of the instrument cable sent squeaks, buzzes, and clicks ringing out like soft neon bells in a cozy summer nightscape. Eyes were closed and hips gently swayed as the audience swooned, completely under Insect Factory’s control. Eventually, the texture grew more jagged, taking on a stormy timbre that rumbled the dreamers awake. His feet tapped out a coordinated dance along the pedalboard, slipping in slight variations in texture and brief dissonance, enough to hold the ear of even the most discerning noisehead. Just as the thunderous echoes emanating from his amp threatened to overpower the crowd, Barsky snapped off the power, issued a curt “thanks”, and sent us packing from the POOL, a little stranger than we’d arrived and better off for it.