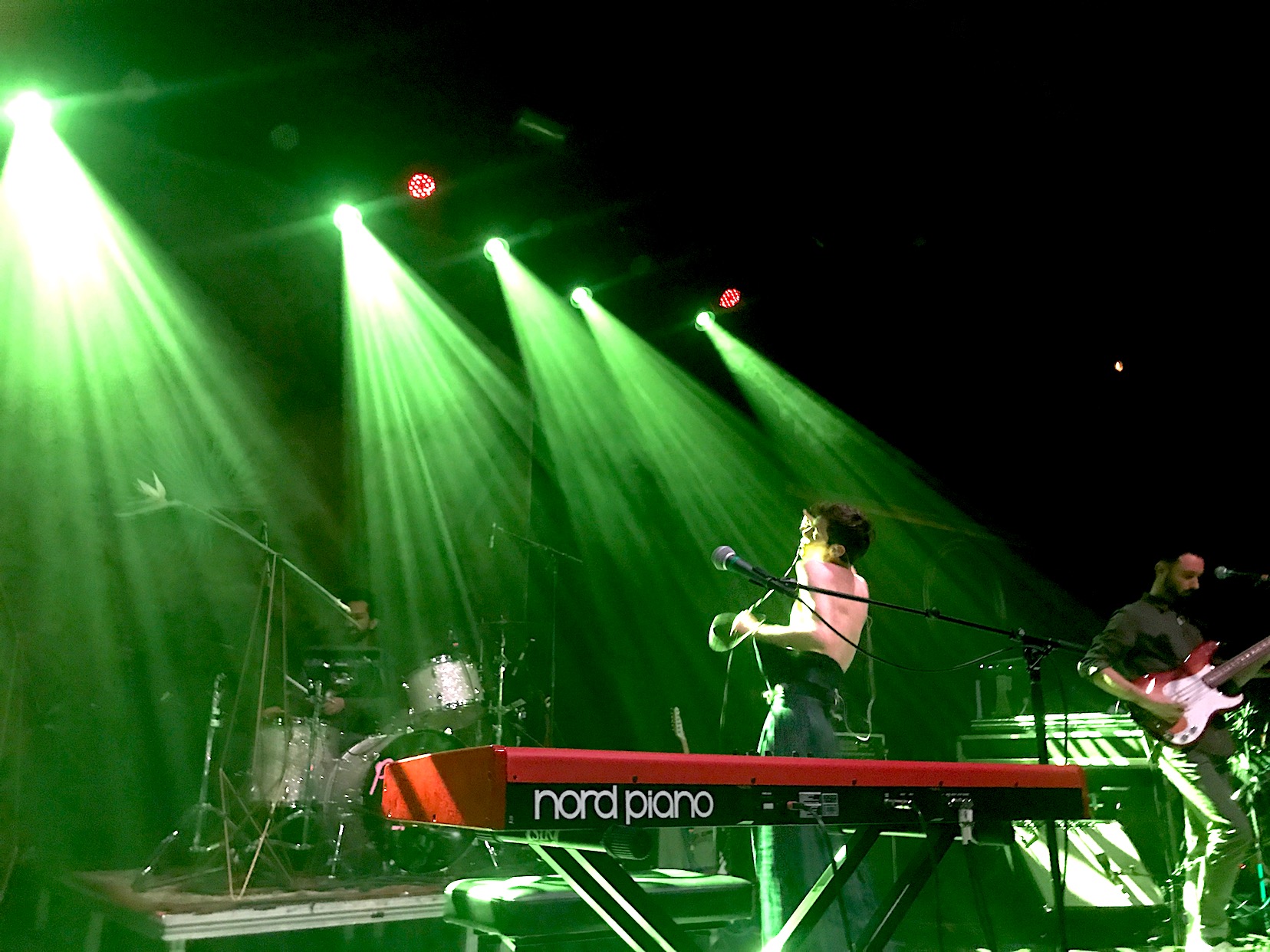 Having seen the Matador signed artist at the Sinclair for his Too Bright Tour, I was highly anticipating his new direction and sound. His new album, No Shape, produced by Blake Mills strikes a different chord of energy than his previous album. Less confined, holding to his stage name, Hadreas surprises many and displeases few in his approach to songwriting and musicality.
Stage decorated with palm leaves our performer came out to an uproar, graceful yet determined onstage. Much like his performance, his fourth album resonates as it urgently transcends. Hadreas’ stories of being a gay male are inseparable from his early works, his albums are his own narrative of his struggle. Always tender, his impact is high.
The musical redemption and growth of his work allows for an honest, intimate perspective while still being able to parody the grandiose nature of pop performance. Perfume Genius will take you there. The arresting vocals and the atmosphere of his debut album Learning, from high school tales to somber remembrance, are parables of not just gayness, but of good & evils, delineating who & what stays where.
No Shape however, is of a different nature from his previous albums. The glimmers of stories from his debut, Learning. The verbose statement of Queerdom found in (his 3rd album) Too Bright’s “Queen” seems so earthly, indicating the maturation of a songwriter of depth, one that avoids predictable pitfalls.
‘Don’t Look Back/ I want to break free/ you’ll never see it coming/ you’ll never have to hide’ He sings in a whiny vibrato tuned to the intimate crevices of your mind, half nostalgic, half euphoric. The music meets itself in the murky transcendence of self-reflection & in the challenge of being a more honest artist. Perfume Genius is a provocateur; a stand alone in the American Music Scene, continuing to challenge his audience while remaining delicate and vulnerable. By breaking with conventions and formality, Perfume Genius stands high, alone, in a sometimes overcrowded landscape.