Displayed at the Fountain Street Gallery within the Fountain Street Complex at 460C Harrison Avenue, is the national juried show 11:11 – The Depth of Perception. The jurors from Kelley Stelling Contemporary of New Hampshire have funneled a pool of 500 works into the 40 on display. This dynamic collection certainly offers depth as the works vary in size, price, and medium. A great measure of perception is the way someone expresses their environment; a majority of the works in 11:11 – The Depth of Perception deal in some way with the artistʼs relationship with society or the natural world, whether it be a scenic depiction of New England or an experience from around this world or another.

“What do you see when you close your eyes?” the gallery asks.

David Lee Black, For Reasons I Can Not Explain…

Some of the pieces express an exclusive viewpoint of a location intimate and special to the artist. David Lee Blackʼs photograph For Reasons I Cannot Explain… was taken of the cognizant jackdaws at a crumbling convent in the Irish countryside, a location Black tries to revisit during every trip to Ireland. With crows circling above an abandoned spiritual place in a desolate location, the scene Black depicts is a grim one, but his backstory helps me see something bittersweet and not so lonely. One might wonder if these traditionally ominous crows have come to recognize Black and enjoy the same familiarity he has with them. 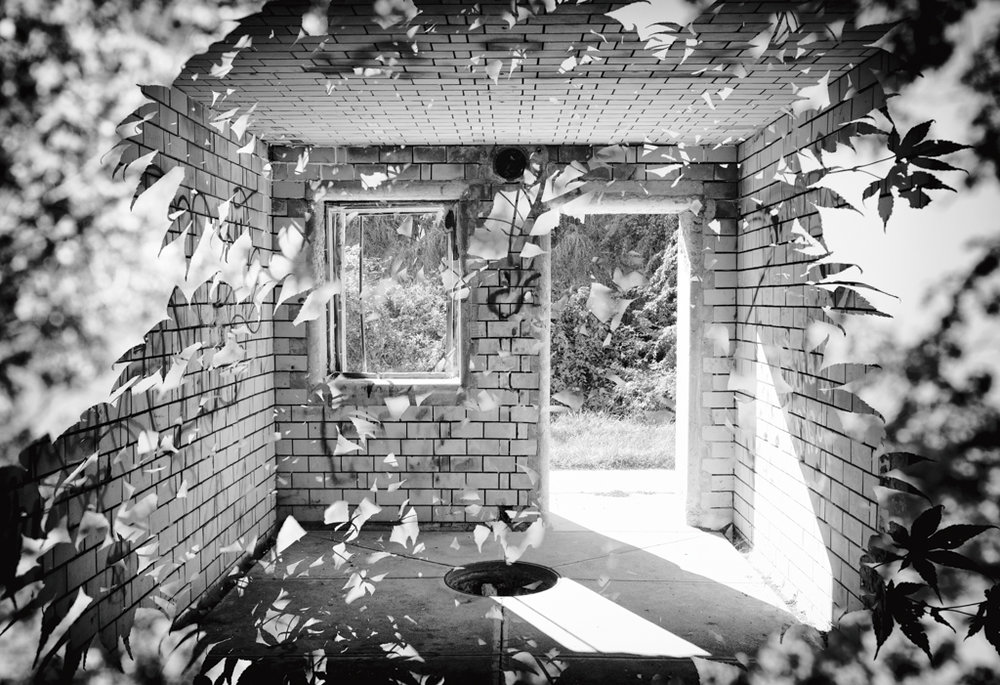 Sally Bousquetʼs beautiful print Entangled/Hull shows a juxtaposition of the parallel universes contained in her own backyard. Though I have yet to be swayed by the likelihood of infinite parallel universes, Bousquetʼs depiction is as real as any quantum physicist could make the concept appear to me. Her superimposed images which represent the same space in two parallel realities are intuitive and poetic. In the event that I do disprove the multiverse theory, I might say that Entangled/Hull also represents an absence or blurring of time by showing what used to be, could have been, or might become. 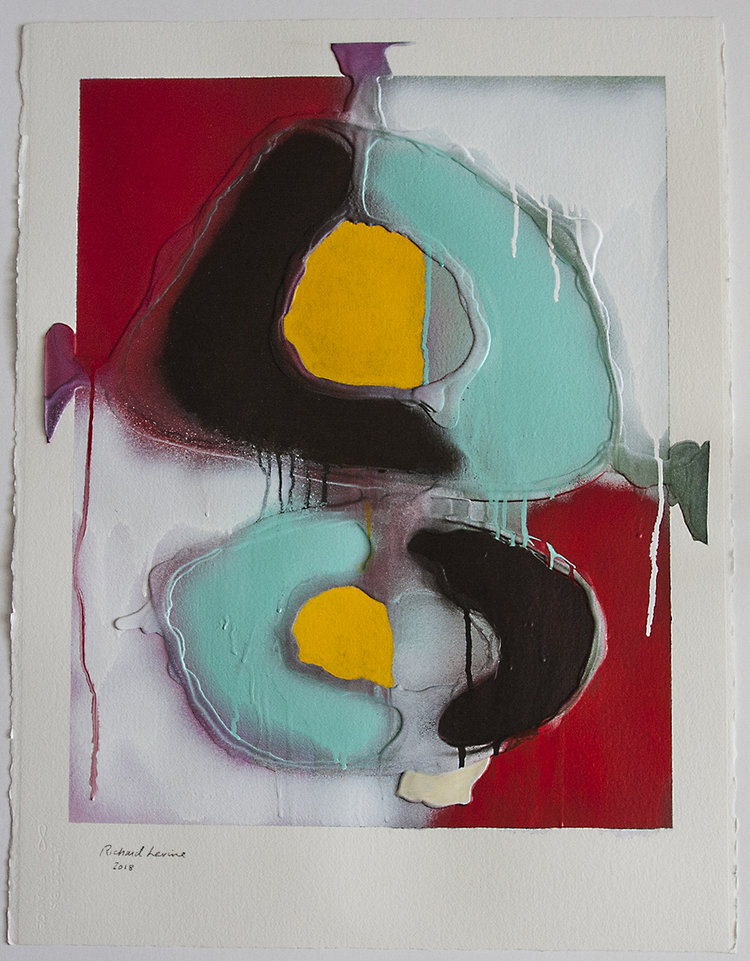 Juxtaposition #3 by Richard Levine displays the duality of nature. I sense the juxtaposition of fragility and balance in what I believe to be two pairs of opposite-facing magnets. Juxtaposition #3 captures a moment suspended in time like a three-dimensional photograph—its seemingly dripping paint is sealed over with acrylic, and though a pair of the magnets are attached, the other pair is separate, perhaps revealing the instant before they might have met. 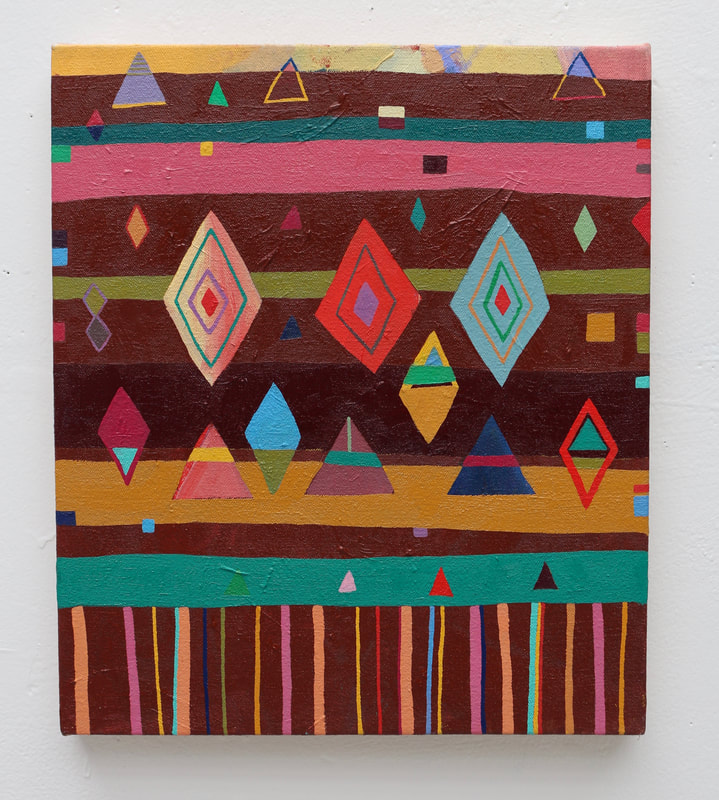 Emily Manning-Mingle describes her artwork as “the product of close observation and fuzzy memory”. Reminiscing of a thrifty and artistic childhood, her painting ainʼt scared to catch feels seamlessly transfers an affinity for quilting and collaging to the oil and canvas, with the resourcefulness of combining accessible items and a cozy vibe fully intact. 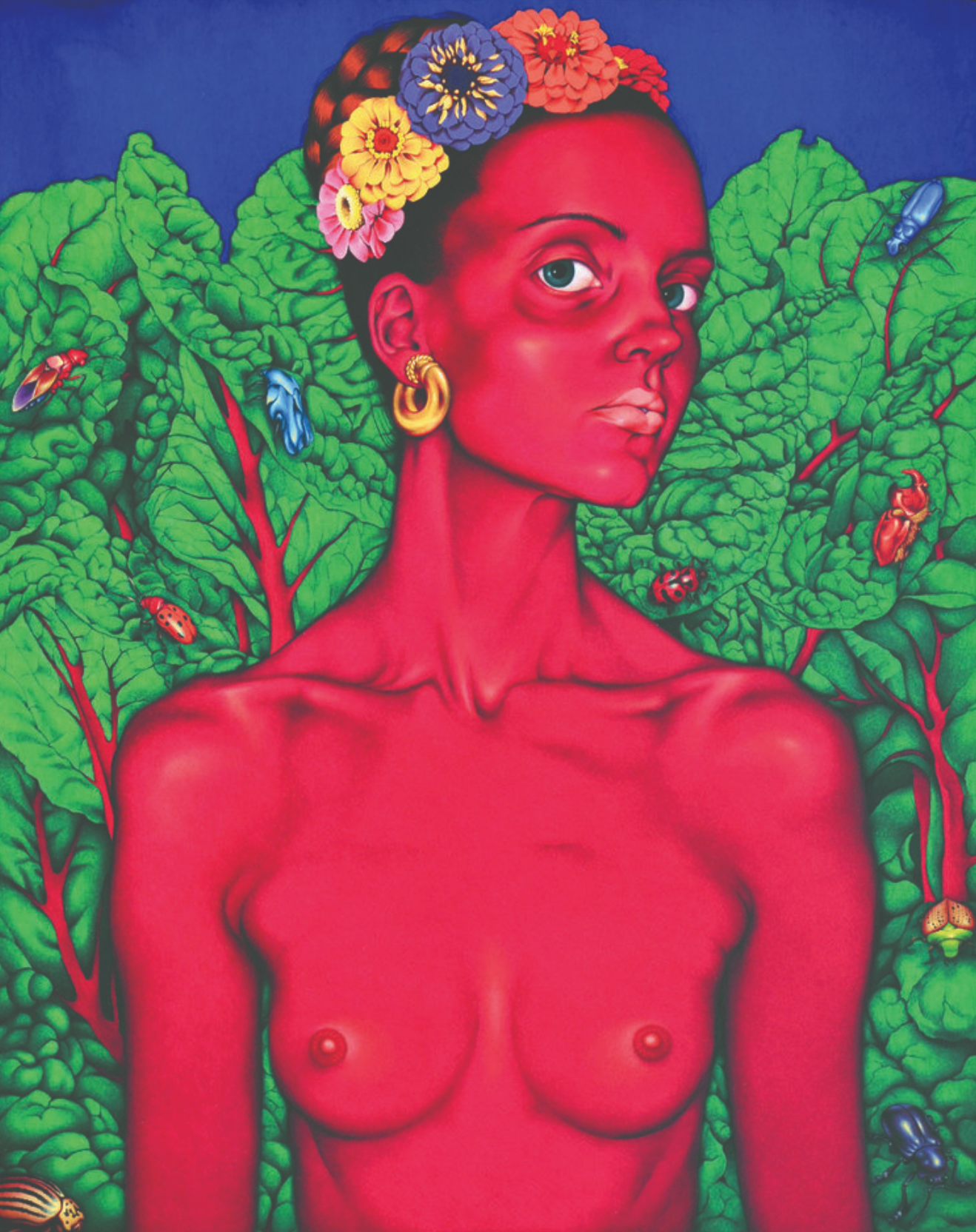 In Self Portrait as a Beautiful Lady, Arhia Kohlmoos supports her work by noting not only the immense detail and rich, aesthetically-pleasing color palette that resulted from the time and materials she put in, but also her conscious experience that has been captured by the pieceʼs completion: each hour, minute, and second Kohlmoos spent with the oil and panel. Self Portrait as a Beautiful Lady stands as a beautiful testament to the value of committed work and disseminates its richness of warm colors and life into the gallery. Kohlmoosʼs painting is a touchstone of detail, as are many well-executed pieces in the show. 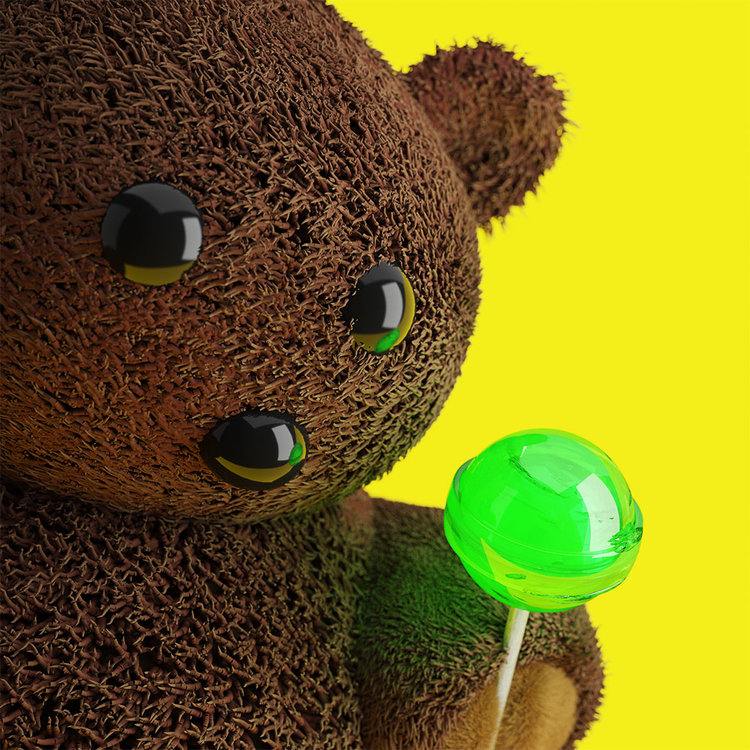 After a cursory glance at Matt McKeeʼs Sharing #1, I took a closer look at the fine detail and full scope of completion visible in the image. I had taken the image for face value, but after noticing the light reflections in the subjectʼs eyes and lollipop and the fine detail of its fibrous composition, I began to wonder how much more there was to this scene than initially met the eye. Through Sharing #1, McKee has created a scene both whimsically sweet and intriguingly curious.

With everything from open-ended abstract works and deft, creative digital edits, 11:11 – The Depth of Perception certainly holds a few favorites for everyone. The wealth of unique perspectives offered by the array of works makes it a canʼt miss, but hurry over to Fountain Street before this Monday to catch the show before it closes!

How right-wing conspiracy theorists and liberal wellness influencers are endangering the lives of sex workers.

This Week In Experimental: Volume 67

Hello Experimenters!   Teaching last week was amazing! I continue to be amazed by my students’ enthusiasm and willingness to experiment in…

Films by Luther Price At The Brattle