Dreamscape 13 was my first Dreamscape, and my first time getting to check out Hope Central Church and it was a great time. Taking pictures at a show in a wide open room with a very still and calm atmosphere made me that much more conscious of each shot I was taking and I definitely spent more time watching than shifting my position to take pictures. Having soaked in the whole audio and visual experience I find it hard to do it justice in a write up, it’s definitely something that makes more sense once you’ve felt it. 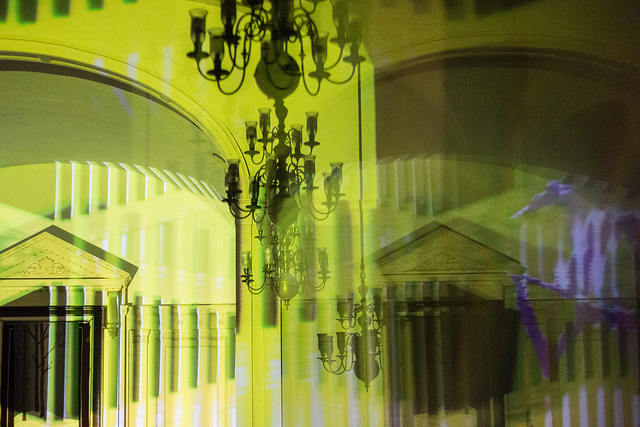 The night began with Archaic Frequency. While his setup was relatively simple (a laptop, microphone and mixer) the way his sound filled the room and matched the projections was, similar to all of the night’s acts was great. He was also the only act of the night who’s setup allowed him the freedom to move around the space, which he took advantage of. Walking between church pews and standing silhouetted against the kaleidoscopic projected background Archaic Frequency worked well with the environment and really leaned in to the visual aspect of the night.

Following Archaic Frequency was a harp performance by Ellie Denison. The acoustics of the church went beautifully with the harp and the whole set was dreamlike. Ellie’s performance was the highlight of the night for me, particularly because it’s not every day that I get to see a harpist perform in a dark church with a psychedelic backdrop, a surprisingly perfect combo.

I mentioned earlier that Archaic Frequency had a pretty simple setup, but Melissa Weikart benefiting from being the only performer who didn’t have any equipment to lug in. The churches piano sat on the left side of the room, ready for her. Similar to the performance she gave a few weeks back in Dorchester, Melissa showcased songwriting talent and a great use of her voice in tandem with the piano.

Finishing the night off was Off Land’s cool and calm set, filled with different sounds that ebbed and flowed in and out. While his set maintained a calm and quiet feeling, listeners were still able to hear him work with dynamics and could catch different sounds getting layered in or fading out. The lights from the electronic array of gear in front of him lit his arms up dimly while different colors swirled behind him as he gently brought the night to a close.

Overall I’d like to give a huge thanks to all of the performers and Chris Konopka for a super relaxed night of music and sick visuals. You can check out the photos of the event below, taken by me and Mark Davis. 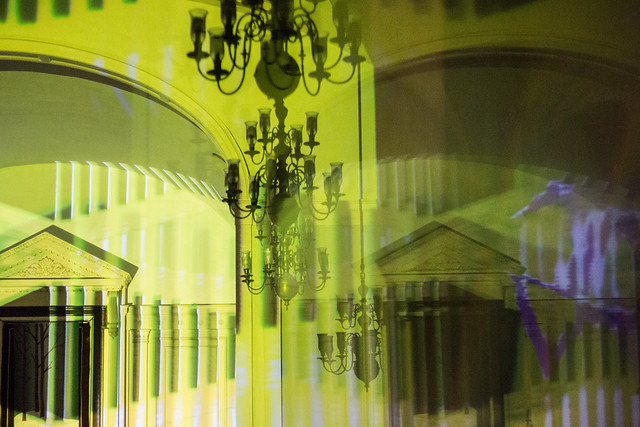 Are me and Oscar the only ones that give a shit about TRADITION in this family?!?