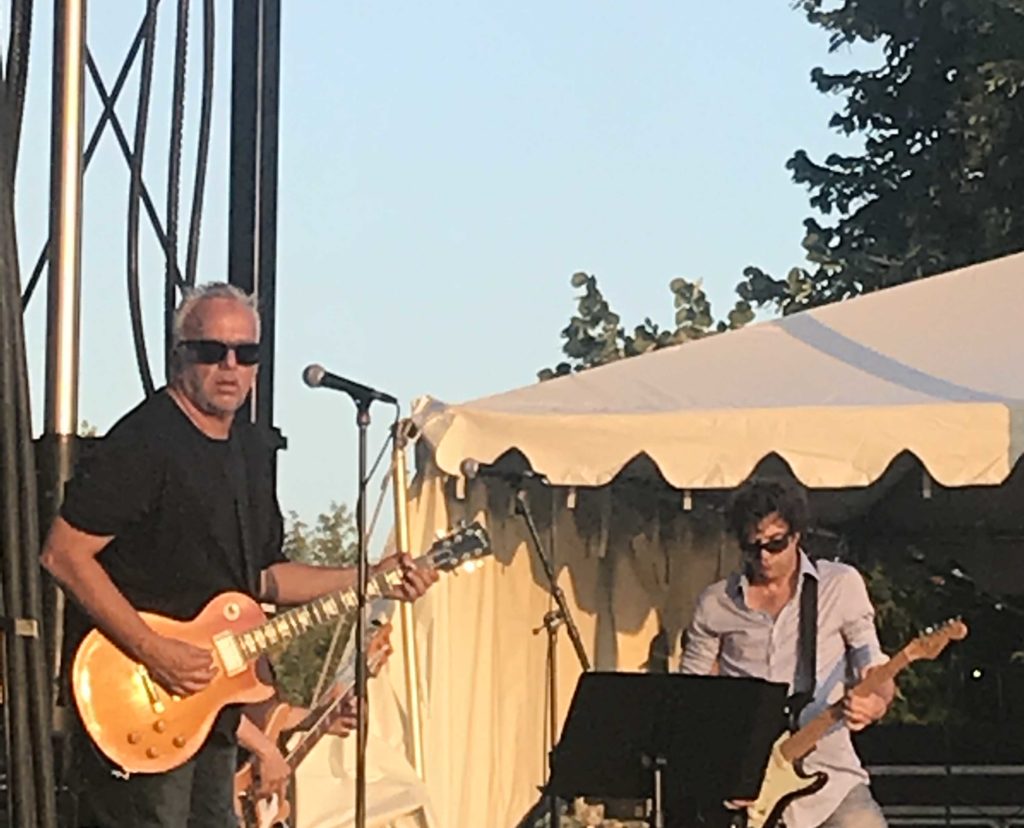 A great New England summer opportunity called on sunday 7/29, as Ween devotees (those who are one with the Boognish) descended upon the shores of the great Lake Champlain. I, answered the call. Champlain makes up a great chunk of New England’s western watery border, is a beautiful natural site, and of course even has its own monster. You almost couldn’t ask for a better setting to see one of the greatest bands in the land (of course I did see Ween on Boston Harbor last year, and then there was that time I saw them on that pier in Portland, ME and that was incredible too). And yes, Ween made even that stale ass outdoor venue on Boston Harbor come alive. Ridiculous and sad to be able to type “stale ass outdoor venue on Boston Harbor” without even a whiff of embellishment in the air, but I digress…

Some folks live the Juggalo lifestyle, some people caravan around after Phish, others are still chasing the ghost of the Grateful Dead. I won’t comment on those phenomena. Myself? Personally, I see Ween as often as I possibly can during the summer months (which usually isn’t very often because I never have any money). Lake Champlain was my New England chance to commune with the Boognish, Gener, and Deaner, and their fans. And that I did.

Why would I want to do such a thing (and time and time again at that)?

Well, first there is of course the music. Ween are one of the great songwriting bands to come out of the underground since their inception in 1984. They have piles and piles of classic tunes. These range from sub-mutant pop chestnuts, to sea shanties, to almost straight soul, onto country tunes, and reams of various strains of psychedelic pop and even more beyond. Ween legitimately executes an insane range of genre live even in their old age, nailing early weirdo pop as a duo or full band studio fuck wad power sludge pop. I quit going to see the big acts in the big venues a long time ago but during my time doing it (and through my haphazard recent lifelong youtube research) I really haven’t seen bands go from small to big and back again, in sound and size like this bunch. Don’t get me wrong, I don’t love everything the band does. Not by a long shot. But I sure do like a lot of it. I have problems with the stupidity and the offensiveness of some of the music and language they have used in their past. That is a road to go down for a whole article of its own sometime… 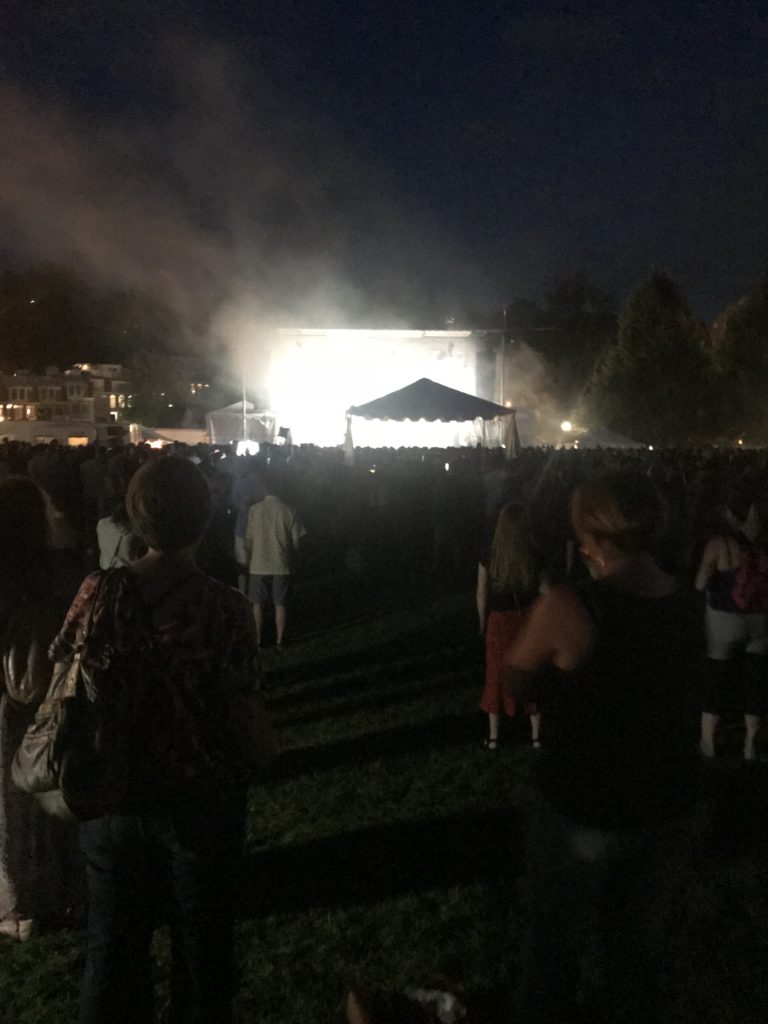 Secondly, there’s the space that Ween occupies in my/our hearts. Ween are the peak “band from the basement” that made it. So to the many of us who were in bands, or fucked around with music in any capacity with friends growing up: They are the champions. Kings of the losers. And I actually think this extends well beyond makers of music to those groups of friends who were creative in whatever way together growing up and dreamed big dreams of defying the forces of life and the universe to conquer the world (only to have the world motherfucking win of course)! Around this space in our collective hearts people gather together and are pulled together. And Ween plays. Or fucking Juggalos do Juggalo things. Or Jerry plays a solo from heaven. Or punks love and lose 100s of studs in the moshpit off their new leather jackets because they didn’t attach them correctly.

On the drive to Vermont the stereo burned brightly. Ween was absent, but their spirit lived through a rotation of jams by Meadow House, Demilich, weed, Cryptic Slaughter, Septic Death, Vermont country, D’Angelo, and more weed. And Boston melted away. And then we were there in Burlington and my friend, we’ll call him “Hiss” found a mint tea packet @ the hostel we were staying at and he deposited some travelling weed inside of it. He of course removed that mint tea bag himself to make way. He had no respect for that mint tea. And neither did I.

At this point in my writing I must admit I have lost my trip notes (which I had written in a little yellow notebook on which I had drawn the Ween logo (aka the common depiction of the Boognish) my first attempt @ drawing a band logo since high school I’d have to venture), but instead of not finishing the piece I’m going to trudge forward and just see what happens. I had my notes when I started, but they have been lost. My memory is a sieve, and it is now a month and 1/4 since the show.

The hostel we stayed @ was plenty nice. Burlington Hostel. Right by the lake, reminiscent of similar European accommodations. We met some Boston area folks while there that had also made the journey for Ween. Much younger than Hiss and I, but Ween-dom knows no age.

Burlington is cool I think. There’s a Bueno Y Sano. BBQ seitan for me. Mmm. Only stoned ass white kids working at this one. They forgot Hiss’ meat. Walked down into the record store that Sarah Moylan worked at I think. Had some nice tea at an outdoor table. Went to an arcade bar (the existence of which I can never condemn) but we sought to play our games with bloody marys in hand and this arcade bar could not make us bloody marys. So we had to part ways. This lead us to the Friendly Toast. Yeah there’s one in Burlington too now. A true New England chain. Anyway, they serve four different kinds of bloody marys there, so that’s where we stayed for a while. Then a short walk to the lake and Ween. 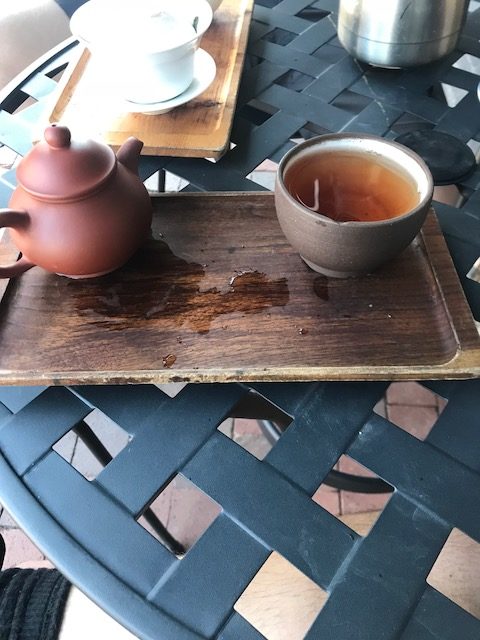 We got our tickets. And I got my photo pass too, and we were in. What a setting. Lake Champlain in our face. It was a carnival-like atmosphere literally. A bunch of small vendor tents set up as this was apparently the second day of a festival of some kind. $11 falafels (I succumbed hours later). $7 Harpoon beers. ONLY Harpoon beers. Jesus Christ. Harpoon had a monopoly going.  I accidentally tried to go into the VIP tent and because the security thought my press photo pass was a Ween photo pass they let me in. SCORE! The line for the port-a-potties was shorter, and the Harpoon beers only cost $3. Very special indeed. I ordered 2 so that I could score a cheap beer for Hiss as well, but I was informed that that was a no no, and so Hiss staggered back to the plebian beer tent to drop another $7.

The air smelled of marijuana. Deaner told us that the view wasn’t that great (he was wrong), and they played 3 parts of The Stallion. It wasn’t the best Ween show I’d ever been to, but everyone was happy, including me. About 6 songs into the set I tried to get up front to utilize my photo pass. Apparently it was only good for the first 3 songs. And so it goes. As you can see I took some shitty pictures anyway.

Boats boated in the background. The sun went down. People got happier. Ween played on. For hours. “Happy Colored Marbles” what a song. “I Can’t Put My Finger on It”, “Buckingham Green.” Yeah some quality tunes. Like I said, not the best set I’ve ever heard, but not bad either. And it’s only half about the set anyway. I had a lovely time. Hiss did too. He told me so. We wandered back toward the hostel among the crowds. There were rumors of Ween band members and even possibly Deaner showing up @ this spot Nectar’s up the road from the Hostel later that night to sit in with the band who was performing. Robert Mackenrodt, another Hassle site scribe would be there. I wanted to meet up with him (and actually meet him, as we’ve never met!) just as much as I wanted to possibly get in a small room with Deaner. Hiss and I parted ways and I went and stood in line for a bit. I got in the place. Then I saw that that first line simply lead to another line. At that point I had to go. Oh well. I got some chex mix and a Moxie and sat under a tree instead. There was a street musician playing. We spoke a little bit. Turns out Deaner didn’t show anyway. The next morning we drove back to Boston. 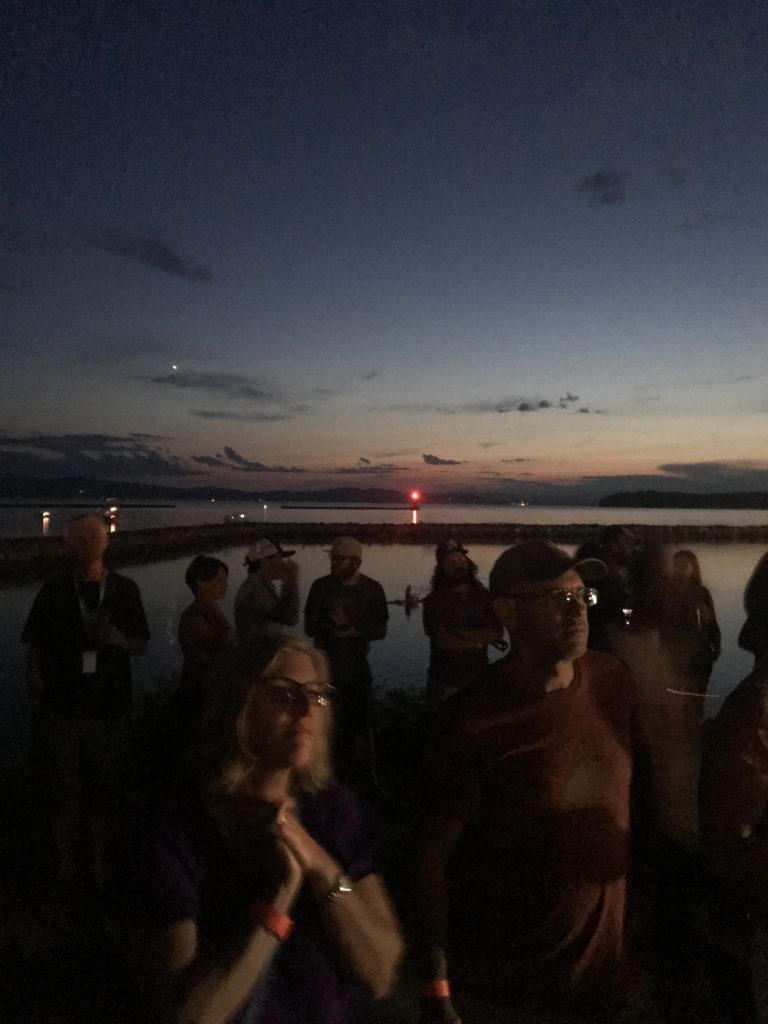 Did You See Me?
She Wanted to Leave
The Stallion, Part 1
The Stallion, Part 5
Japanese Cowboy
The Grobe
Boys Club
Voodoo Lady
Albino Sunburned Girl
Wavin’ My Dick in the Wind
Gabrielle
I Gots a Weasel
Object
Never Squeal
Ice Castles
Final Alarm
Captain
The Stallion, Part 3
Buckingham Green
China Cat Sunflower tease (Grateful Dead cover)
Happy Colored Marbles
Pink Eye (On My Leg)
The HIV Song
Exactly Where I’m At
Sorry Charlie
I’ll Be Your Jonny on the Spot
Improvisation
Demon Sweat
I Can’t Put My Finger on It