Since his big screen splash in the early ’90s, there have been few voices so prolific in the category of masculine goofball than Mike Myers. With characters like Austin Powers, Shrek, and the titular Wayne Campbell under his belt, I’m not surprised that much of my own cultural lexicon was informed by his filmography and, as such, I’m not shocked that I still think Wayne’s World (1992) stands tall, despite its depiction of two somewhat validated man-children. It’s still one of those pictures that manages to give full schwing to comedy without infringing on anything too out there or repulsive by today’s standards. 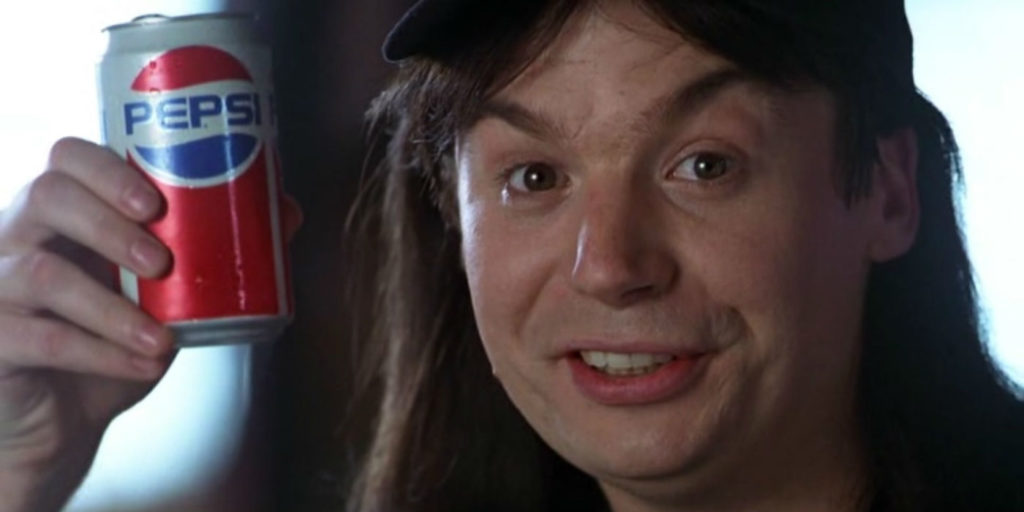 But I guess that ties into my previous point: Mike Myers is skilled in the craft of creating lovable doofuses who spew bits of toxic masculinity if only to play to a larger crowd. It’s the pinnacle of laughing at a character versus laughing with them for much of a picture. For example, I can’t help but laugh when Wayne Campbell spies someone whose beauty captivates him enough to announce an erection to a room or studio full of people because, hey, who would really do that? It’s so outwardly masculine that it parodies the behavior it emulates. This is the same way I can laugh at Austin Powers when he exclaims that the central conflict of The Spy Who Shagged Me (1999) yelling “I’ve lost my mojo!”

Again, the idea behind these jokes is disgusting, but the execution feels more tongue-in-cheek than anything else. 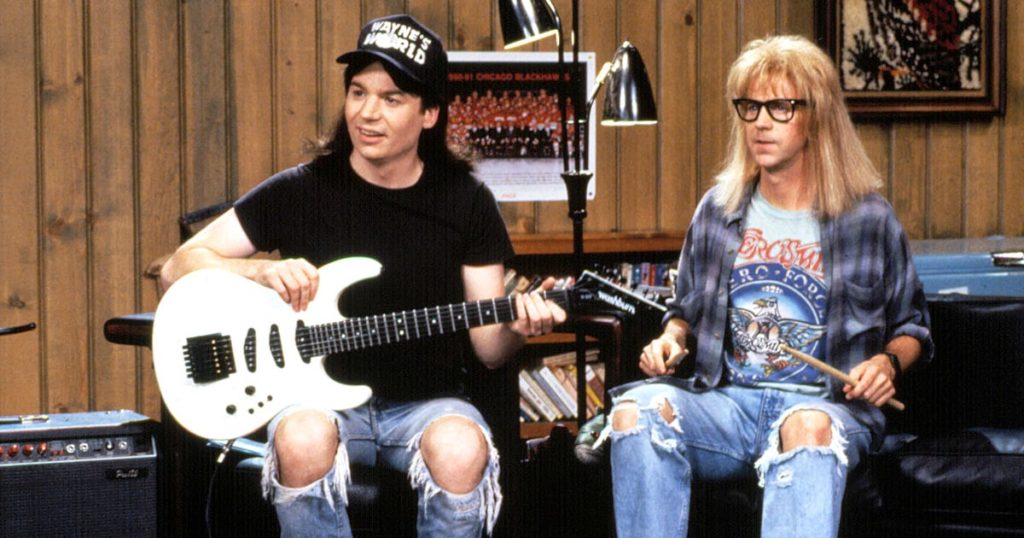 On a rewatch of Wayne’s World, I forgot just how close to home this picture hits, in terms of the mundane yet zany reality of suburban wasteland. I personally came from a small town on the South Shore of Massachusetts, where I grew up around socially distant yet incredibly defined folx who would regale you with everything from how their friends somehow were “squished” in some accident to how you could use some metal bar in the back of a truck to help pry some file cabinets from the town hall. Needless to say, it was painfully relatable to see a cast of characters like Wayne and Garth’s friends traveling through mediocrity from one locale to the next, looking for the next show to check out or finding the next bizarre figure to wander into their life.

Some stray characters of note include Ed O’Neill’s brilliant take on Glen, the manager of the local donut shop. I was familiar with Ed’s range from a recent viewing of Popeye Doyle (1986), but that clearly did not prepare me for his long monologues about the air that escapes a man’s body when he is slowly dying, nor did it prep me for his character being the only stranger to acknowledge the fourth wall, taking Wayne’s World down a dark road before Garth and Wayne pull us back into the fun.

Likewise, I was shocked to revisit Alice Cooper’s very insightful lesson on the origins of ‘Milwaukee’ as he took the role of schoolteacher in his own dressing room after Wayne and Garth have a brief yet memorable encounter with Chris Farley’s Security Guard character.

It’s not explicitly stated, but now that I’m older and more seasoned, I know why Wayne and Garth act the way they do: They’re always high. 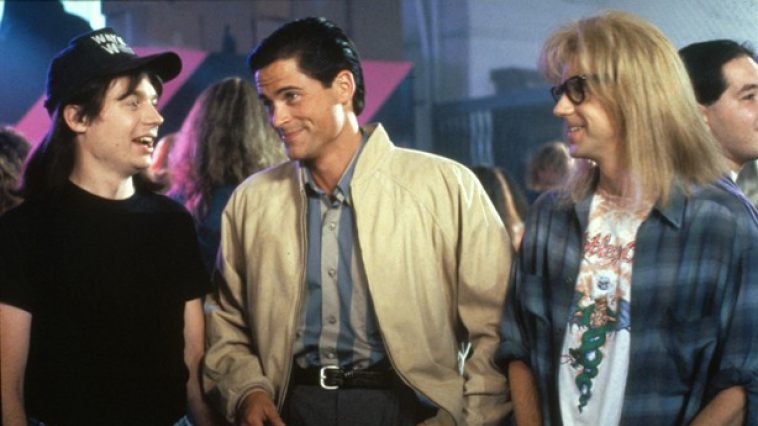 I know this was/is pretty obvious, but I’m not entirely certain you can grasp the real humor of it all until you’ve been high yourself.

Weed aside, I still think this is one of the best– if not the best– films to come out of Lorne Michael’s Vic McMahon-like hold on the SNL players. It far outranks the abomination of It’s Pat (1994) (a film that I hope screens someday near me so I can be blessed enough to write my thoughts on it, as the last time I saw it I was very sick and it all felt like a fever dream) and more classy than your Tommy Boy (1995) or Black Sheep (1996) type film. Hell, the jokes in here are on-par with something I would have seen in the early Mr. Show days, as they pull from absurdist sources, often leaning hard into something weird for the sake of a great pay-off later (looking at you, Security Guard scene).

Myers delivers a piece that feels whole despite a relatively lackluster story and, in doing so, is accompanied by Dana Carvey’s weird yet somehow needed Garth in a way that comes together feeling just right. The movie isn’t exactly a trip into the psychedelic, nor is it breaking any real ground. Instead, it’s something to veg out to or something to fondly revisit after so many years of worrying whether it’s aged or turned sour.

I guarantee part of its lasting value has to do with the brilliant direction of Penelope Spheeris, and have absolutely no doubt Tia Carrere is a total badass who owns Wayne’s World whenever she steps foot in it. So to anyone worrying about whether they should check this party out – hell yeah, you should.