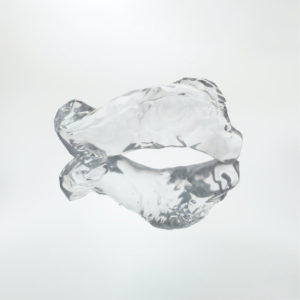 Composer SeaJun Kwon blurs the line between organized noise and polyphonic chaos with this collection of jazz-style etudes known as Suite Chase Reflex.

With this diverse ensemble, Kwon is able to manipulate dynamics and tone coloration to model his compositions in a way that brings the music to life. Often, the saxophones together become uncontrollable torrents of crisscrossed melody, shirking the structure of the song and soaring beyond it. Other times, the piano may hang out for an extended period of time; its reintroduction then sounds massive in the context of the non-chordal framework the rest of the band provides. This is to say that Kwon makes excellent use of the instruments at his disposal. He works with the unique timbre of each to accentuate the various alien-moods found throughout Chase Reflex.

The compositions themselves are some of the most intentional explorations of free jazz I have come across. On, “Walking Cliché,” the brass plays a series of repeating notes in unison that modify and obscure the song’s musical center. As unbalanced as it is, this intro presents itself as the primary musical idea since what follows are relatively free bars for the brass and keys to scatter notes over. Later, this band unison becomes a rarity—and so the return to it becomes a return to that uneasy but familiar center after a long journey through the middle nebulas of free sound in-between.

Much of Chase Reflex is like this. It explores the unnerving effects of chromaticism and dissonance within a set frame. Kwon usually selects a few foundational ideas to hold songs together, then works the chaos in around them. The title track has some apparent structure to it, but the almost full abandon of diatonic convention pervades this structure and corrupts it in a way that allows us to hear what could have been played in imagined dissonance with what is played.

“Ice Mountain” is probably the most majestic, or the most tonally pleasant of all the tracks. The band expresses clear chord sounds without deviation, after which Kwon takes a solo while minimalist chord voicings are whispered out on the keys. It is almost conventional jazz, if there is such a concept, and it stands in relieving contrast to the previous excursions on the record.

The sculpture on the album cover seems to make sense in the context of “Ice Mountain.” The trombone on this track sounds like a foghorn on a lonely stretch of sea where ice and desolation abound, maybe somewhere off the southern coast of Chile. However, the picture on the album cover isn’t ice like I originally thought—it’s actually a resin model of a dachshund’s midsection, which makes sense in context of the title, Chase Reflex, an instinct present in the dog that makes them chase things that run.

I had the opportunity to ask SeaJun Kwon a few questions about the nature of Chase Reflex, the significance of the dachshund sculpture, and the broader idea of jazz in today’s world-

Q: How do you feel about the finished product that is Chase Reflex? Did you accomplish what you were after with your original vision of the music?

SeaJun Kwon: First of all, I’m very happy with the result of the recording. My vision wasn’t very clear back then, but the members of the group (Walking Cliché Sextet) were naturally expressing themselves which helped me to formulate my vision. However, in terms of accomplishing the vision, I’m still trying to figure out what my vision is, so it is hard to say.

Q: A number of times you mention the importance of exploring duality in music. How did you approach this exploration?

Kwon: I think I’m always interested in objects (could be anything, a person, movie etc.) that can be seen in dual or multiple aspects or that have paradoxical characteristics. Most of my musical practices were related to either executing a layer or holding the layer while others create another over it. The exploration was basically extending that practice to the group. The layer could mean a lot of things, and this time the focus was technically on the rhythm.

Conceptually, I think I always wanted the boundary between improvisation/composition to become ambiguous. In other words, exploring the dual aspects of improvisation and composition in either horizontal or vertical ways. This can be depicted in many ways, but what we did in this record was simply superimposing the improvisation over the composed moments or gradually transforming them into another part. This is something I want to explore more in the future by trying more adventurous methodologies.

Q: What are some of your influences that you think were particularly important in crafting this record, musical or not?

Kwon: There is a big list of musicians I love, but I first want to mention the members of the group. A lot of conceptual ideas happened even without any discussion and what I did was I just listened back to our performances and took notes. Other than that, I’ll say alto saxophonist/composer Steve Lehman and Olivier Messiaen were technically important. Conceptually György Ligeti, Tim Berne, and Thelonius Monk were also definitely big influences for me.

Q: Do you have any thoughts about the future of jazz and its place in the world?

Kwon: It is really hard for me to speak about the future of jazz since I am not aware of everything going on. However, I feel like many of my friends are trying to create something different (maybe not exactly something else but something that is not very traditional) while using their jazz background as one of their influences. I think this is the natural thing to happen, and if these kind of variations or changes are more accepted and promoted to audiences, I think it will find its place in the future.

Q: What’s the story behind the resin sculpture on the album cover? Was the dachshund an old family pet?

Kwon: (This answer is a translation of my sister who is a working visual artist in Seoul, Korea)
The dachshund was an old family pet. Her name is Bamsea, and she passed away in December of 2019. The resin sculpture is part of her shaped when Bamsea was around 15 years old, before she passed away. The story behind this work is also about multiple aspects of Bamsea that were recognized over a long period of time.

She came to our family two weeks after she was born when she couldn’t open her eyes or stand by herself. Thus, to our family, she was the most beautiful creature that we’ve ever seen. My love for her never changed, but as time went by, I started to notice her other aspects like her smell, little bumps, wrinkles and other things. Thus, I started looking at her as being a more complex creature having both beauty and ugliness. Based on this, I composed a sculpture that contains her multiple aspects. Rather than making the whole shape of sculpture, I only shaped the one body segment to give a focus on its change through time. Moreover, the transparent resin material was chosen to make the changes more visible. Therefore, the visual complexity grows through time.

Q: Any other projects you’re working on that people might be unaware of?

Kwon: I have been working on my next record for the same group, Walking Cliché Sextet. We recorded some music last November and hopefully are going to record more in early summer with an aim to release it in September. It has some works that include my studies on microtonal harmony.