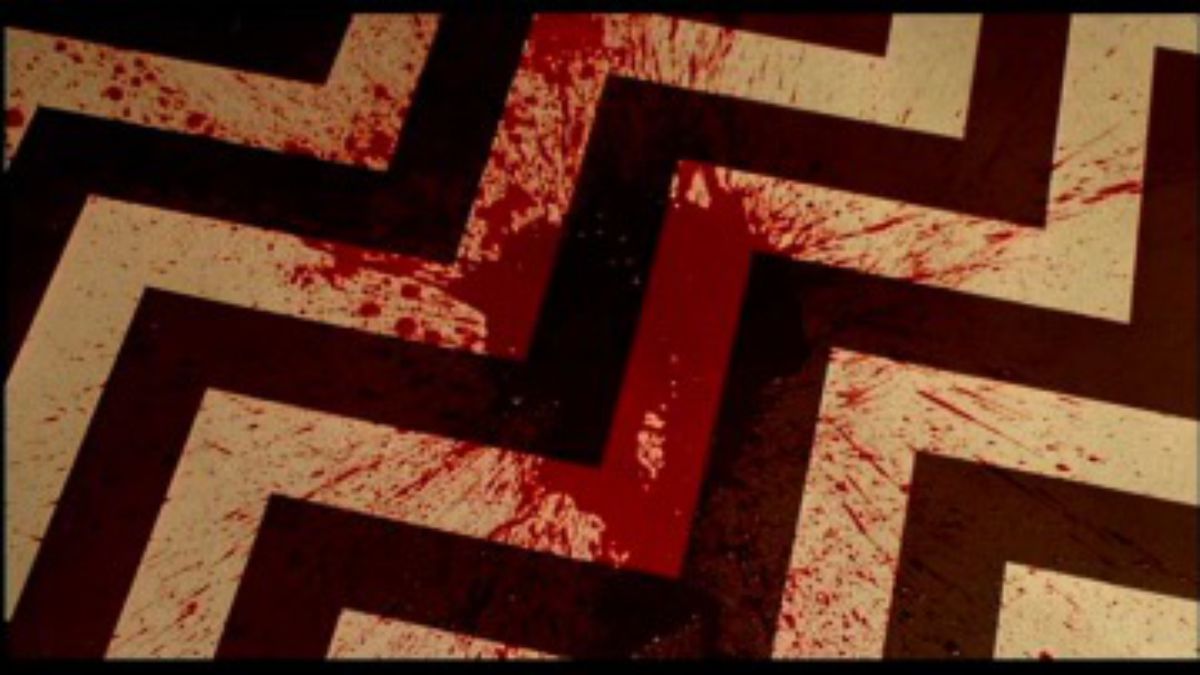 WARNING: The following may contain spoilers for the original two-season run of Twin Peaks. If you haven’t seen Twin Peaks by now, please imagine me gesticulating apoplectically and asking you what your problem is. Nevertheless, proceed with caution, and don’t come up on me.

By the time you read this, the world will be 37 days away from the premiere of season 3 of Twin Peaks. And I’m nervous.

I’m far from alone in this regard. As the Gen-X/Millennial nostalgio-industrial complex grinds into full swing, our generation has learned to greet revivals of beloved properties with trepidation. For every Force Awakens there’s a Phantom Menace, for every Fury Road there’s a Crystal Skull, and for every Samurai Jack there’s a Ren & Stimpy Adult Party Cartoon. Most relevant to the subject at hand, perhaps, is last year’s X-Files “event mini-series.” I actually liked the new X-Files more than many– it gave us a new Darin Morgan episode, some new scenes of the Smoking Man, and, for maybe the first time ever, actual forward movement in the central alien mythology– but it was still as uneven and scattershot as a six-episode mini-series can possibly be. So it’s understandable that the return of Twin Peaks, one of the most revered and beloved works in television history, would be met with guarded enthusiasm, if not outright skepticism.

But here’s the twist: I’m not actually worried about the quality of the new series itself. I’m worried that the internet will shit all over it. 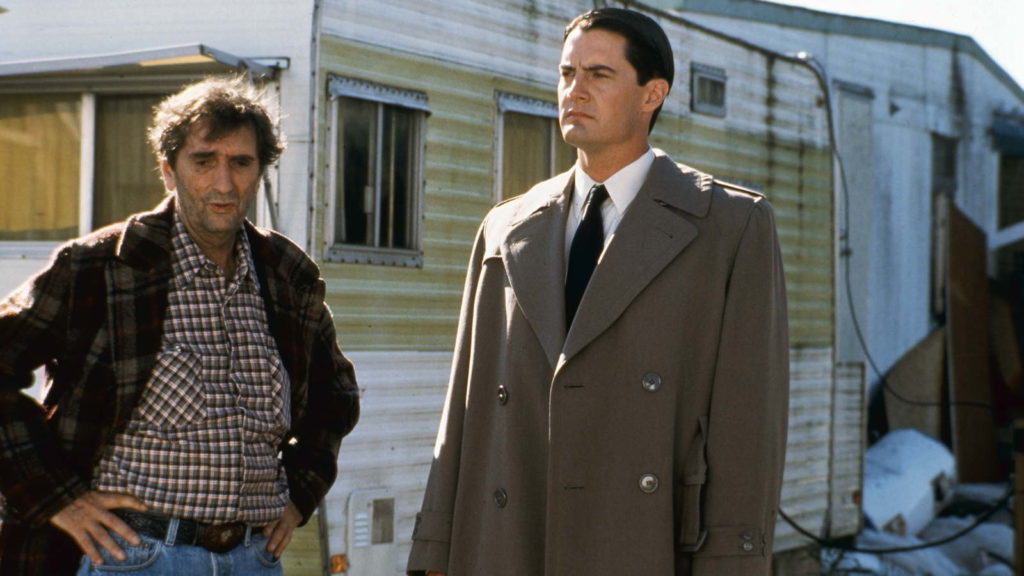 Television has changed a lot in the quarter century since Twin Peaks went off the air. Much of that can be traced back to Twin Peaks itself: while there were a handful of notable precedents (The Twilight Zone, The Prisoner, arguably Monty Python), Twin Peaks proved that primetime television could serve as a platform for honest-to-god auteurs and theater-quality cinematography. The seeds planted by Twin Peaks would germinate through much of the ‘90s before blossoming into The Sopranos, and subsequently the Golden Age of Television in which we now find ourselves.

That uptick in quality has dramatically changed the way we view television, and the internet has changed the way we talk about it. Where discussion of TV episodes was once limited to Monday morning watercoolers and afterschool basement nerd-outs, viewers now race to their keyboards to voice their snap-judgements before the credits end. And we expect more from TV, too– not just in terms of quality, but in terms of payoff. Much of this, again, can be traced back to The X-Files, as well as to Lost (perhaps not coincidentally, two shows frequently cited as heirs to Peaks’ throne). Both shows, in an effort to extend their mysteries into an open-ended format, made a habit of shuffling cards and kicking the can down the road, until no ending, let alone the ones either settled on, could appease their viewers. The fans had devoted years to these shows. They deserved answers.

And here’s where the trouble starts. If you were to take every creative talent on earth and rank them according to how much of a shit they give about fan service, David Lynch would be right at the bottom of that list. This is a master filmmaker who has spent the past decade making coffee, meditating, and recording pop albums; who refuses outright to discuss the meanings or special effects secrets behind his films; and who wrote this scene in an attempt to give the Twin Peaks pilot a self-contained ending. If David Lynch doesn’t work in a vacuum, he at the very least doesn’t seem to trouble himself with what people think of his creations. Fish will swim, the wind will blow, and David Lynch will write and direct whatever he damn well pleases, regardless of whether it’s what his public wants, or even whether it makes rational sense. 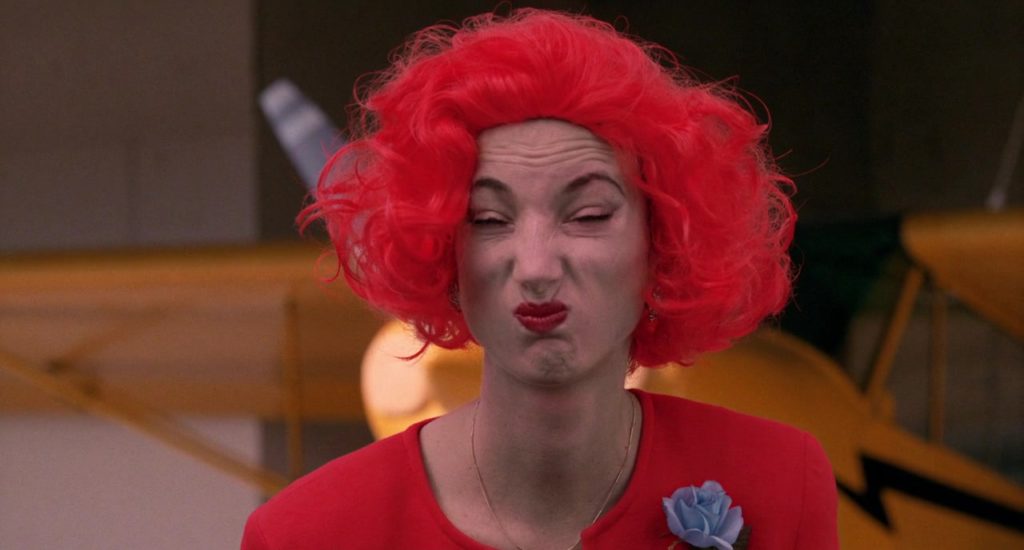 Which (FINALLY) brings us to Fire Walk With Me, the original Peaks prequel film, which screens tonight at the Coolidge. As the world girds itself for new Twin Peaks, hungry for resolution to an infamously unfinished masterpiece, it’s worth remembering that we’ve been in this exact same position before. When Fire was announced, shortly after Peaks’ untimely cancellation, fans rejoiced: against all odds, their favorite show was returning. Finally, they would find out what happened to their favorite characters (many of whom were last seen apparently dead, dying, or possessed by demons), receive answers to long-simmering questions, and, most of all, return to the spooky-yet-comfy world they’d come to love. The series had left them unsatisfied, but the movie would offer closure.

As anyone who has seen Fire Walk With Me can attest, those fans were given precisely none of those things. Rather than pick up where the series left off, Lynch went backwards– first to the related murder of Teresa Banks a year earlier, then to the final week of Laura Palmer’s life. Most of the beloved supporting cast wound up on the cutting room floor (where they would stay until the excellent blu-ray release three years ago), and the cockeyed humor, while present, was dialed way back in favor of the truly horrific nature of Palmer’s family and social life. If Twin Peaks was a weekly warm bath, Fire Walk With Me was a two-hour ice shower, shocking the viewer with disorienting set-pieces and a deliberately overmixed soundtrack. And it should go without saying that it answered no major questions, instead literally leading the audience back where they started, with Laura Palmer’s plastic-wrapped body drifting lazily toward the Packard Sawmill.

As large as Twin Peaks now looms in the modern consciousness, it’s easy to forget the fact that people hated Fire Walk With Me when it came out, and for a long time afterwards. Contemporary reviews were downright savage (it got booed at Cannes), and video guides from the ‘90s (remember those?) would chalk it up, at best, as an interesting failure. It was considered a lowlight of Lynch’s career, and for a while looked like it might have been his tombstone; he only made two more movies in the ‘90s (one of which was the profoundly out-of-character The Straight Story), and didn’t really fall back into critical grace until his 2001 masterpiece Mulholland Drive. Fire was a misstep, a misjudged curio of a postscript to a great work of art. 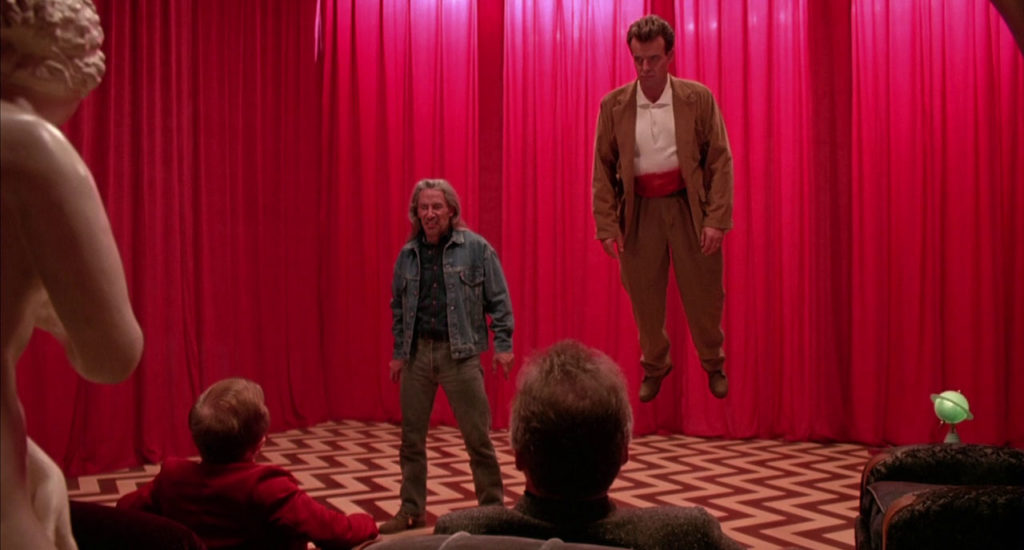 Time, however, has been kind to Fire Walk With Me. As a new generation discovered Twin Peaks on reruns and DVD as a fully formed work (this author included), Fire came to be viewed less as missed opportunity and more as a vital, if very different, chapter in the Twin Peaks story. It contains some of the most mesmerizing scenes and images Lynch has ever shot, and while the theatrical cut lacks such beloved characters as Major Briggs and Pete Martell, it features memorable turns from Chris Isaak, Kiefer Sutherland, David Bowie, and Harry Dean Stanton (the latter of whom is slated to return in the new series; Bowie was reportedly asked, but was too sick to participate). And the work by Sheryl Lee, Ray Wise, and Grace Zabriskie as the Palmer family is truly extraordinary, showcasing the horror and heartbreak only implied in the series, and allowing Lee to inhabit her iconic role in a way she really never got a chance to in the series proper. It is, if not a masterpiece, then at least a singular film within a singular body of work.

All of which is to say this: I have no idea what the new Twin Peaks is going to be like, and I don’t think anyone on earth who isn’t David Lynch (or maybe Mark Frost) does either. I have no doubt that it will be, at the very least, interesting, and undeniably important– it is, after all, 18 hours of Lynch-directed footage, a number nearly equal to the running time of all of his feature films put together. It is also probably safe to say that it will be a vastly different animal from its predecessor (I can’t imagine what a middle-aged-James plot will look like, let alone one where he looks like a wimpy Rob Halford). I can only hope that our generation, which has never viewed Twin Peaks without the benefit of hindsight and context, will keep an even keel, and not turn out to be those squares who didn’t get why it took so long to solve Laura Palmer’s murder, or why we had to spend so much time bleeding out and swapping riddles with a giant.