In times of crisis, art always seems at a risk of seeming superfluous. At both a local and national scale, the urgent needs of the population take precedent: everyone needs to eat, and it’s hard to make a sandwich out of a painting. Sculpture doesn’t necessarily get us clean water.

Luckily, we’ve been given two exhibitions that are uniquely positioned to address a specific national moment. The 35-day Trump shutdown has had a resounding effect on the American people, in unemployment costs, in the cessation of a multitude of government offices and health services, and in an abandonment of the care of national spaces and monuments.

The Peabody Essex Museum’s Nature’s Nation exhibition and William Van Beckum’s Ghost Lands show at Gallery 236 both present a vision of an American landscape in crisis, albeit at vastly different scales.

Van Beckum’s photographs, on view at Gallery 263 in Cambridge, combine landscape photography with modern technology; his works merge our cultural notion of what our national parks look like with how they are ingested by modern tourists. The images are compiled, degraded, and meshed together into composite pictures. The largest and most intriguing piece is comprised of over three hundred individual photos of Bear’s Ears National Park; visitors are encouraged to take the small prints for themselves, eventually leading to the degradation and gradual illegibility of the piece itself. Van Beckum emphasizes that American nature is in danger in an era of climate change, and filters that danger through an obsession with technology and social media. Although Van Beckum’s obvious distaste for social media dominates the exhibition, the reconstructed images he presents of iconic American spaces illuminate the precarious position of our wildlife in the age of the Trump shutdown. 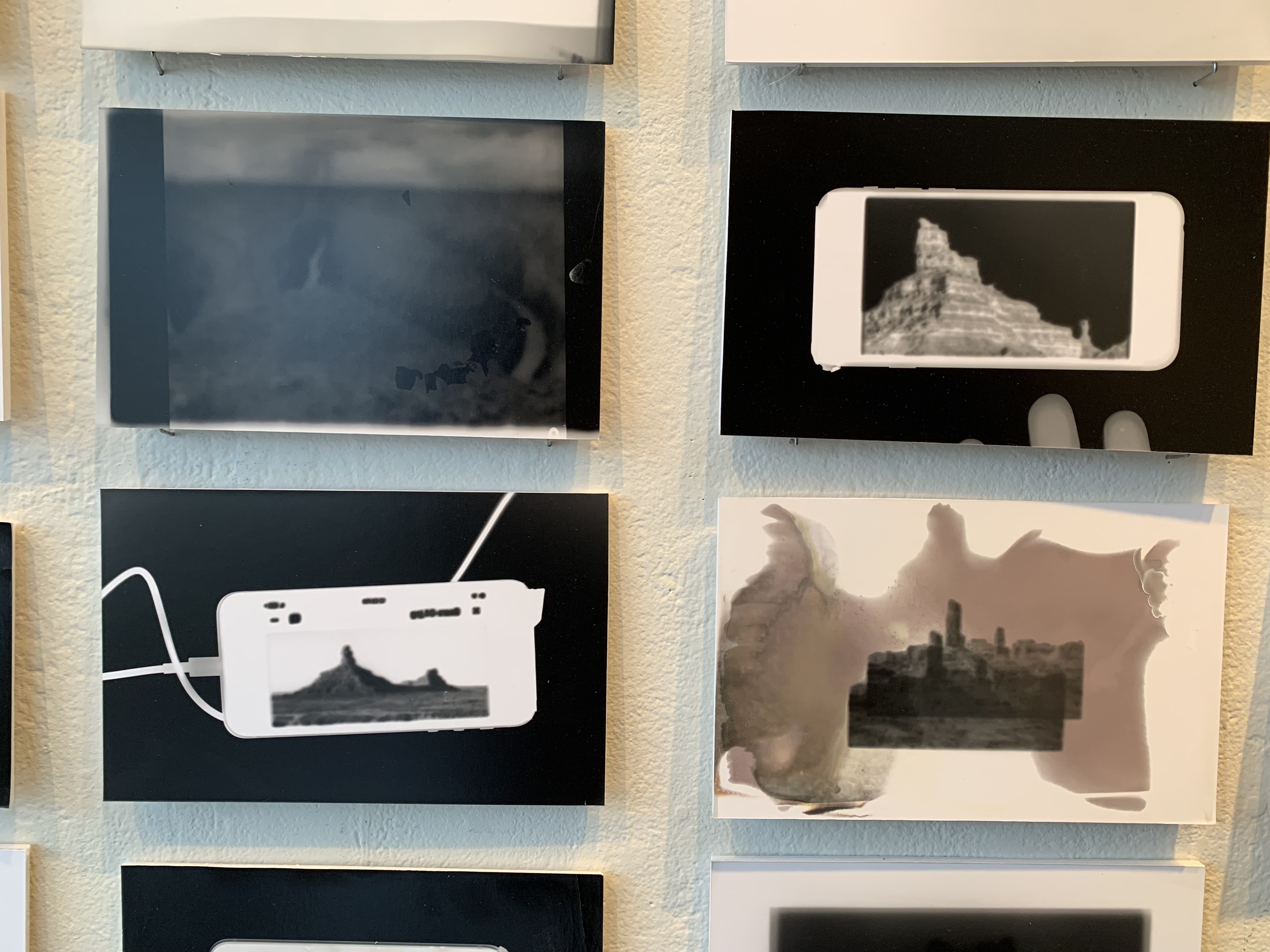 The Peabody Essex’s wide-ranging exhibition Nature’s Nation, on the other hand, forces its audience to consider the very idea of what an iconic American space is. The show is impressive, taking the visitor through pre-Columbian indigenous works to contemporary performance art by Native American artists, telling the story of the founding of the US as intrinsically tied to the land itself. The exhibit neatly illustrates the role which art and images played in the consolidation of the American empire; the Peabody Essex knows that art has been used to build up the myth of American exceptionalism, and multiple parts of the show highlight works that do this. Moving through the colonial era, the exhibit’s most intriguing curatorial decisions come when discussing landscape painting in the 1800’s. Placing contemporary works reacting to the historical paintings seamlessly throughout the space, the exhibition guides visitors through the history of American landscape painting, while simultaneously pointing out the structures of power and privilege at play in each image. The exhibition illuminates marginalized contemporary artists’ reactions to (and protests against) elite American landscape art; centering dissenting black, latinx, and indigenous voices, Nature’s Nation does the work of widening our understanding of American landscape. 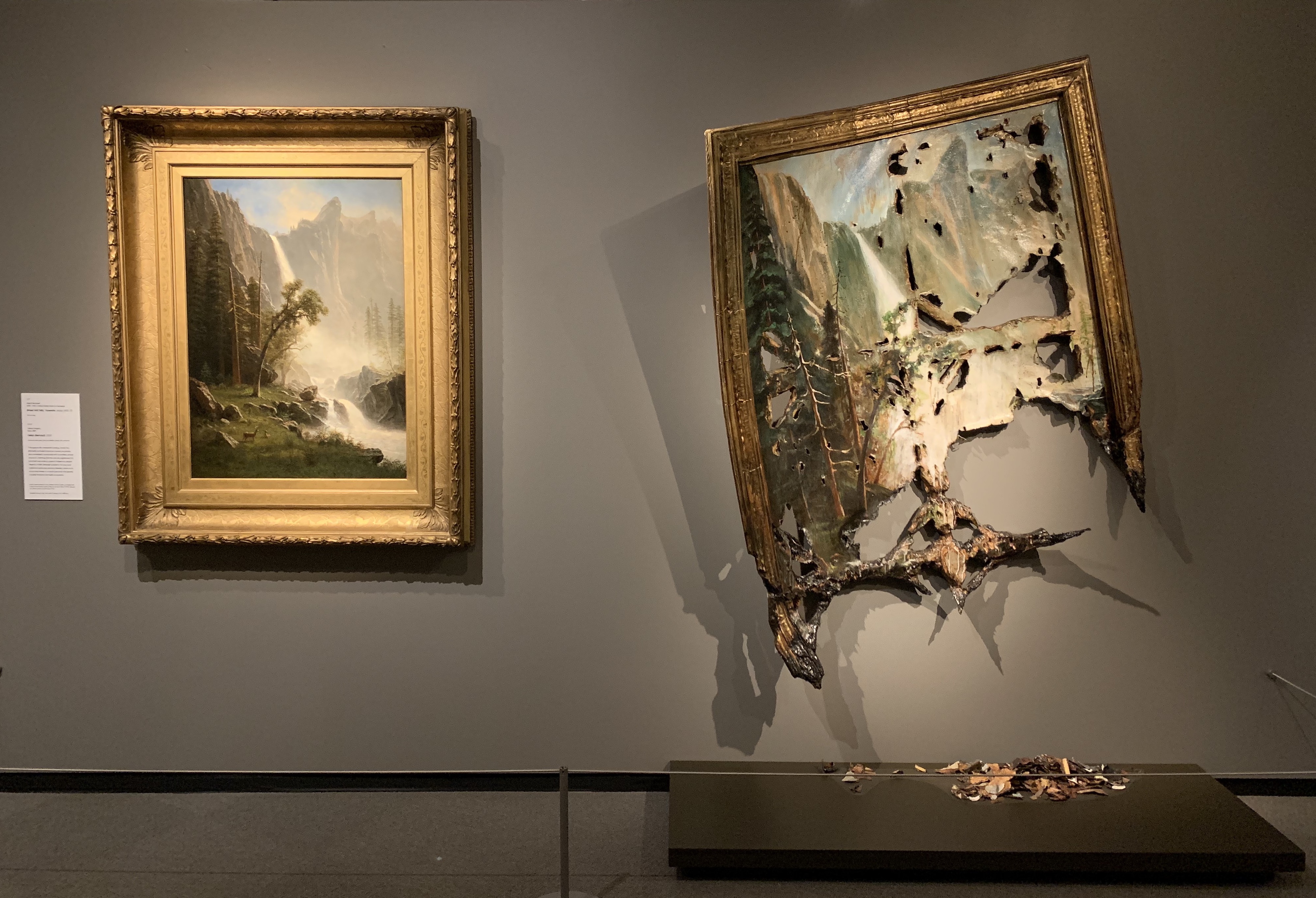 It’s almost impossible to compare the two shows in terms of scope. Gallery 263’s Van Beckum exhibition highlights an intimate slice of the artist’s body of work, while the PEM strives to cover an entire continent’s worth of landscape art. Despite this, however, the two shows are joined by a cultural thread; a socio-cultural moment in which many Americans are feeling a deep-seated threat to nature itself. The Trump shutdown threw this into sharp relief for many Americans, bringing the precarious relationship between the government, the people, and nature to the forefront of our national conversation. Something about the presumed American-ness of the landscape is under attack, and both Ghost Lands and Nature’s Nation strive to help viewers work through this existential dread about the state of the country. They interrogate what the land can mean, and how we define what American land is—both past and present.

Nature’s Nation will be on view at the Peabody Essex Museum in Salem through May 5th. Ghost Lands was held at Gallery 263 in Cambridge from January 10th through February 9th.