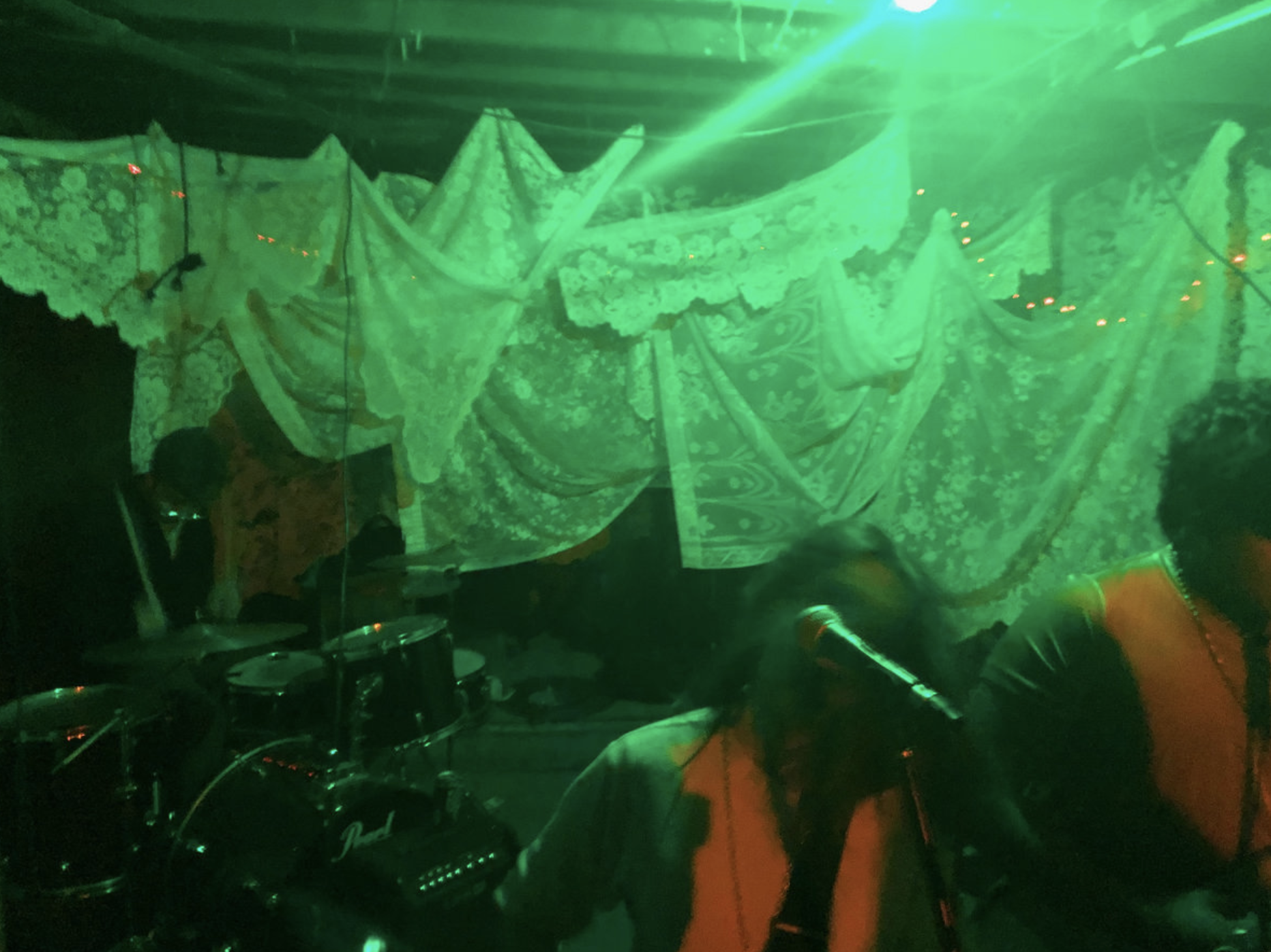 This year was full of ups and downs, but some of the best parts came from playing with some delectable bands. This is by no means a comprehensive list, but it’s a collection of bands who created memorable moments for us and everyone around at these shows this past year.

We had the pleasure of playing with both flavors of Ice Cream Orphan (The product of Cam Pulaksi’s beautiful brain) this year: acoustic and full band. One notable aspect in each show was how strong and clean Cam’s vocals rang out- either just above their guitar or cutting through the wall of noise they and their bandmates generated. Also, Cam’s songwriting is so damn good that it works in both formats: unplugged or very very plugged in.

Featuring music written by Andrew Muccitelli (the most wonderful person alive) Bonnie Parker is a persona, a queer energy that performs music you can cry AND dance to. We played a show at Studio 550 with Andrew doing Bonnie Parker solo, and were still captivated by the energy he brought to songs beloved for their full band recordings. The audience was filled with bright-eyed gays from Emerson College, singing their hearts out and delivering each word with its fullest intent.

Sweat Enzo, as far as we know, is a fella on acoustic guitar who sings and plays guitar to the sweetest tunes ever written. Sweat Enzo played a set of short, yet warm, songs they’d written on a piece of paper, featuring an inexplicably fitting Les Mis piece, putting them in the top tier of best former theatre kids along with Andrew from Bonnie Parker. Impossible to accurately describe through text, the whole set was among one of the friendliest and most pleasant experiences of the year: an atmosphere one can recreate by simply listening to their music.

Pregnancy Mask is a band (whose members overlap with Mudfuck) fronted by Fen Rotstein, whose growls and screams cause the room to quake with pure rock and roll. We recently watched them record their set at Trendy Shit Town and found their ability to stay in pocket/hear one another so well in a Greater Boston Area basement delightful, along with their crowd-pleasing choice in covers.

Freaking is a wonderful band full of wonderful people. On a cold December night prior to our show with them, our (Nick Adams’s) car decided to break down full of gear (and the backlining kit) on Mass Ave, with “30 minutes” left until we had to appear at the venue (basement). We DM’ed the group chat asking for help from other bands, and who was to give us a call other than Chris, the guitarist of Freaking. Coming straight away in a superior SUV, they saved us all and then proceeded to end the show with a set so raw it resulted in a pit getting started at around 11:30.

Narrow / Arrow is a genuine Midwest emo band that made their way down to Allston, MA in a minivan in which they offered to save us, on the same night our car broke down with Freaking. Later on, they played a set which was danceable yet also mesmerizing, as their guitarist and vocalist played two guitars at once throughout the set-one hand on each-one slung around them normally and the other clamped down like a lap steel in front of them. Also, the next day Mena found out through social media that the bassist is the person behind one of their all time favorite emo projects, Cheap Emotion, so we’re gonna link them down below too.

Tino is a newwww band who we’ve gotten the honor of playing not only their first, but their second show ever! Being in their first show was a wild ride of glitter, pop funk, post pop, and courageous instrumentation.  Their second show is looking to be another exceptional time that we anxiously await. Although their music is coming out to the public in 2020, they currently have an Instagram where they continuously show us they’re the cutest band in Boston.

Looks Like Mountains is a newish group from the area who just dropped their first album, Retired: a collection of soft songs you can enjoy at the gig, in your room, on the prowl, etc. They played last in a heavy four-band bill, yet were enjoyable enough to get us all to keep moving through the night til their finish. What more can I say?  Their music’s good, they’re nice fellas, and they even backlined the kit that night.  Sounds to me like the greatest band of all time.

The Water Cycle is a band that sounds great and has great members. We actually only played with them by accident, as, on the day of the show, a band from the bill that Nick and Mena play in dropped, prompting Nick and Mena to finesse their way onto the bill in the form of this band. However, we’ve known of the Water Cycle for so long that bopping/moshing with the audience that night during their set felt like home. Also check out Big Jack Booking.

Trash Rabbit, AKA Massachusetts’s favorite boy band, will be playing The Worthen Attic in Lowell on 2/7.