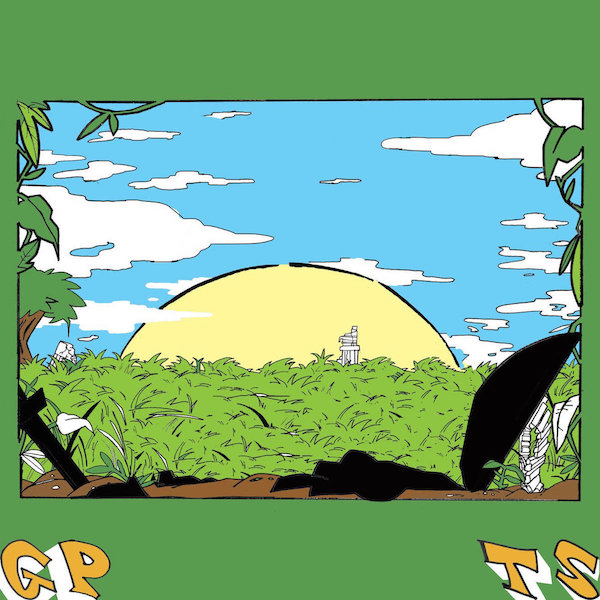 It was late. Maybe 3 AM. I was walking in the cemetery. There is

eadlights cast strange lights and shadows on the statues and cr-

ucifixes lining the graves. These crucifixes surround the clust-

ers of small rectangular headstones embedded into the grass.

I could go further into my description of the memory, but these

particulars are only interesting to me. However, it is worth no-

ting these white stucco crucifixes surrounding the graves have

sculpted into their surface miniature scenes depicting the 12 s-

tations of the cross. The Mother Superior’s grave is at the cen-

to, and apart from, the others.

It is easy for the eyes to draw themselves to the stars. Despite

pared to other environments there is very little light pollution

which makes for primo gazing. Occasionally you can hear the dem-

onic wailing of a motorcycle or police/ambulance/fire siren tri-

fecta. Occasionally one will lead to the other accompanied by h-

Because the cemetery is stepped, with grave clusters on each st-

ep, when you are at its highest step you can see over the trees

at its base. From this vantage point there is essentially a pa-

noramic view of the sky. Usually around 3 AM I’m able to spot m-

ultiple satellites. Occasionally there are times I shift my eyes

and silent contemplation from the viewer.

There are the constellations, of course, Aldebaran being an int-

a future when there are starships in the night sky. Taurus, th-

e bull Orion chases, shaped like a V. The star beneath Aldebar-

an is really two stars, if you look closely. Imagining ships c-

oming and going. The V resembles an “air” strip. Similar to wh-

at the pyramid resembles; a bridge to the sun. Or moon. Or a s-

Thinking these thoughts and then seeing a satellite. Disorient-

ating. It takes a moment. And then there are the strange events.

The eye is drawn to a large fireball shooting across the sky. I

hen they saw these things. There are the fireballs, stranger t-

han strange, and then there are the lesser meteors. These, like

the satellites, can be spotted frequently and are equally fasc-

inating. And then there are the planets, of course.

But, I prefer satellites above all else. They are the ones that

do weird things. Fireballs are shocking but burn out quickly in

wanton abandon. Shooting stars, as you might call them, are mo-

re precise. They usually come in groups, but, often times, burn

out quicker than the fireballs. Satellites linger as they fade

over the horizon. And, that takes a while.

Recently, in the past two weeks or so, I’ve seen bizarre things

with the satellites. The most interesting to me were a set of

twin satellites. One brighter than the other. Coasting along at

an equal distance and speed for about 30 seconds. But then, sl-

owly, their light faded away and they “disappeared”. They weren’t

at the horizon, but they were getting there. It happened two o-

ther times. Maybe a week before this scene I caught sight of a-

nother odd satellite. As I stood looking upright I noticed a s-

omething in the corner of my eye and focused to see a small, b-

right dot moving across the sky. And then, quickly, the light

faded. And it wasn’t anywhere near the horizon. The same thing

Perhaps these are obscured by clouds that I can’t see. It makes

sense, but they are travelling at a very high altitude so I wo-

nder if this is the case. It seems like the sort of thing that

happens with the fireballs, and shooting stars but slower. May-

be these “satellites” are asteroids slowly orbiting as they are

sucked into the Earth’s gravitational field. They fade because

they burn out as they pass into the atmosphere, like the others.

Whatever the cause, these are the most bizarre events I’ve wit-

nessed. But, spooky. Satellites, moving stars, are spooky, but

when they “go out” it ups the spooky ante.

ning to music. I had collected about 20 songs from various art-

ists whose work was submitted for review. After organizing the-

be concerned – I set about listening to the collection in its

entirety. You see, I listened to each album – or catalogue of

albums – from the various local artists and picked my favorite

tracks. This collection was the soundtrack for my patrol.

I arrived in the cemetery, excited by the sounds, and gazed for

a minute or two. I spotted a satellite moving West to East acr-

oss the sky. The music stopped. The next track came on. It was

ow who or what the song was. I only judged it by the sound and

was surprised to learn the song’s title. The name “Dale” has a

deep and significant meaning to me. For some reason, a bizarre

group in Leverett – next to Amherst – went around calling each

other Dale. They set up a fund, “Drinking For Satan.” All were

members of the UMASS Cannabis Reform Coalition. More or less.

it. I wasn’t thinking. I was staring at the satellite as it m-

ove slowly across the sky. The Wurlitzer electric drum pattern

perfectly expressed the image of a satellite pumping out data.

And the other sounds. “This may be one of the greatest pieces

of music I have ever heard.” The chord progressions are color-

The sound environment is expansive. The wavering tones are a r-

ny interesting layers. While the ideal of a late night listen

while watching a satellite chart a course across the heavens m-

ay be unrealistic for some, a breath of fresh air while aurall-

y ingesting choice cuts is both realistic and healthy. It’s a-

lso why the Hassle exists. To help you be a healthy well integ-

Tongue Splitter may be a group of crazies for all I know, as t-

he track I refer to may be the most deranged, hypnotic, concoc-

and deranged in their own ways, but this strange Martin Denny

style freak out music is a nice arrangement. What’s good for t-

he goose is good for the gander as They say. Who is “They”? I

don’t know. But this is an interesting album.