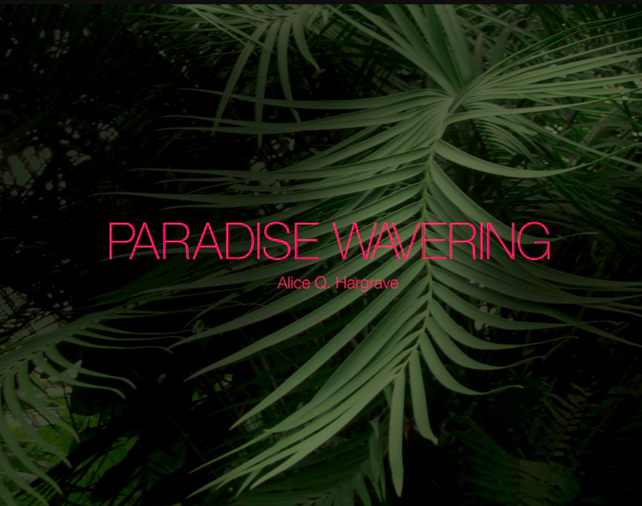 Alice Q. Hargrave’s Artist Talk is one of Boston’s Spring 2017 Artweek events, and it is one that will be particularly worth attending. Hagrave will speak about her photo series in her new book Paradise Wavering, which captures her own family’s archive of 8 mm films and snapshots of flora, fauna, and tropical plants. 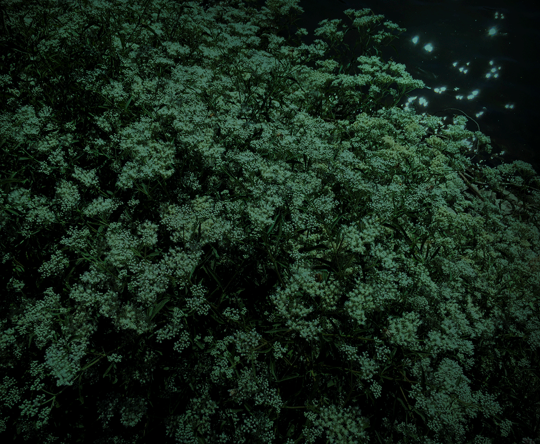 Paradise Wavering is a collection of two distinct themes in Hargrave’s body of work: the passage of time and experience shown through her travel photographs with her family, and the theme of environmental uncertainty and dreams, which Hargrave shows through images of lush flora and tropical plants.

Reusing travel photographs for the purpose of art is not new, and the medium of photography is frequently used to showcase travel, exploration, and adventure. However, the first impression from most of Hargrave’s photographs is the evocation of a time long ago when photographs were taken exclusively with film and polaroid cameras. This type of nostalgia for an older form of photography is consistent throughout her travel and plant photographs, such as in Montagne Russe, but the primary, more subtle theme to consider in her work is the theme of dreams. 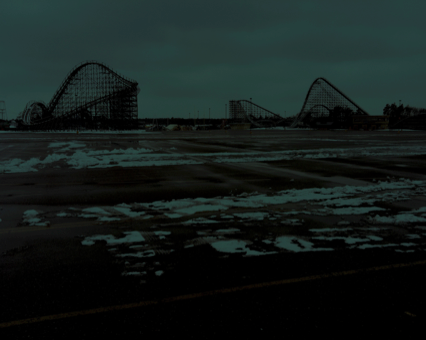 Hargrave uses the unfocused camera in images such as Underwater Prairie as one technical tool to enforce the dream theme. The images are blurred and it is difficult to get a full view of the image, much like how dreams are often only remembered or understood in pieces. Hargrave continues with this technical trend in a few other photographs, including Gust of Sand. 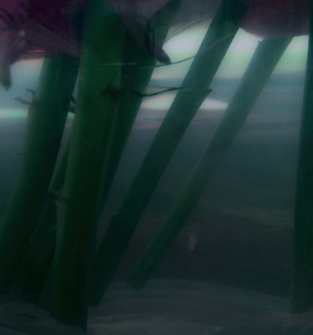 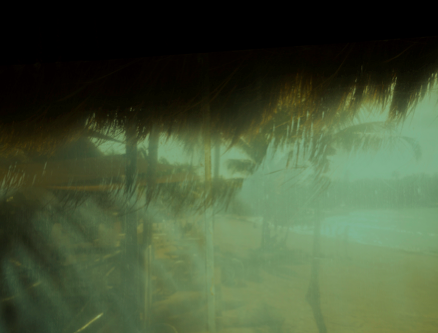 Many of the photographs included in Paradise Wavering have imagery of mist, dew, or water, which could suggest that dreams are integral themes in Hargrave’s work. For example, in her photograph entitled Cypress, the imagery is of a canopy of tall, tropical plants in the midst of some rainfall. The role of water here is not necessarily directly tied to dreams, but water is thematically related to ideas of change, purification, and renewal, which are common feelings and experiences in dreams. In fact, water plays a role in books such The Grapes of Wrath and the Bible for the same thematic purposes as in dreams. 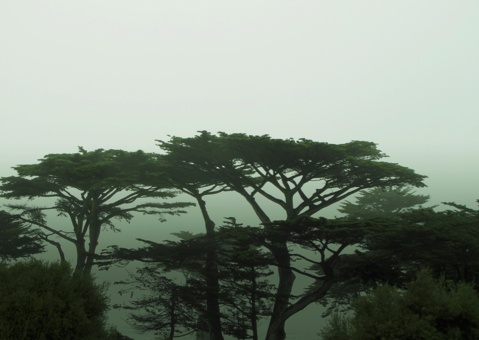 There are some connections between Paradise Wavering and other biblically inspired texts, including John Milton’s epic poem Paradise Lost, which follows the story of Lucifer’s disobedience of God. In Paradise Wavering, images like River Night show some of the peaceful qualities that might be seen in paradise, which Milton describes in Paradise Lost as a place that is filled with trees, plants, and rivers.

It is important to note that Alice is not creating an epic story with heroes the way that Milton did in Paradise Lost; however, the floral imagery and the titles of both works certainly suggest that Alice may be trying to communicate her own ideas of paradise.

Trees and plants are one of the more obvious connections between Paradise Wavering and Paradise Lost, but another important theme that runs parallel in these two bodies of work is the theme of disobedience and rebellion. 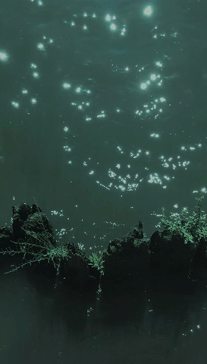 In Paradise Lost, the rebellion and general disobedience of Lucifer against God plays a larger role and is more explicitly observed in Paradise Lost than it is in Hargrave’s photographs. However, the main form of rebellion that Hargrave depicts in Paradise Wavering is the rejection of the environment in its current state, and her presentation of a past in which the environment around us was more natural, and when the trees, foliage, and plants were more abundant.

The photograph entitled Biosphere is a good example of Hargrave’s conception of how our current industrial landscape could have once been a forest in our distant past. The photographs of forests and trees appear to be lighter in mood than the images of buildings, which are often shown in dark sepia colors. This attitude of rejection to industrialization forms a strong thematic foundation in many of Hargrave’s photographs in Paradise Wavering, in which the natural world is seen as a more hopeful and optimistic one than the modern world, with its extensive industrial development.

Paradise Wavering is a fascinating exhibition to visit, and Hargrave’s Artist Talk will be a fascinating event to attend, especially considering our current political and environmental climate.

Hargrove will discuss topics such as her choice of 8 mm film as her photographic medium, and her use of memory, trees, and nostalgia as themes in her work. After the talk, Boston based photography author Elin Spring will lead a conversation with Hargrave, and Hargrave will be signing copies of Paradise Wavering.

Further details about the event can be found on 555 Gallery’s website: http://www.555gallery.com/

In The Grapes of Wrath, water was used to highlight the changes and differences between social classes.

Religious figures like John The Baptist used water to purify Christians who underwent a change of heart through baptism.