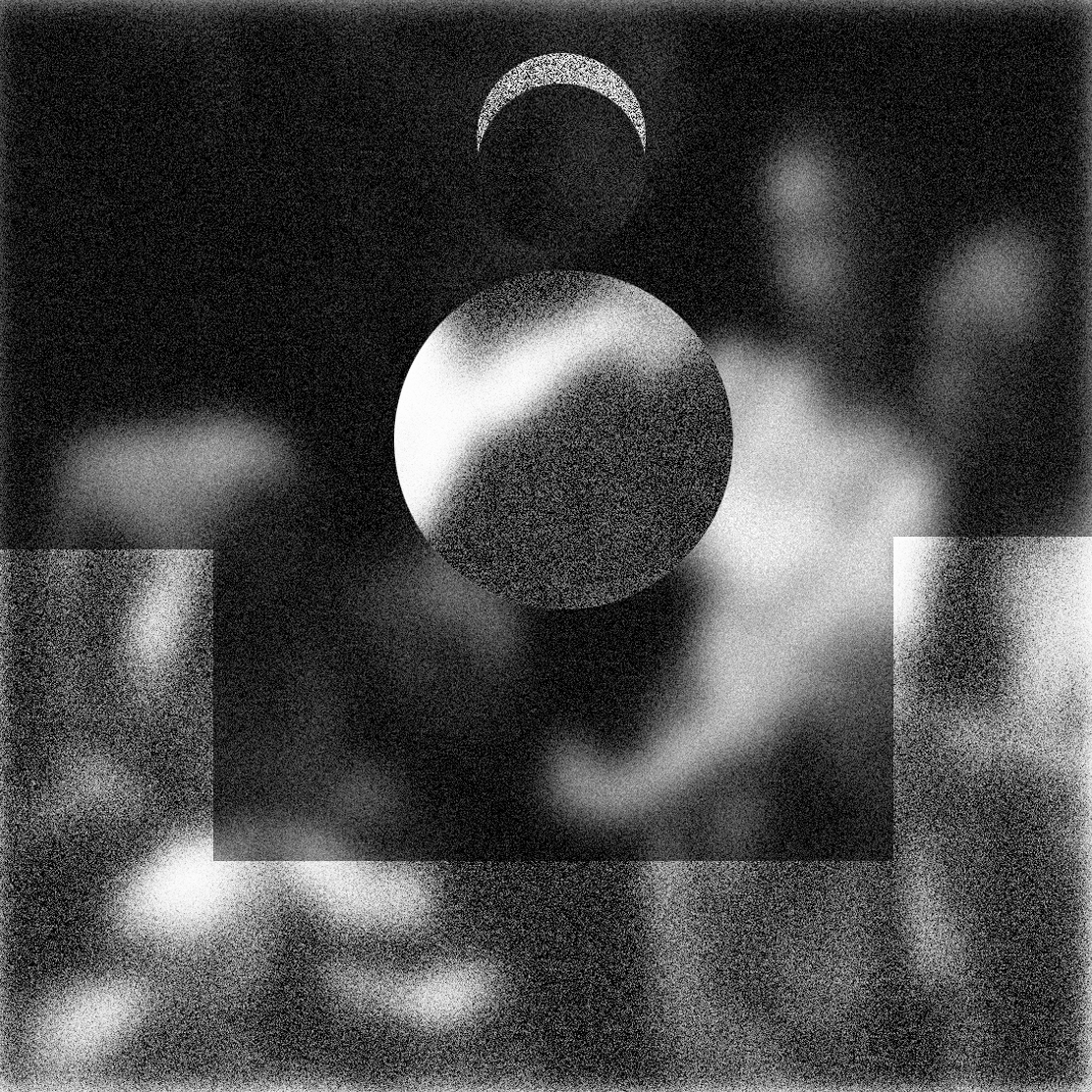 To close your eyes or to watch.

Somewhere was me ask myself to close my eyes or to watch. The plague’s abyssal timescale, invisible epics of evolutions from pervious viruses, collapsed onto our now, the right now of notifications and train delays, imperiled us from that distant when.

Somewhere was someone cross the street to avoid me on the sidewalk.

Somewhere was me get stoned and doomscroll through the hyperspace. All time collapsed on itself, slow-motion freefall in the pit of text and images and emotionally-manipulative exponential sentiment flood the void in computation. The language that I used to program myself was called Brutal Primitive. A high design, expressive language, packed with sensory-generation libraries.

Somewhere was me sitting alone in my house watching a TV.

The week before quarantine, I bought a plant. A little spiky guy that I planned on bringing into the office, because that week I started a new job at a nonprofit. The plant was thumb-sized and spikey and fuzzy. The first time I saw it in the shop, I had to touch it because of the fuzziness, but it took a few minutes of walking around the inside jungle for me to come back and get it. When I started work, the other companies in the building had already moved to a work-from-home schedule. The plague was in the news, but my boss was not taking it seriously.

Monday was paperwork and placing my plant at my desk. Tuesday the plague was a part of every story, in the news, in conversation. Wednesday a coworker did not come in because of pneumonia. Thursday the office was locked to anyone that was not an employee to keep the infection out. And on my first Friday a coworker came in sniffling coughing raspy sick, confided in me, asked me not to tell the director that she was sick. I suggested that she take sick time, but she did not want to. And the next Monday, we were all working from home, and my fuzzy plant has a new home. It would take a month for my new-job insurance to kick in.

In a dense forest, a giant demon burst, crashed forward, a nightmare of squirming patterns swirled out of it in all directions, charged on four legs, all-over covered head to hoof in writhing blood-colored worms. Run. It was headed towards a village with an idyllic cluster of houses utopic harmonic. A god, an enormous beast, infected by a demon that had brought the god back to life. That’s how Princess Mononoke started before the hero was banished from his people, because he too was infected.

Death is both unthinkable and ubiquitous.

The plague was everywhere, invisible to the eye, extending beyond the world of surface: it covered our thoughts, those worm-ridden worlds of mandelbrot infestations.

So instead of being offered tests, we were being told to act as though everyone has it. Crumbling crawled circular cranium caves. The plague was totalizing.

I don’t believe there’s such a thing as TV

I mean – they just keep showing

The same pictures over and over

And when they talk they just make sounds

That more or less synch up

That’s what I think

The eerie sense of expecting a collapse but each day it did not happen. Cuomo anticipated fourteen to twenty-one days until New York’s outbreak peaks, as New York City alone records 222 deaths in a single day. The government predicted thirty percent unemployment this month. One in three people didn’t pay rent on time this month. Read threads about delirious obsessions with the abstraction, the outline, the metrics, the plan.

Try to read the news but find myself stare blank for a moment. So the presidential candidate in 2nd place dropped out, endorsed the person in 4th, a person with sexual assault allegations. Who then encouraged people to risk everything to vote in a plague. But then everyone thought that candidate was dead. And then more plague voting. But they weren’t dead, they just had trouble forming coherent thoughts. That’s what happened in the primary?

A seventeen-minute song about Lee Harvey Oswald is trending

Across the street from my house was a blood bank, a warehouse full of bags of blood. I made a playlist called Stress Music. I put it on to get in the mood for the times, and I think about the blood bags.

More doomscrolling. Oh the ‘every word did 9/11’ account has 74.2K followers. Oh the plague took Michael McKinnell, architect who designed Boston City Hall. While the 20th century was defined by the eternal return, the 21st looks to be defined by the never going back. Other images of empty spaces that were crowded before scrolled. An empty square in a city I don’t know. An empty shopping center. The intensification of the thickening.

We have a new type of rule now. Not one-man rule, or rule of aristocracy or plutocracy, but of small groups elevated to positions of absolute power by random pressures, and subject to political and economic factors that leave little room for decision. They are representatives of abstract forces who have reached power through surrender of self. The iron-willed dictator is a thing of the past. There will be no more Stalins, no more Hitlers. The rulers of this most insecure of all worlds are rulers by accident, inept, frightened pilots at the controls of a vast machine they cannot understand, calling in experts to tell them which buttons to push.

The undead demon of our society, covered in writhing worms. All other narrations enveloped also in the worms. Escapist dreams of floating above and beyond contain infection too. Vectors. Exponential growth. Incubated post-interaction with flesh or surface or narrative.

A month later and my plant is dead, deflated in its soil. Only slept for 4 hours last night. Again I find myself thinking about the blood bags across the street. My insurance just activated.

Hyperplague. The plague took the top of all hierarchy. Nothing consumed without the blessing of the beast.

They say, “Assume everyone has the plague, even you.”