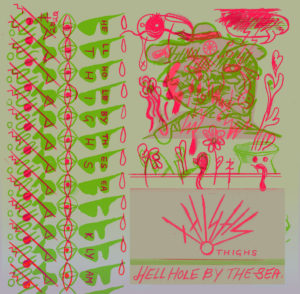 In the process of getting back into the
swing of reviewing materials. Major pers-
onal distractions and I just found an F-
TP server hosting, apparently, all of S-
teve Parish’s SiriusXM show. “Big Steve,”
the highly entertaining—to me—Grate-
ful Dead “roadie.” A boon on the one hand
and an inescapable rabbit hole on the o-
ther…

But I was on Bandcamp experimenting to-
day. Unfortunately my computer died a f-
ew months ago. For once, thanks to back-
ups, I averted full destruction of coll-
ected materials. But most of my gather-
ing utensils went with it. The thing ab-
out computers is, for one of a thousand
possible reasons, old computers are occ-
asionally able to do things new compute-
rs can’t do. Strange, but some programs
won’t run with new bits and bobs. Or, c-
ertain features are abandoned. RSS feeds
won’t load anymore so that was a major h-
it.

I finally pieced things together tonigh-
t. Even so, Bandcamp is somehow studyin-
g my habits. I click a tab for “Newly A-
rrived” and all I see are Jim Kweskin a-
nd Thighs. I panic, briefly, over the s-
tudying of my interests, but then I smi-
le. Thighs appears to have released a p-
roper collection of the tracks I was se-
nt several months ago. And the lyrics a-
re provided!

It’s incredibly foggy out tonight. So I
start the music and wander around a bi-
t. It sounds good. It sounded good when
I first heard it, but I was told it was
a rough mix. This isn’t. Very crisp. Re-
calling myself complaining to the artis-
ts about their lyrics being indeciphera-
ble. I’m a words man. At least that’s t-
he idea. I can hear the words clearly t-
his time around. Sick. Maybe it has som-
ething to do with reading them before I
listened. I don’t think so, though. The
track “Pinko” specifically seemed an ap-
t introduction to Papa Smurf’s sense of
humor (paraphrase): “I’m from Massachus-
etts. We just legalized pot.” I clearly
remember wishing I could discern the re-
st of the lyrics. I smile in the fog. I
am at home with this kind of forked ton-
gue, mindfuck, humor.

An added pleasure was watching the Thig-
hs performance from the Hassle Telethon
in 2018. The occasional glitches with e-
quipment assuaged immediately after the
singer/guitarist serenaded the viewer f-
rom the depths of a bush. His other pro-
ject, Weird Energy, seems the perfect d-
escription for the spectacle. Additiona-
lly, I recall thinking, as the singer t-
akes off his guitar and stalks around t-
he set, “Hey, I heard all these songs o-
n that rough mix from a few months ago.”
Knowing the music already gave me a cha-
nce to appreciate the performance as a p-
erformance. Good, weird, energy. Music
should be played. In front of people. I
hear that a lot from Big Steve.

I’m listening to the lyrics. Smiling. I
can hear them. The music is clear. Stra-
nge angles and contortions in time. The
music I’d produce would be as calming a-
s possible. My natural disposition is
paranoid or “on edge.” The music eithe-
r helps with that or drives me into the
numb, blank state of dissociation. I
can play that kind of music all day and
be happy, but I’m aware of the thing liv-
ing in my head that wants to kill me. I
know it’s nothing good. The sort of ni-
hilistic dope-lust that is cancer for s-
ocieties and individuals.

Tracks like “Famous Guy” and “Fatter” (t-
wo versions) are slow with ritualistic d-
rumming. Attracting that weird energy in-
to the music. The words are absurd. Dream-
like. “Freedom Fries” makes me laugh eve-
ry time. I had this thought: Smiles are a
sign of fear. Nervous laughter. It made
high school difficult. A lot of people s-
eemed to be afraid of me when all I want-
ed was to be liked. Maybe they could sen-
se that. The singer makes strange noises
that may be my favorite part of this who-
le collection because it makes me laugh.
As he says, before making the noises, “W-
hat do you think about that?”

I mentioned walking through the fog. I b-
egan feeling on edge. I was listening to
Steve Parish most of the day. Last night
I watched a video of the Grateful Dead p-
erforming at Foxboro Stadium in 1989. At
one point, Bill the Drummer makes terrif-
ying faces. I’ve seen strange and inhuma-
n things happen to people’s faces under
similar circumstances. I went back to th-
at place. Most people never leave that p-
lace once they get there so I’m thankful
I’m able to come and go as I please. It’s
a reminder, though, that it wasn’t just a
dream. I may have forgotten, but that d-
oesn’t mean it still isn’t there. Maybe t-
hat is why I’m on edge. And why I loathe
nihilistic bullshit. Humanity may be a lo-
st cause, but if that’s the case I might
as well be dying trying to help it. Dyin-
g to live, if you will.

I appreciate things that strike at the r-
oot issues. Pruning bullshit doesn’t cha-
nge the fact it’s still bullshit. Somet-
imes—all times—it’s easy to get cozy;
complacent. Happy? What IS fun? When peo-
ple speak about the failings of our coll-
ective society the idea of fun as a commo-
dity always rubs me the wrong way. Dispo-
sable fun isn’t real fun. It isn’t even
black magic, although the people concoct-
ing it probably are black magicians. Or,
maybe they are just nihilistic con artis-
ts. Maybe they are possessed by that th-
ing living in their skulls that everyone
is trying to ignore.

Thighs is/are a great band. The songs th-
emselves are like little self-sustainin-
g machines. A track like “Pinko” has a s-
trong engine. Indeed. I wrote to the art-
ists after listening to the rough mix and
said I was reminded of TG. Shades of the
Contortions. A pleasing conglomeration of
industrial/no-wave/jazz and, of course,
punk rock. More Flipper than Hawkwind. Or
The Clash. They may not be able to play
their instruments—a track like “Fatter
(Purple)” has a consistently wavering b-
eat that is disorientating—but they h-
ave no aspirations of doing a cover of
“Spanish Bombs.”

All of the tracks appear to be about Mc-
Donald’s Hamburgers & Fries and their
allure. Like the image from yesteryear
of laughing faces representing fear I’v-
e always drawn a strange parallel betwee-
n eating and sex. The McDonald’s of sex.
This thought ties in with the name, Thi-
ghs. Ever expanding and increasing—lu-
st—like thighs fed by poisonous fastf-
ood. McDonald’s as a symbol of all that
is wrong with the world. Recalling an a-
rticle I came across that read, “McDona-
ld’s: The Most Bountiful Harvest Of Foo-
d Mankind Has Ever Known”. This has bee-
n a symbol of everything wrong with the
media. It completely informed my perspe-
ctive on news reporting and had me con-
templating a good old-fashioned drown
in the river. It may have been a halluc-
ination. But, sadly, I think it was rea-
l. Like the thing in my head.

Thighs is great. Great music to listen
to while going for a walk in the fog.
I’m going to go back to listening to S-
teve Parish talk now. This is fun. It
will always be fun as long as there ar-
e people to bang stones against other
stones. By that looks of it, that may
be all that is left of us pretty soon.
Even then, Thighs will be fun.

“In the end, though, the plan lacked l-
ong-term vision.”

A few questions for Steph Lak