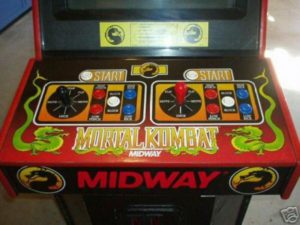 A roast beef sandwich is a different thing on the North Shore than anywhere else. It’s not the same thing you get at Arby’s or make at home with cold cuts. The roast beef 3 way– American cheese, mayo, James River BBQ sauce, typically on an onion roll with a side of deep fried broccoli bites– is to the North Shore as cheese steaks are to Philly or deep dish pizza is to Chicago. Pizza was secondary at the pizza shops of my childhood; you were there for the beef.

Unless you were a teenager. Then you were there for the video games. For many children of the ‘90s, pizza and sandwich shops served a dual purpose of not only serving greasy food, but also acting as a local arcade. It made sense for these establishments to cash in on the fighting game craze at the time and suck quarters out of teenagers.

With the recent release of Mortal Kombat 11, which I highly doubt is only the eleventh Mortal Kombat game, I decided to take a trip down a bloody and beefy memory lane. Here are my top 3 places I would go to in order to play Mortal Kombat, as well as other games of the time. 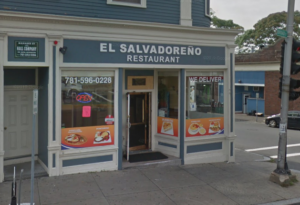 Now apparently “El Salvadoreno,” Beef World is the easiest of these places to remember for me. I’m sure a lot of it has to do with the no-nonsense name and the big neon bull which once decorated the front. It was located on Broad Street in Lynn, just a short drive from my home on Cherry Street.

Beef World had two arcade machines in the front corner of the shop: a Neo Geo cabinet with rotating games (typically Metal Slug and Puzzle Bobble), and Mortal Kombat II. The amount of people who wanted to play Mortal Kombat at this point of time probably kept Beef World afloat. I have no recollection of what their food was like, and neither does anyone else I talk to. What I do remember is the amount of rumors and gossip going around the crowd here.

Dedicated arcade goers were known for letting their imaginations run wild when it came to their video games. Typically, someone straight up lied about something in the game, like being able to fight a man completely engulfed in flames on the Pit stage. This would spread among us, and we would eventually start doing stupid things like having one player hold the block button for thirty seconds while the other inserts more quarters, or something equally as asinine.

The talkative demographic and fierce competition really made this place stand out. I’ll never forget the time I finally beat the headphones-and-sunglasses dude who always used Kung Lao with my Kitana jump kick and projectile spam. RIP, Beef World. 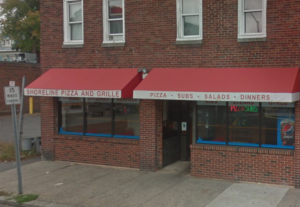 Just a short walk from my house on Lewis Street in Lynn, Four Star had the Greekest of Greek pizza; essentially a large crusty pastry with a thin layer of sweet sauce and a thick circle of cheese from which most likely could be lifted off the pie completely intact.

As for their sandwiches, the beef-to-bun ratio was underwhelming and the meat was just a little too well done. The North Shore ‘Beef should be red to pink, and always thinly sliced. What Four Star (I think it was Four Star, but it may have been Five Star) lacked in food options it more than made up for in their arcade game selection.

Not only was Mortal Kombat II available, but the selection also included Primal Rage; a game about dinosaurs pooping and peeing on each other, and Killer Instinct, the first game I could think of with a much coveted “Nudeality,” wherein one of the female characters would flash the opposing character during the end of the match, who would then pass out due to…excitement? Admittedly, time has not been good to either of those games, but the novelty of something new and different during the video game boom was too much for ‘90s kids to pass up. Kudos to Four Star (now Shoreline Pizza and Grille) for trying something different. 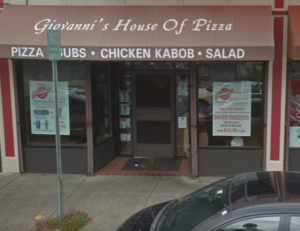 To my knowledge, Giovanni’s is the only establishment on this list that still exists. Unfortunately, it is my understanding the staff is no longer the angry Greek employees who yelled at me when I was a child. Yet another shop/pizza beef place located in Lynn, Giovanni’s was better known for their cheesesteaks, different from the Philly variety in the former’s usage of American cheese. Gyros were also a staple, but the younger version of myself had a hard time eating anything more exotic than chicken fingers, let alone a Frankenstein meat off a rotating spit.

Giovanni’s did not have Mortal Kombat, but they did have at least one version of Street Fighter 2. Street Fighter was probably a bit more important to me at that time in my life. While the lore did not contain flaming skeleton ninjas and four armed men with ponytails, the “feel” of the game came way more naturally to me.

I think perhaps because Giovanni’s was further down Lewis Street, you didn’t see as much fervor for video games there.  It was obvious to the staff that hopping on the bloody Mortal Kombat train costed them precious quarters. Only the most diehard, old-school Fighting Game fans would occupy Giovanni’s.

The majority of business seemed to come from the generation before me who wanted their paper bags of food transparent with grease from Greece. Giovanni’s mostly made the list due to the food. It’s hard to find anyone who grew up in Lynn who was not a fan. 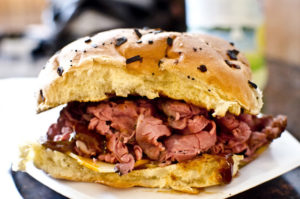 That’s all my memory can conjure up at this time. There had to have been more eateries I’m forgetting.  For instance, I know for sure there was a place near Beef World my parents did not like taking me to that also had a few machines.  Still, these are the ones that stand out brightly in my mind. If you would like more information on the coveted North Shore Beef, I highly recommend the North Shore Beef Connoisseur Group on Facebook, which features a Google map with all known beeferies. Just make sure not to make a fool of yourself by posting something about Arby’s, or even worse, mentioning a roast beef sandwich with lettuce and tomato. If you’re on the North Shore and are looking for a sandwich, just follow what I call the rule of Mikes: if the place is called Mike’s, it’s probably good.

Never had Cambodian sausage but always wanted to try it? Read on!