Not to be confused with the forgettable 2011 remake/prequel, John Carpenter’s The Thing (1982) is a film which taunts its viewers through concept and design. It’s a masterpiece which plays upon a uniquely human fear…

Who should we trust?

Offering an ensemble composed of incredible character actors (i.e. Wilford Brimley, Kurt Russell, and Keith David), The Thing uses the full extent of its cast to establish characters and relationships that are pushed to their bounds all throughout its 109 minute running time. It’s through this narrative that we, as the audience, are left in the role of the terrified skeptic tasked with questioning if the people we see on the screen are, in fact, who they claim to be.

Kurt Russell plays R.J. MacReady, a working-class hero type who audiences identify as the eyes and ears of this picture. He serves as a trustworthy vessel in this tale of doubtful identity – someone we simply know we can trust based on the fact that we’ve seen him for the majority of the film and that, in considering the present situation, it would be absurd for him to be anything other than who he claims to be. 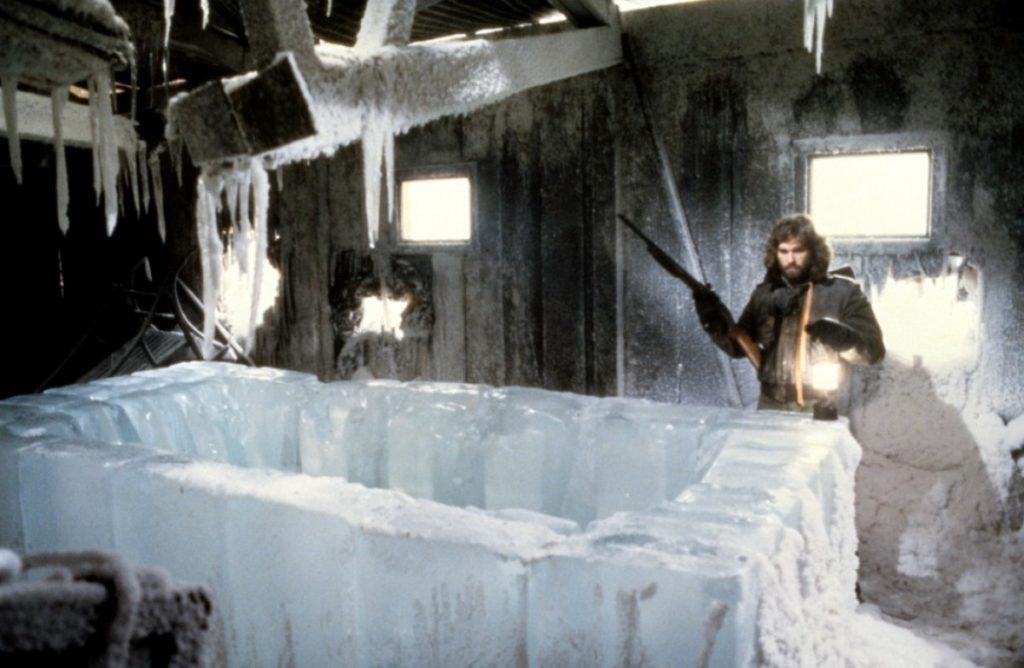 But what exactly is that present situation?

MacReady, Dr. Copper (played by Richard Dysart), and a few other hairy-faced Americans are sent into the antarctic in search of what might have happened to a group of Norwegian scientists conducting research in the area. Upon their arrival, the Americans discover that not everything is as it seems: the place is virtually abandoned, there are signs of struggle, and, to everyone’s dismay, there lies a corpse possessing two human faces.

Obviously, the team invites disaster by inviting a dog into their base that, as it so happens, was being shot at by the fleeing Norwegians earlier in the film. It turns out that this dog is actually the reason the previous team left. Within the dog is a parasitic alien capable of mimicking its hosts – a detail which inspires group wide paranoia and, at one point, a full-on witch hunt.

From a conceptual standpoint, this is a film playing on social fears we have all felt at some time. It questions exactly who is a threat and how we might look past a visage of trust to identify those who are out to do us harm. Inevitably, it captures the fear which rests at the heart of a relationship shared between two conscious beings: we can never know what the other person is thinking.

We trust MacReady because, as the audience, we are him. Carpenter is deliberate in establishing an anchor within this universe – someone who we can ride along with and ask questions about the situation; someone who shares the load of being a skeptic. Yet, as we move into MacReady’s psyche, we ask questions about trust and its futility. If there really is a monster hiding in plain sight, what are we capable of doing? Are foresight and paranoia warranted when danger lies close?

These are big questions – ones that I can’t claim to have an answer to (nor does Carpenter). But I implore you to consider these ideas and their ambiguity as you revisit this picture.

For, if I am gathering a correct read of this film, I can hypothesize:

Trust is the greatest human fear.

In short: Go see The Thing if you need to finish that paper for your next Humanities class or whatever. Just be sure to thank Carpenter and his incredible FX team for the joy while doing it.