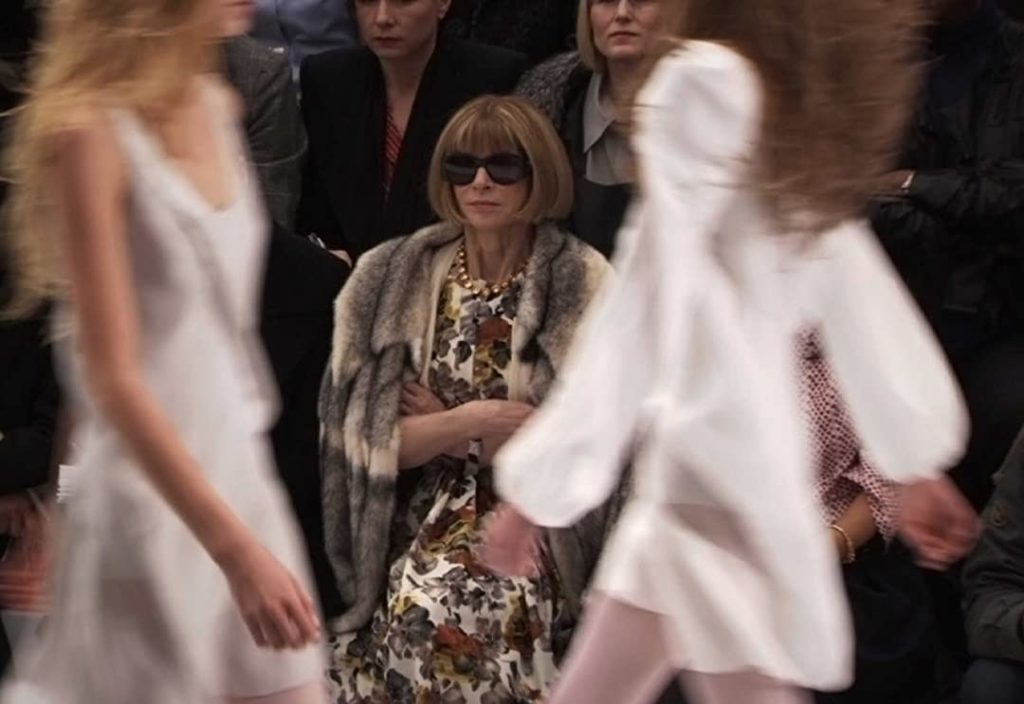 I’ve always been interested in the adaptation process of The Devil Wears Prada. Meryl Streep stars as Miranda Priestly, the editor-in-chief of a fictional magazine called Runway. Priestly is, of course, a thinly-veiled Anna Wintour, the editor-in-chief of Vogue, one of the world’s most ubiquitous fashion magazines. Enter The September Issue. This documentary, directed by R.J. Cutler, features the process to put together the September 2007 issue of Vogue, which clocked in at a whopping 840 pages. Anna is trailed by her long-time creative director, Grace Coddington, who seems to be the only person who can work well with her.

Due to autumn and winter fashions releasing in September, this issue is the most important of the year. Therefore, the viewer is treated to the sight of hundreds of fashions from major designers (including Vera Wang and Oscar de la Renta) trotted out to tennis courts and more. The British actress who graces the cover of the issue, Sienna Miller, has her face Photoshopped to perfection, as would be expected of a magazine of this caliber.

Anna Wintour is an enigma that this film has no wish to solve, however. Her portrayal is sympathetic, and quite what you’d expect from someone who has such a tight hold on both her work and her image. Her relationship with Grace Coddington is revealed to be symbiotic, for as domineering and vindictive as Anna is, she needs Grace’s eye and design for the magazine, just as the magazine needs (or Anna has wrangled the magazine to need) her control over every one of the 840 pages.

Therefore, The September Issue is worth looking into for the relationship between two women in the cutthroat high fashion industry, with all its expensive insanity. Vogue requires a large amount of work and money to produce, and this film gives some inkling of just how much.