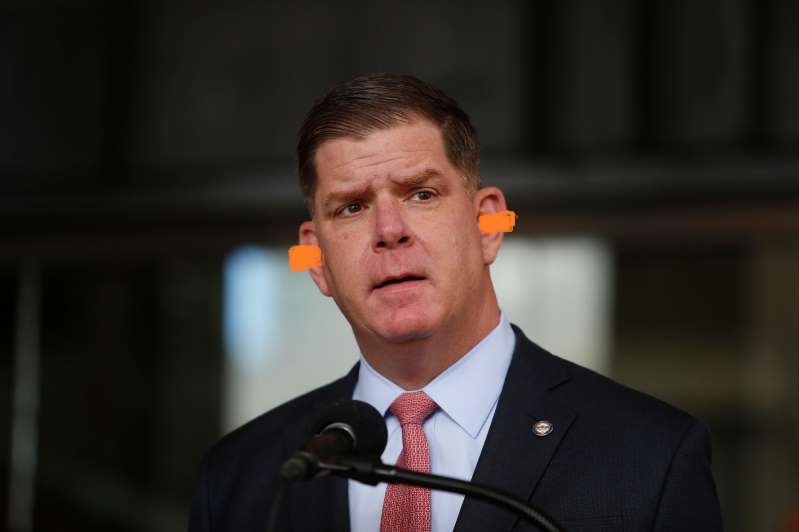 Amid local and national calls to DEFUND THE POLICE (as well as very loud calls to ABOLISH THE POLICE) in response to the brutal killings (by police) of George Floyd, Breonna Taylor and countless others; amid massive protests in our city, region, and everywhere else in this country OUR mayor, well, Boston’s mayor anyway, had this to say 3 days ago:

“I think there’s an opportunity or us to reallocate some of that money, whether it’s a training, or it’s a community involvement, getting the community more involved,” he said. “I think that just arbitrarily cutting the budget isn’t the answer. I think that we have to really think about, if we’re making cuts and reallocating money into different parts of our budget, what are those programs and are they going to make difference.”

Your author, as well as countless others did not think this was anywhere in the vicinity of being enough of a response to the situation at hand nor a reasonable response to what tens of thousands of protesters in this mayor’s own city are calling for. “A training”?!?!

Yesterday Walsh had this to say:

It does not seem like his thought process is trending in the right direction. On Tuesday the Boston City Council met, hearing from many activists and community members pushing to cut at least 10% from the police budget. The Boston Police Department’s budget is $414 million + an allocation of $60 million for police overtime. These numbers are simply the money that the BPD receives from the city, and does not take into account state, federal, or other sources of funding. Surely some of this staggering amount of money could be reallocated to services to help communities of color, or housing initiatives, or funding to aid the homeless population, etc. 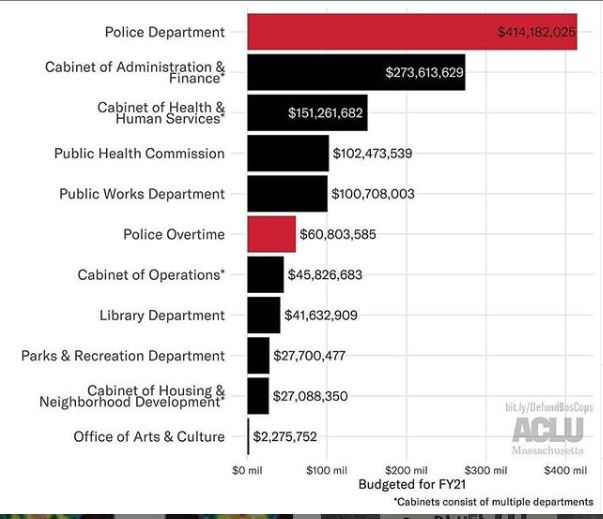 What Walsh doesn’t seem to get is that it is ALL about cutting the budget, and then directing that money into areas of need. It would seem that Walsh stands behind the need for a militarized police force. Meanwhile our Republican Governor Charlie Baker had this to say:

“I Don’t Support Defunding The Police.”

As cities all around the country wrestle with how to deal with these calls to action, many are at least pledging to take money that was directed toward the police and direct it toward areas of real need in their cities (see graphic below). In Boston’s neighbor Somerville they have adopted all ‘8 Can’t Wait’ police reform policies  and have declared racism a public safety and health emergency among other measures (a half decent start, but let’s see their budget). Why not here in Boston though? Why the hemming and hawing? Why the teargassing in the streets of peaceful protesters? Boston is already a difficult place for Black people and lower class people to live their life, and to celebrate and enjoy their cultures. We’re SUPPOSED to be a progressive city I thought, but THEY musn’t consider progressive economic policy, or cultural policy important I guess. And now we have a mayor who seems completely disconnected from what his city is urging him to do. The next mayoral election isn’t for a year and a half, but it’s already beyond time to start considering far more progressive, some REAL progressive, alternatives to fill the role of mayor for taking this city forward into the future. And in the meantime… keep fighting!

Here are a couple links for directly working to defund the Boston police. Please use them:
bit.ly/martydefundboscops
bit.ly/defundboscops 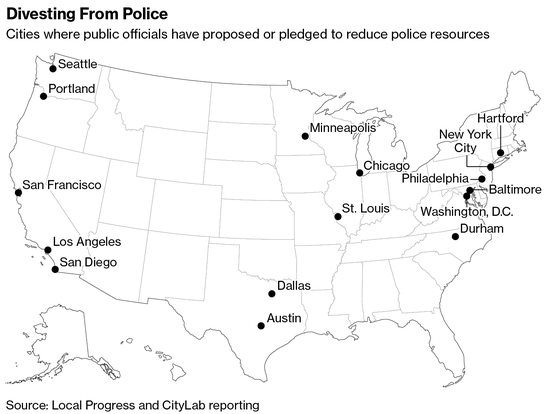 As of the afternoon of 6/12/20 Mayor Walsh has declared systemic racism a public health emergency and has reallocated 12 million from police OT budgets to combat racial inequalities. A half decent start for Boston but not enough surely.
Liked it? Take a second to support BOSTON HASSLE on Patreon!