The Love Witch is unlike any movie you’ll ever see. – though it will make you feel as if you’ve seen it a hundred times. The experiencing of watching The Love Witch is akin to waking up in an old cinema with a mysterious, languid picture magically projected in front of you. The only similar feeling I’ve ever had is when I watched a VHS copy of Videodrome late at night when I was thirteen.

Huge props have to be given to director Anna Biller, who wrote, directed, penned the lyrics to the songs, and designed the costumes. This movie is a singular vision. Everything feels so meticulously purposeful. Not a dust mote out of place. It’s hard to describe exactly what this movie is — Wikipedia lists it as a horror-thriller, but that couldn’t feel more off mark.

The Love Witch is the story of Elaine (Samantha Robinson), a modern-day witch addicted to love. To satiate this want, she uses potions to make men madly obsessed with her. As you can imagine, there are many unintended consequences. But none of that notes the era-precise recreation of early sixties cinema, the spot-on presentational-style acting, the hard lighting, and the slow pace of the editing that makes you feel like you are watching a forgotten movie from fifty years ago. And none of that conveys how funny this movie is! There are bits of visual comedy and droll humor that are so uproariously absurd I found myself genuinely laughing more than I have in months. 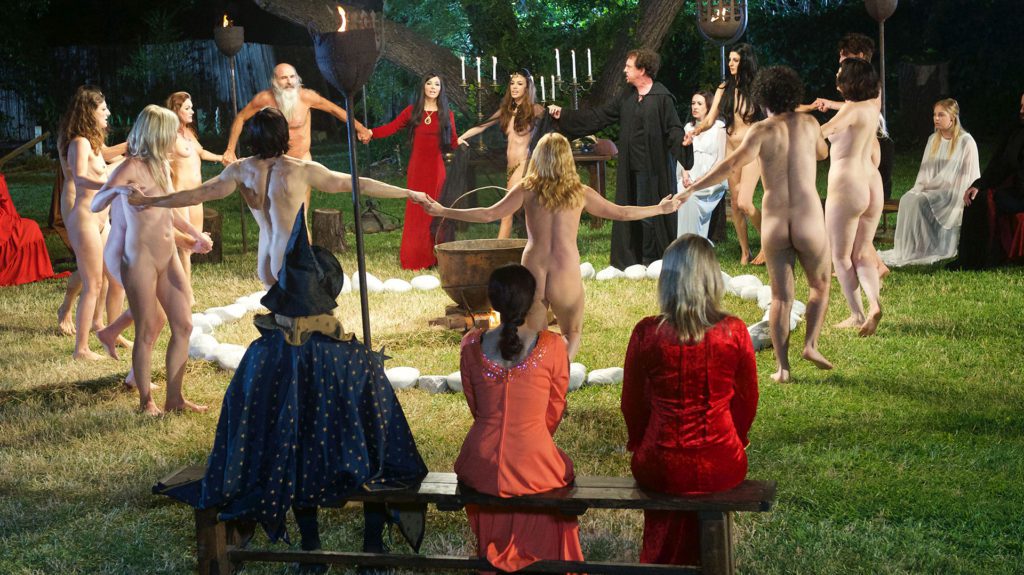 The movie is well-versed in the cinematic (and elsewhere) portrayal of witches. I didn’t know much about the topic going-in, but was fortunate enough to attend a panel, led by Pam Grossman, titled “What Is A Witch: Female Magic & Transgression in Pictures” beforehand that was very illuminating and revealed to me just how smart and well-thought out the movie is. If this is a topic of interest for you, the movie is a must-see.

Outside of witches, the movie also seems to be a commentary between “the sexes.” An examination of love, desire, obsession through the lens of an old, campy, movie. I’d have to see the film again to get a deeper understanding of what exactly Anna Biller is trying to say — which is honestly a great thing to say, because it is not often new releases make you want to watch them again because you couldn’t parse out meaning and politics in one sitting.

So try to check it out this Saturday if you can! Even if you know nothing about witches as there is truly no other movie out there like this and that alone makes it worthy of your time.

Also, if you can’t make it this Saturday, the Brattle is trying to secure a 35mm print. Which would be amazing.