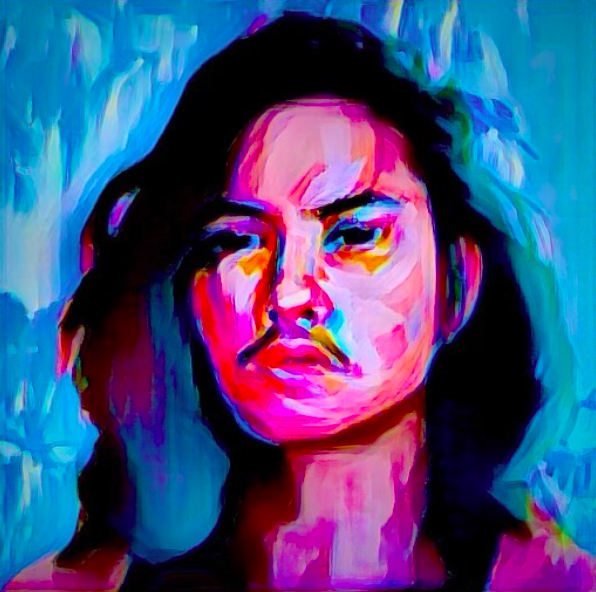 Are you fucking kidding me? I remember looking on in disbelief as the wall of sound around me dissipated into a silent awkward void. The sound engineer literally cut us off in the middle of a peak of one of our songs. Has he never heard that the show must go on?

This guy stumbled down the stairs of his mixing booth, barreled through our crowd to the front of the stage, and yelled, “There’s feedback coming off one of the guitars, and I can’t get a clean signal on my board!”

His “board” was an iPad that he swiped at frantically like he was looking for the right cat video. I blinked incredulously as thin wisps of white hair whipped around his scalp like trees being uprooted in a storm. Has this guy never been to a fucking punk show?

By no means would I call my band “punk”.  But there are just certain things you really stop giving a fuck about when you’re really in it, when you’re playing your music as you’ve just been told that someone’s gonna punch you in the gut tomorrow and you’ll never be able to play guitar again. I’m Star, and I front this weird little indie band called The Sunset Kings. I’m nonbinary, I’m POC, and the last show I played before the lockdown was a shit show.

The Sunset Kings started in Boston in 2016, and the last show we played together was in 2020 in this really low-key music city called Harrisburg in the middle of Pennsylvania.  We had just played a show in New York City and were headed to Cape May in New Jersey, and this iPad-clad old white man was yelling at us to stop in the middle of a show. To be fair, it wasn’t entirely his fault. I have a deep appreciation for sound engineers (I paid my dues mixing shows and records before joining a band). Two hours before the show, my saxophonist Neumi and I were the only ones in our band at the venue, so we didn’t get a proper soundcheck.

This wasn’t the first time we had issues coordinating five people being at a show on time, and it wasn’t the last.  After the show, we threw an afterparty in our hotel room with all the people who drove up to see our show, as well as a bunch of people we made friends with at the venue and in our hotel. Neumi and I were the only ones from our band who were there. Let me be clear though: these are details I only remembered as I sat down to write about the last show I played before the pandemic began its quiet (and at times not-so-quiet) onslaught on our lives.

What I actually remember is staying up all night until 10 am with my friends in a hotel room in Pennsylvania.  I remember Brandon dumping whiskey into the soundhole of his guitar and telling us Katy Perry said his voice sounded like “nails in a blender” at his American Idol audition. I remember filming Kendra signing a Bro’s titty after he recognized her from her set. I remember Reece passing out as people left and Brandon putting a trash can on his back. I remember headbanging to music with Diana and Alyssa and breaking into an ignorant salsa as the music turned into heavy metal. I remember heading downstairs for a Continental Breakfast and talking to a bunch of people who were in town for a horse expo and playing guitar for the women at the front desk of the Red Roof Inn.

I’ve heard people say that bands are full of egos. That may be true but music is not. Shows give us performers the opportunity to invite people to meet us at our higher creative selves, but music is the thing that puts us all in a room after the show, talking about our fears and our regrets and our hopes and our idiosyncrasies. Music has given me opportunity after opportunity to be vulnerable and to be myself. The last time I was on stage singing my lungs out, it didn’t feel like “the last time” because music doesn’t stop when we stop performing. I miss getting to share my story with people I haven’t gotten to meet yet as much as the next person, but our stories keep going, even if the world feels like it’s on pause.

Liked it? Take a second to support Star Quilon on Patreon!