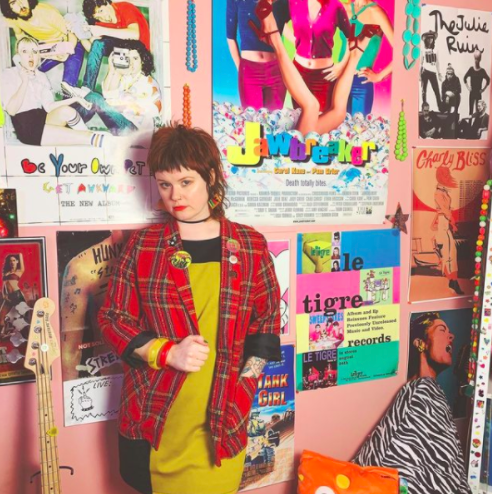 For the majority of y’all readers who are not familiar with my band: we are called Leopard Print Taser, we all live in Somerville or Cambridge, we tour fairly often, and we unfortunately only have two, four-song EP’s despite having been a band for well over three years. Last March, we were all set up to finally record our first full-length album after years of writing it. Exciting, right? Well, we started in March…of 2020.

The cool and sometimes annoying thing about my band is that all four members work at the same place. You might know it, it’s The Sinclair in Harvard Square. Ya know, the music venue? So, one of the VERY FIRST PLACES to be shut down last March. So the three of us (we weren’t recording vocals yet), myself (bass), Reid (drums), and Nicholas (guitar) were all cozied up in a windowless basement recording studio called New Alliance in Somerville right next to the Market Basket. We had three days in a row set up to record. I believe it was from March 11th-13th, sometime right when shit started to go down. But we had no goddamn idea how bad it was going to get.

For anyone who’s never recorded an album, it is a lot. You live off snacks, you do a TON of sitting around, and obviously, you do a fuck-load of playing your instrument, which can be as exhausting as it is rewarding. We had already scheduled these days off from our job at the Sinclair, but with two of us being a manager of some kind, we were very much still involved in the goings-on despite us being hard at work at the studio.

Day 1 in the studio was smooth, we were fully stocked up on snacks and just starting to realize we should be stocking up on hand sanitizer too. We saw a few friends in the studio, coming by to say hello while they were also recording in the building. We greeted them with our elbows and not our hands. Reid and I checked our texts and emails regularly for work purposes and note that the show that night is canceled due to the spread of the virus. We scoffed a bit, know it’s bad but said to ourselves, “only a few dozen cases in MA at this point? Shrug it off.”

Day 2 at the studio. I passed a man wearing a bandana masking his face. I thought he was a weirdo. I washed my hands 15 times. We played our songs, we played them again, we played them more times. I checked my texts and saw that that night’s show is canceled too. We started to feel a little nervous. But we already paid for this studio time and goddammit we’re going to use it. We played our songs several more times.

Day 3 at the studio. We got the email. Per the state’s order, Sinclair is closed for at least two weeks. We thought to ourselves, “Sweet, I could use a little two-week vacation after all this recording!” Recording for the day was almost done. The boys were chatting about drum sounds and I walked over to Market Basket for a snack.

I hadn’t been anywhere but my house or that studio for the last few days. None of us really had. We had no fucking idea how chaotic it got in the outside world. When I walked into Market Basket it was different than the day before Thanksgiving, different than the day before a blizzard, it was real panic. Toilet paper: gone. Frozen food: gone. People: insane. I went to a different grocery store later that night for supplies and it was the same story. Wiped out. Everyone bracing for a whole two weeks in lockdown.

Our singer Leila made probably a very smart decision by temporarily fleeing the city. She ran off to the countryside in Vermont to spend the first few months of the pandemic far away from people. The rest of us went into hiding. Now it’s been almost a year. A full fucking year since we went into that Somerville studio. None of us have our jobs at The Sinclair because it has been closed the entire time. Nicholas and I, who live together, started a new band (Sweetest Death), and then another new band (Shame Container). Reid and Nicholas started a new band (Severed Boy) and they practice in my basement with masks on. We haven’t seen Leila in person since March. But, sitting on a couple of hard drives between members is a halfway finished Leopard Print Taser album.

I guess we’ll let you know when it’s done. 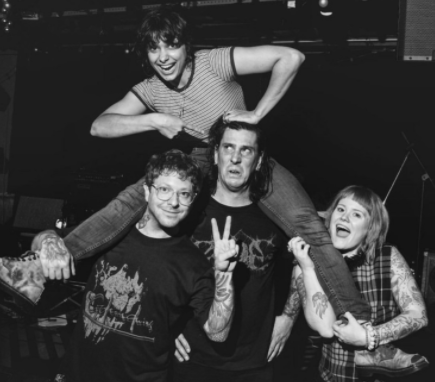