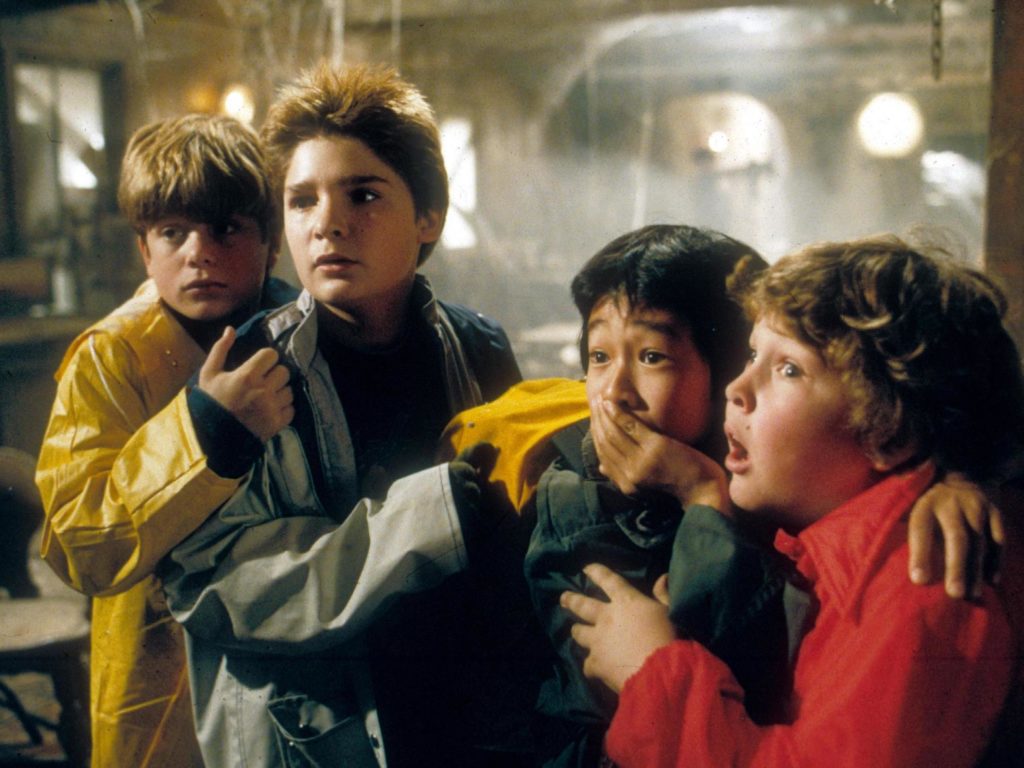 If you’re currently binging the newest season of Netflix’s Stranger Things, you should know about the band of boys who walked so the Hawkins crew could run (or bicycle?). This ’80s adventure flick features one of the most iconic mystery-chasing foursomes that still had to be home in time for dinner. Facing the foreclosures of their homes in Astoria, Oregon, friends Mikey, Data, Mouth, and Chunk spend one last weekend together that turns into an epic treasure hunt for the lost fortune of legendary pirate One-Eyed Willy.

With the beautiful Goon Docks of Astoria as their landscape, the self-proclaimed gang of “Goonies” take viewers on a cinematic ride full of quotable moments, scenic backdrops, and an ’80s pop soundtrack that has rightfully solidified its place as a nostalgic cult classic. While the film just turned 34 years old last month, it is truly timeless with a rewatchability factor that it’s not likely to lose. The Library of Congress dubbed it “culturally, historically, or aesthetically significant,” and we think you might too.