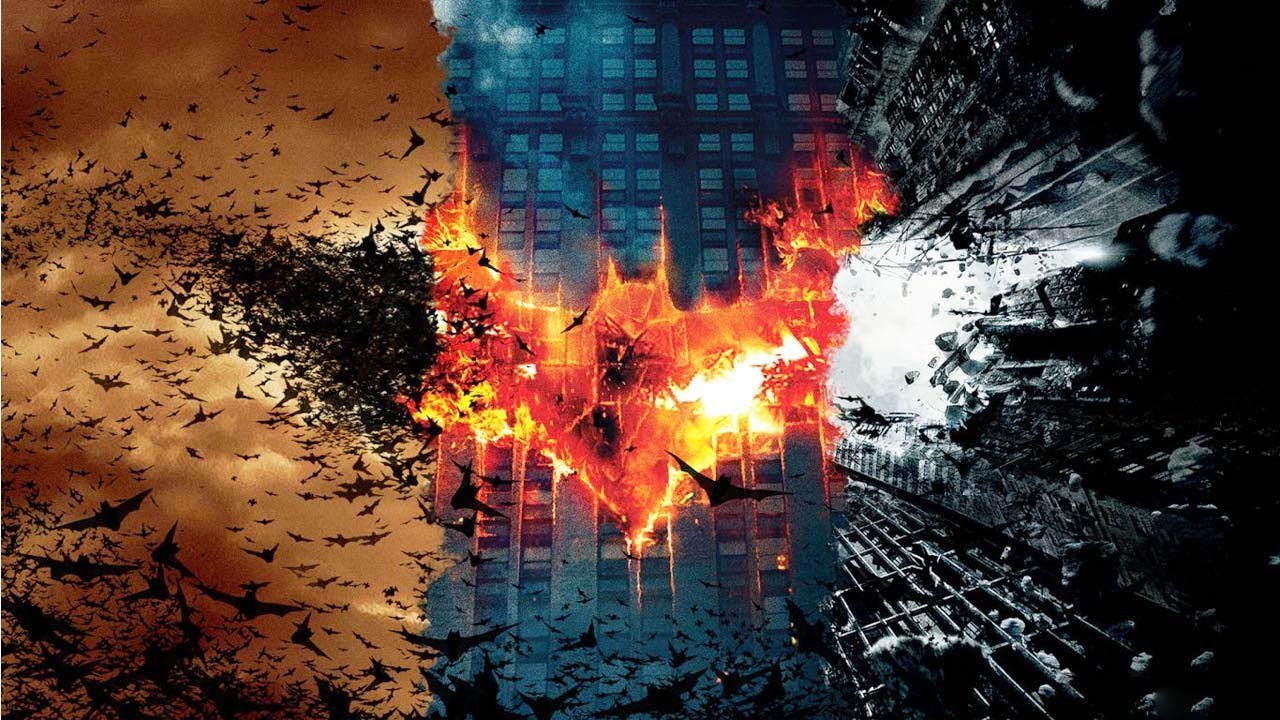 The Dark Knight follows Bruce Wayne as he continues his journey as the caped crusader Batman, as the reign of the Bat continues to keep the streets of Gotham clean despite debate over his true intentions. The stability of all the good work done by Bruce and the Bat are tested, though, by the sudden appearance of a new enemy, the Joker. Decked out in clown makeup, the Joker is bound to not only take down the Batman and the legacy he helped create, but to bring the whole city of Gotham to its knees. As the growing threat of the Joker starts to become too much to contain for a growingly concerned Police Department, lawyer Harvey Dent decides to run for the position of Commissioner, questioning the intentions of vigilantism and the Batman. Filled to the brim with psychological warfare, deep rooted politics, and, of course, the boom-boom, explosions you expect from a comic book tale, The Dark Knight is a masterpiece, not only in the realm of comic books, but of story telling as a whole. 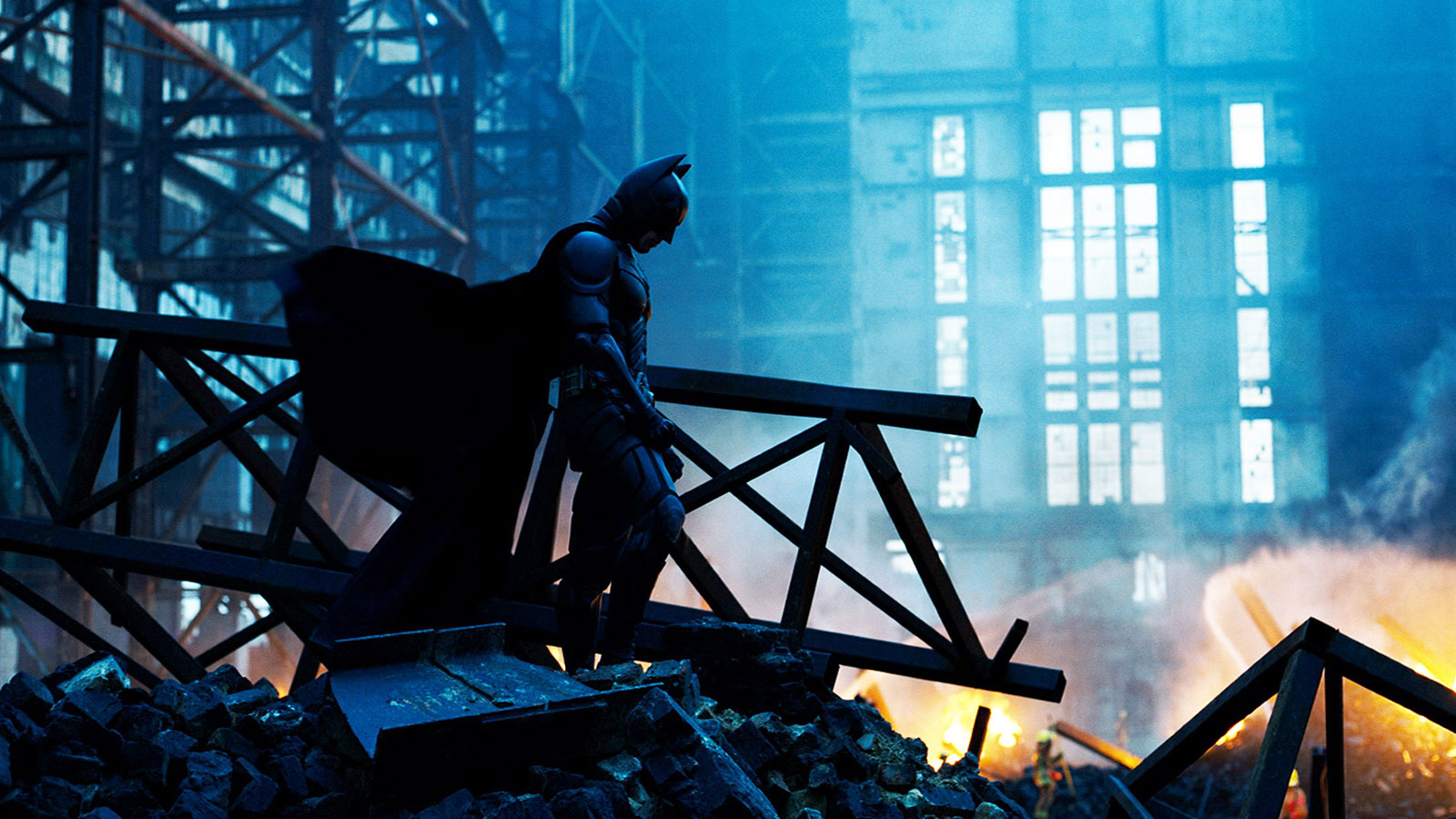 10 years later and a billion comic book films since, I seriously hope everyone and their mother has been able to witness the masterful art of storytelling showcased in The Dark Knight. From the epic, Odyssey-esque narrative threads wrapped around the legendary Batman, to the horrific world ruled by the terrorist/anarchist Joker, it’s everything you’d want from intense storytelling– and intense it is. Sure, the comic book films of the last 10 years are intense, but in a comic book way. Iron Man flying between sky-scrapers shooting aliens out of the sky, Spider-Man fighting the Vulture on a side of an invisible plane, Captain America standing toe to toe with Thanos, etc. Sure, these sequences had the intense, driven moments, but at the end of the day they just end up being comic book schlock– which is fine! These movies aren’t trying to do anything more than to be a visual medium for your nerdy daydreams.Christopher Nolan, however, is trying to achieve opposite goals with his Batman story. Instead of being badass, Nolan wants you to question your heroes, to wonder if their ways are actually right. Is the madness behind your enemies’ chaos really madness, or just merely a different perception of the world you live in?

Those are the loaded questions that Nolan has loved shoving into his films from the beginning, but when included in a comic book film, it changes one’s perception. The themes explored in The Dark Knight series as a whole end up being so much more mature than any superhero film before or after. The Dark Knight series is revolutionary in telling a mature, adult-oriented story in a comic book-style world. What would the cause and the effect of a superhero be in the real world?

You start realizing, though, that some things that work in the comic book world might not work in the real world you’re trying to portray on the big screen. This is never more prevalent than in the third, and final, chapter in Nolan’s Dark Knight series, The Dark Knight Rises. 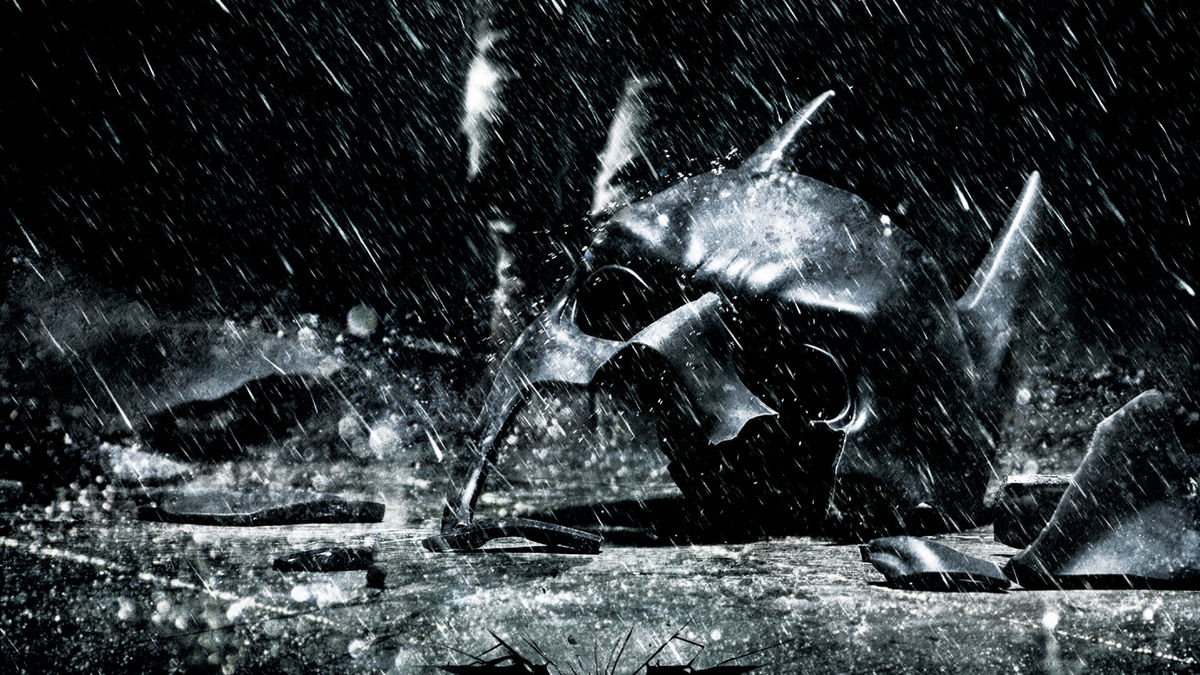 In the eight years after the Joker turned Gotham upside down by pitting the city and the police against Batman and killing their white knight, the world of Gotham is a much bleaker place. After retiring the Batman, Bruce becomes a hermit in his mansion, only using Wayne Manor as a venue for parties. The city of Gotham becomes a much more dangerous place after the arrival of a new terrorist organization, led by the brute Bane. As Bane’s grip over the city grows, Bruce is forced to confront himself, and his past, as he brings the Batman out for one last time.

What really sets Rises apart from the other two films is the self reflective aspect in the story. While Begins and The Dark Knight explore Bruce’s origins as Batman, and Batman’s effect on the city of Gotham, Rises instead opts for showcasing Batman’s effect on Bruce, and, in turn, how that affects the city as a whole.

The Dark Knight Rises is usually seen as the black sheep in the series, as the worst one. I can’t argue with that, as it’s my least favorite in the series as well, but that doesn’t mean anything in terms of quality. If Batman Begins and The Dark Knight are 10/10s, The Dark Knight Rises is a 9, and I stand by that. Sure, there are some things that just don’t work, mainly in the much more prominent comic book aspects, such as the Batwing and Bruce’s Lazarus Pit journey, that leak into the film, but these are minor complaints in the grand scheme of things. Nolan is still able to deliver a powerful conclusion to such a powerful series, and on his own terms. Save for the last five minutes (which, in turn, is the worst part of the film), Nolan opts out of fan service in favor of completing his story.

And, at the end of the day, that’s the thing that’s the most amazing about the Nolan Batman films in hindsight. Christopher Nolan was able to direct and release three Batman movies that are entirely self-contained, oriented on specific subjects and subject matters, that connect into one linear story. No connections, no hints at a bigger universe, no Nick Fury-type character letting Bale’s Batman know that the Justice League exists. This is The Dark Knight trilogy, and the Dark Knight’s tale alone. Nothing more, nothing less. In a world filled to the brim with connected universes and characters that pop up in other characters’ films, it feels nice to be able to go back and watch three simple films and know I have the full story. Sure, I love these interconnected tales of amazement, but I do miss the days where all we had to look forward to was the sequel. A mere 10 years since The Dark Knight, and we are in a much different world of cinema. Thank you, Christopher Nolan!

Part of the ongoing series: Math, Mind, and Memory: The Films of Christopher Nolan