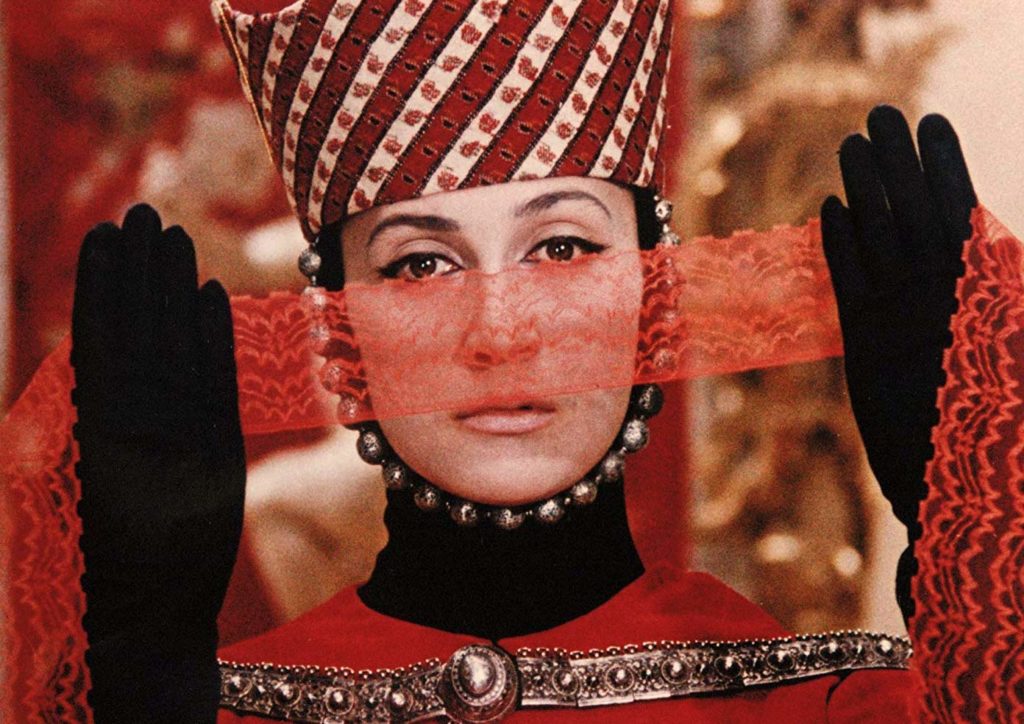 There are times when writing about film for the Hassle feels a little like being a missionary. The thought stepping up to a platform built on impossibly cool music and art events and suggest that, hey, maybe you should go see this obscure fifty-year-old art film, can be somewhat daunting. But it’s worth it when someone comes up to me and tells me that they discovered a new favorite movie by taking a chance on a Film Flam recommendation. So it is in hopes that such a person is popping on the site today that I say: go see The Color of Pomegranates tonight at the Brattle, even– or especially– if you’ve never heard of it until this precise moment.

For the unfamiliar, The Color of Pomegranates is a nearly indescribable film made in the late ‘60s by Soviet-Armenian filmmaker Sergei Parajanov. Nominally, it is a retelling of the life of 18th-century Armenian poet and troubadour Sayat-Nova, played by a number of different actors to represent different stages in the poet’s life (most memorably, Parajanov’s muse Sofiko Chiaureli portrays the poet as an androgynous young man, along with a number of female and pantomime roles). Anyone expecting the standard biopic beats of a Bohemian Rhapsody, however, will walk away somewhat perplexed. Instead, Parajanov opts to create something of a visual translation of Sayat-Nova’s prose, themes, and imagery*. The result is something, if not exactly dreamlike, then at least ethereal, painterly, and unlike just about any film I can think of.

To modern audiences, the closest point of reference may be the work that Alejandro Jodorowsky was turning out at the same time on the other side of the world (it can probably be assumed that neither was aware of the other’s work, at least at the time). But where Jodorowsky’s work was radical, anarchic, and often scatalogical, Parajanov’s images evoke a classical, almost pre-cinematic air. Each of the director’s eye-popping, immaculately staged tableaux could easily hang on the wall of a museum, and their muted palettes and arcane Christian and Armenian symbolism would fit in easily alongside works hundreds of years their senior. 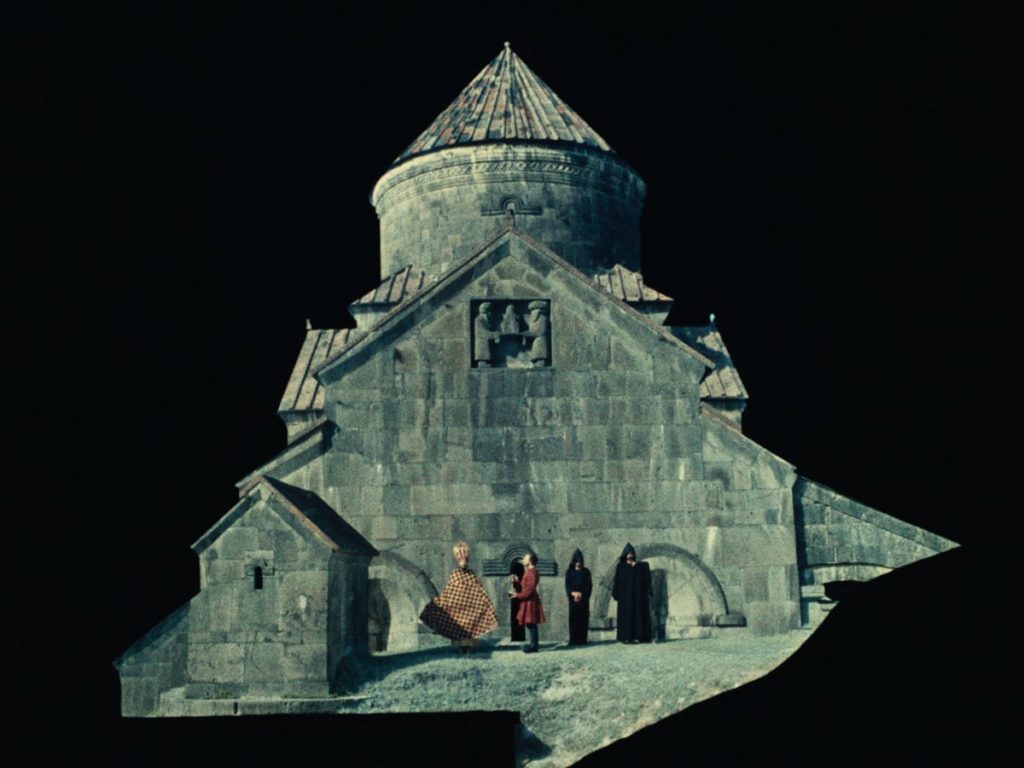 But, of course, The Color of Pomegranates is a film, and as such feels shockingly ahead of its time. Its images, while frequently inexplicable, will etch themselves in your mind: a horned figure beating a drum in front of a wall of ancient tapestries; Chiaureli (in female form) obscuring her face with a series of fine laces; the titular fruits bleeding their juices into a sheet of pale linen. Its deliberate (though brisk) pace and lack of conventional narrative may prove disorienting at first, but within minutes the film will draw you into its own idiosyncratic rhythm.

It is at this point that I begin to run out of words about The Color of Pomegranates, both because it defies easy explanation and because it is itself a film of very few words. All I can say is that, if you’re looking to discover something new in moviegoing, I promise you this is it (even though, as evidenced by its inclusion in the Brattle’s annual Reunion Week, it’s half a century old). And if you have seen The Color of Pomegranates, you know what a rare treat it is to see it on the big screen (in its gorgeous Janus Films restoration, no less). Either way, if just one person reading this decides to check it out, it will be Mission Accomplished for me.

* – This is probably a good time to admit that, outside the context of this film, I am largely unfamiliar with the works of Sayat-Nova, and am relying here on the word of both film scholars and Parajanov’s own preamble.