The Blair Witch Project is perhaps the first blockbuster of the internet age. Where previous films relied on TV spots and trailers to advertise, Blair Witch was among the first to make its name through what would eventually be called Viral Marketing: covert agents, posing as ordinary web surfers, began spreading rumors of a lost documentary made by ill-fated film students. These tactics came to a head with the film’s premiere at Sundance, and soon word spread across message boards and newsgroups – the ancestors of social media. When it finally got a release, the movie was a smash, breaking records for independent film, and even making the cover of TIME. Unfortunately, The Blair Witch Project was also the first casualty of the internet’s accelerated backlash cycle; before it even left theaters, the tide of public opinion had turned against its histrionic protagonists and unseen villain. Even today, the film exists in a sort of critical purgatory, snidely dismissed just as often as it’s included on Best Horror Movie lists. It’s Schroedinger’s Blockbuster: simultaneously overrated and underrated.

I was aware of The Blair Witch Project pretty early on, having encountered its viral campaign as a teenage lurker on the Snopes message boards. However, being too young to see it in its initial run, I had to wait for its VHS release — past the point of even its active backlash, and into the phase of general grudging indifference. As such, I was able to view it with relatively fresh eyes, and could see it for what it was: a clever, effective, ingeniously low-budget thriller. I didn’t watch it again for many years, but have recently taken to returning to it at least once a year. What keeps me coming back, however, is not the jump scares, or even the foreboding ambiance, but simply the fact that The Blair Witch Project is perhaps the single most realistic film ever made about independent filmmaking. 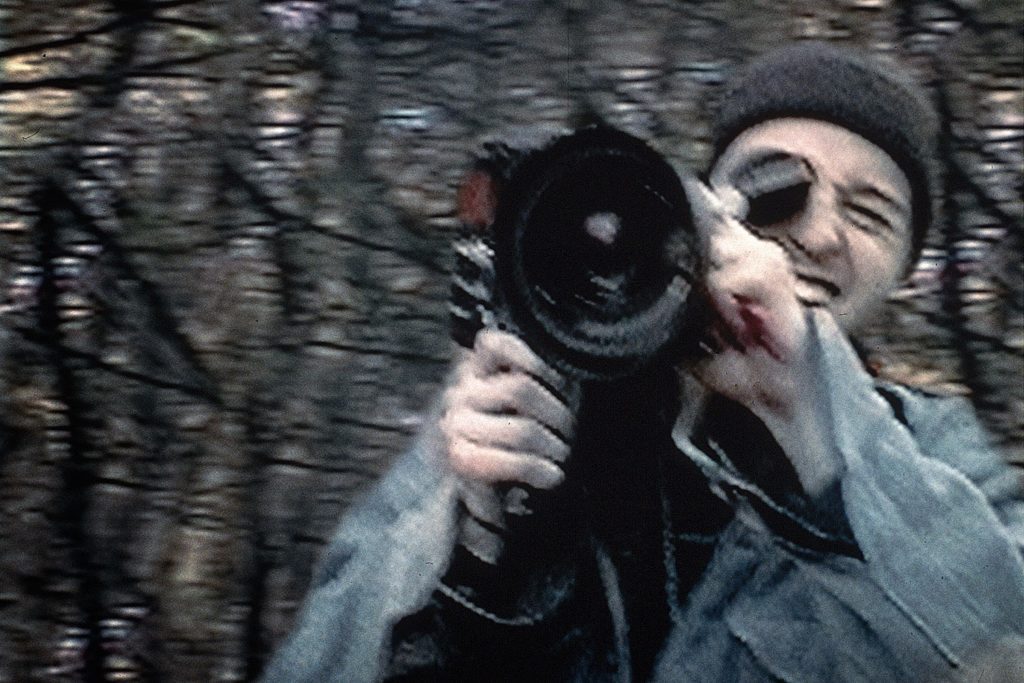 For those who have managed to neither see the film nor its famous trailer, The Blair Witch Project follows three student filmmakers: Heather, the headstrong director; hotheaded cameraman Mike, and sound recorder Josh, a friend of Mike’s who seems to be along for the ride. The subject is the titular Witch, an old folk legend from Burkittsville, Maryland (formerly Blair). After interviewing some local characters on the legend — which, like the Jersey Devil or the chupacabras, seems pretty nebulously defined — the trio venture into the woods, armed with a sketchy map and a few days’ worth of supplies. Needless to say, things go awry: whether by witch’s curse, or by virtue of being a bunch of urban Gen-Xers, our heroes get hopelessly lost, tensions rise, and the mysterious noises in the night get louder and more ominous.

On initial viewing, one’s focus naturally tends toward the Witch’s eerie machinations — the crashes and baby noises that echo in the night, and the rockpiles and stick figures that appear in the morning. But, like Night of the Living Dead before it, the real dread comes from the friction between the ordinary people who are forced to deal with unfathomable horror, and, worse, each other’s company. Even before the scares begin, the crew begins to turn on themselves, as they grow dirtier, more exhausted, and less confident in the map that guides them. Yet, through thick and through thin, Heather never puts the camera down, insisting that, one way or another, her film will be made. 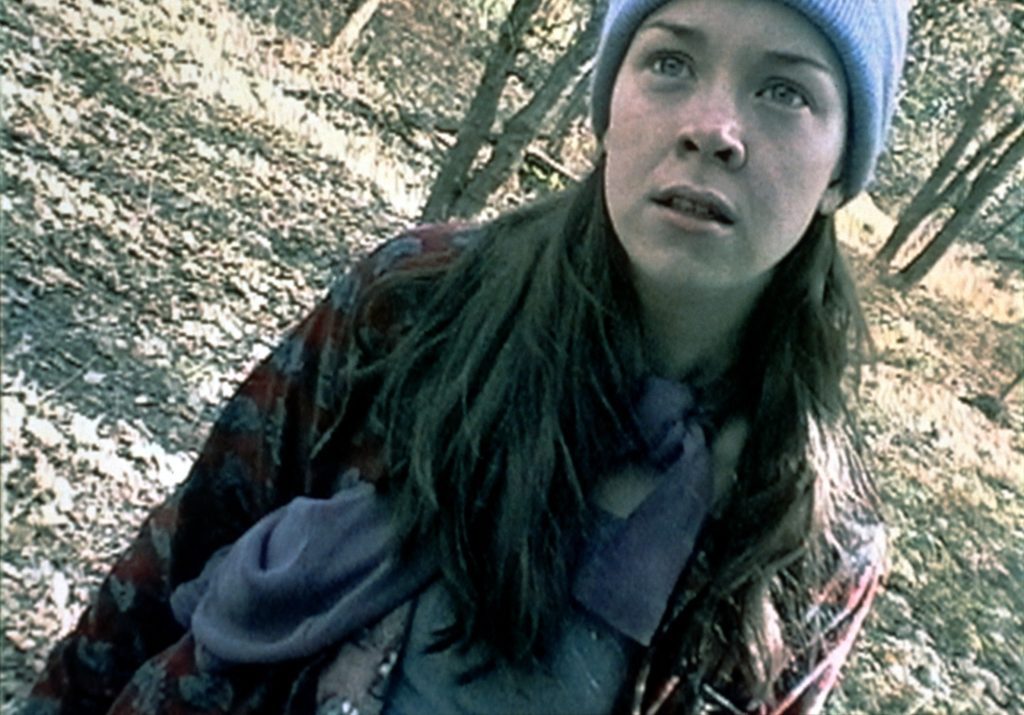 If you’ve ever worked on an independent film — or been in a band, or put on a play, or engaged in any sort of collaborative art — the conflicts between the beleaguered hikers will ring all too true. At some point, you’ve been one of these characters, and chances are you’ve been all three. There’s Mike, perpetually at wit’s end, alternately trying to make peace and hysterically screaming obscenities into the woods. There’s Josh, who’s gotten more than he bargained for, and just wants to get home to see his girlfriend and return his DAT recorder on time. And then there’s Heather. As “final girls” go, Heather is fairly unique: neither the typical put-upon survivor (like Halloween’s Laurie Strode), nor a tough-as-nails fighter (a la Nightmare on Elm Street’s Nancy Thompson), Heather serves as a deeply flawed catalyst, simultaneously braving the Witch’s torments, and blithely inviting them. What motivates her, more than even survival, is control of her shoot, insisting with increasing absurdity that she knows exactly where they are and that the shoot is actually going really great. Even her famous up-the-nose confessional is done in private, and addressed to her crew’s families.

Found footage horror films — a subgenre The Blair Witch Project inarguably kickstarted, despite a handful of antecedents — have been constantly heckled with the glaring question, “Why wouldn’t they stop filming?!” The Blair Witch Project answers that question head-on in one of its most emotionally gruelling scenes. Josh, completely over it, grabs Heather’s camera and turns it on her, barking mock direction: “Here’s your motivation! You’re lost! You’re angry in the woods! There’s no one here to help you! There’s a fucking witch, and she keeps leaving shit outside your door! There’s no one here to help you!” Finally, Heather breaks down and screams, “It’s all I fucking have left! Okay? Please stop yelling at me!” In that moment, Heather articulates the true horror of filmmaking. Goo on your backpack is creepy, but a failed shoot is terrifying.