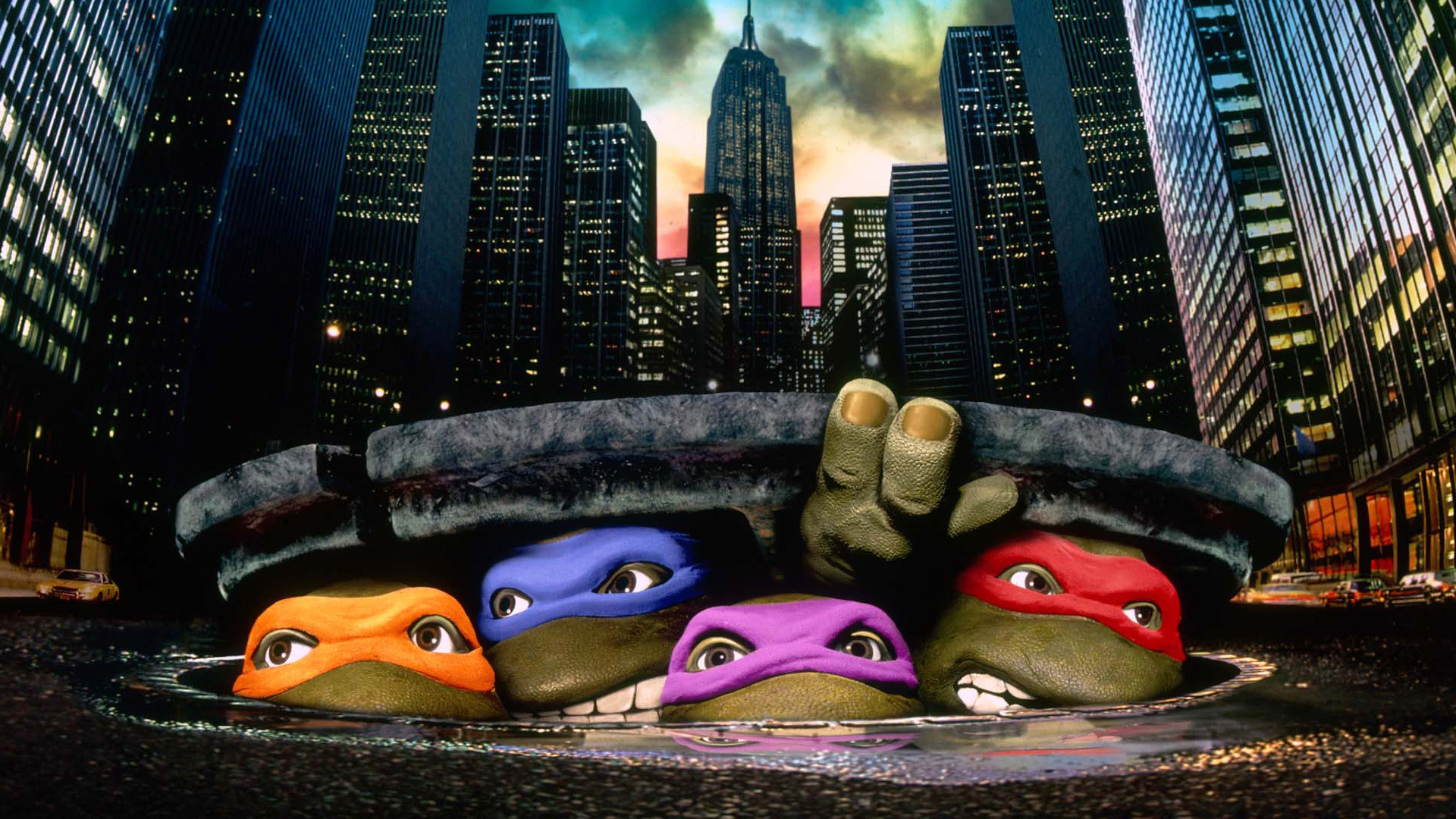 Let’s face it: most films don’t stand the test of time. As technology is embraced and utilized in every aspect of the film process, with CGI animation being at the forefront of most big budget films, the days of good ole’ costumes and practical effects die out. If we’re being honest with ourselves and put away our nostalgic lenses away for a moment, most films from the ’80s and ’90s don’t look that good anymore. What was once cutting edge is now on the cutting board. Its the unfortunate evolution of entertainment, and with films from those eras being constantly remade again and again, Hollywood is continuously proving to the general audience that it’s okay to not embrace camp anymore, and that’s unfortunate. Case in point, look at the original Teenage Mutant Ninja Turtles from 1990 and the CGI filled TMNT remake of 2014. If we’re being technical, the TMNT 2014 remake looks insanely better. The turtles actually look fleshed out instead of being fake looking costumes, the lighting is incredible (you can actually see whats going on now!) and the cinematography on the city itself is gorgeous. Even with all the technological perfections, however, 2014’s TMNT was as hollow as a bag of air. The acting was insanely terrible, the dialogue was constantly cringey and the story made little to no sense, and that’s where 1990’s TMNT gets it right. These characters are memorable, the dialogue is quick and witty, the story is a campy good time, and the action is hugely entertaining. Say what you will about effects and fighting sequences, but at least the 1990s version has a heart and soul, and that’s why I will take the campy goodness of 1990s TMNT over any CGI hogwash any day. As the technology gets better, the basis of story telling diminishes, and thus is the importance to revisit the classic camp of the late ’80s/early ’90s with Teenage Mutant Ninja Turtles.

Based on the once-underground adult-oriented comic book and the later kid-friendly animated series, Teenage Mutant Ninja Turtles explores the life and tribulations of four brothers, who just happen to be mutant turtles  training to become world class ninjas by the talking rat father figure they never had, Splinter (Kevin Clash). Living in the underground sewers of New York City, the four brothers, Donatello (Corey Feldman), Leonardo (Brian Tochi), Raphael (Josh Pais) and Michaelangelo (Robbie Rist), resist the urge to go into the normal world above them and become one with everyone else as they go through the darkness at night to commit acts of vigilantism against common criminals. This is until Raphael goes out one night in a long trench coat and intercepts a fight between criminals and a fellow vigilante Casey Jones (Elias Koteas). All of this spirals into the brothers emerging from the darkness to become saviors and protectors to NYC while making friends with Jones and an up and coming, ambitious reporter named April O’Neill (Judith Hoag), as The Foot, group of underground criminal ninjas ran by the villainous Shredder, begins to emerge and try to take over the city. All of this sounds absolutely nuts as I write this, but it’s such a blast of a premise. 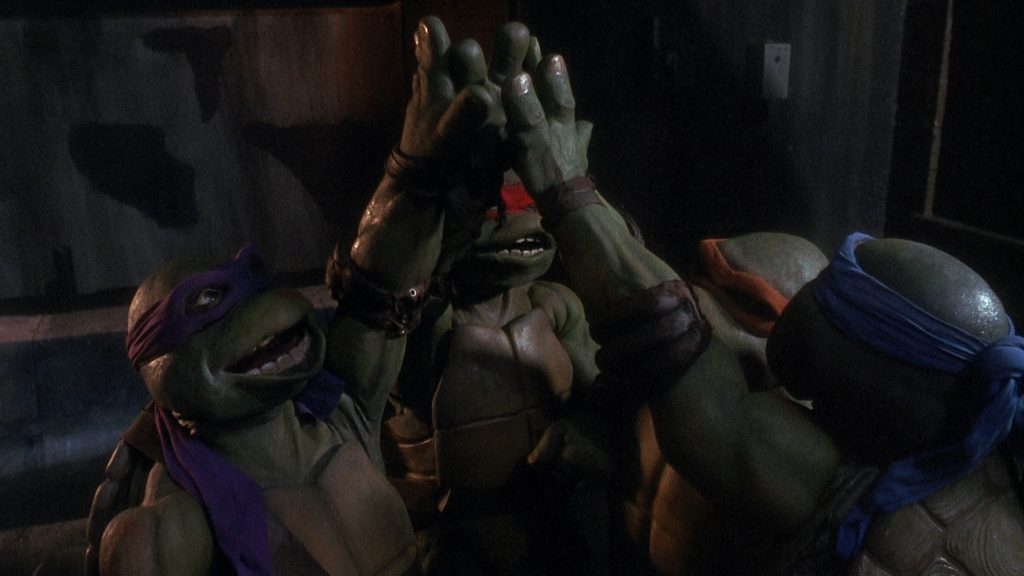 TMNT is a ridiculous film, that’s the truth, but does it have the magic and charm a modern action film will mostly lack. The characters are witty and silly at the same time. The dialogue jumps from super serious over the top action lines to straight up Bill-and-Ted ’80s “bro” dialogue, and it surprisingly blends so well together for what the film was trying to achieve, a good and steady action comedy. On top of this, the designers somehow created a cool and “totally rad” world for the youth of the time. I mean, come on, even if they’re the bad guys, the Foot’s base of choice was a young punks dream, what with the steampunk metal atmosphere, the arcade games littered throughout and the numerous skate parks. Its such a weird kaleidoscope into early ’90s youth culture, and gets even more interesting to look at as time goes on. Lastly, how could you go wrong with the ridiculous choreographed fight scenes? I could honestly just watch these fights all day, they are just that entertaining.

Camp doesn’t even begin to describe TMNT, but that’s the best part of the film. Unlike the 2014 remake, this film means what its trying to say. None of the over blown post-Dark Knight world of comic book films, where everything has to be dark, and none of the ultra serious mood that plagued the remake, even if it poorly tried to be funny. The 1990s TMNT is campy, silly, ridiculous, and fun as hell. If you want a good blast to the past, this is a perfect film to watch. Instead of watching the pile of remake garbage shoved into your mouth by Hollywood, embrace the weirdness and silliness of ridiculous cinema!