DS:
And you book shows as Sludge Music, correct? How has the Covid 19 situation affected what you do with that and otherwise?

JP:
Yes I do! It’s greatly affected everything. I had five shows I was working on in the immediate future that are either postponed, or just not happening. It’s a bummer to see all that work be for nothing, but lots of people have it worse. It’s also affected things further in the future because it’s hard to tell when things will be back to normal, and everyone is kind of in a state of chaos. I do a little help on the management side of a few bands, and so there’s a lot of rethinking and new plans being made. I think the biggest effects I’m feeling are on the scene as a whole. It’s really crazy feeling like the entire DIY scene has stopped cold, and I’m working on some live-stream type things to hopefully combat that, and raise some money.

DS:
Yeah no doubt, the fragility of underground music networks laid bare. What can you tell me about the the live stream ideas you’re talking about?

JP:
Yeah exactly- but also it’s nice to see people starting to come together, fundraise and organize new things. On my end, I’m hoping to put together live stream shows on a pretty regular basis, of one or two artists. The idea would be to help artist play/make a little during this time, with the majority of proceeds going to different COVID related aid funds. I plan to promote these like regular shows, have flyers and such, and a pay-what-you-can system. It’s my hope to raise some money for people affected by this, and contribute to keeping the scene moving. I just did a test session with an artist today!

DS:
I also love this! The flip side of the coin! The resiliency of underground music networks on display. Kudos on this. DIY. Keep it going in the face of adversity. I couldn’t appreciate this attitude more. Do you play music yourself, make art? What are some of your influences in this manner of approach toward art and community?

JP:
I’m not a great musician, but I play a few things and dabble in audio. Lately I’ve been learning the drums and also getting into video editing! I really love visual media and want to pursue it more. I’m usually more in the position of helping people with their art, and I feel really lucky to be surrounded by a ton of amazing creators. I have a few good friends that influenced and helped me early on. My friend Cairo Marques-Neto first made me think about the communities around music, and kind of opened my mind to how spaces and scene are so important. My other friend who runs Big Jack Booking gave me an understanding of how the DIY scene really functions, and his band The Water Cycle is a source of inspiration for me. As I’m doing my own thing with Sludge Music I’m inspired by HipStory, which is a collective of artists and creatives in Boston that’s doing amazing work in really cool ways. I hope to create a sort of community like that at some point. But also, promoters like Minty Boi in New York and Make Out Music in LA are big inspirations, because I just love setting up really cool shows. 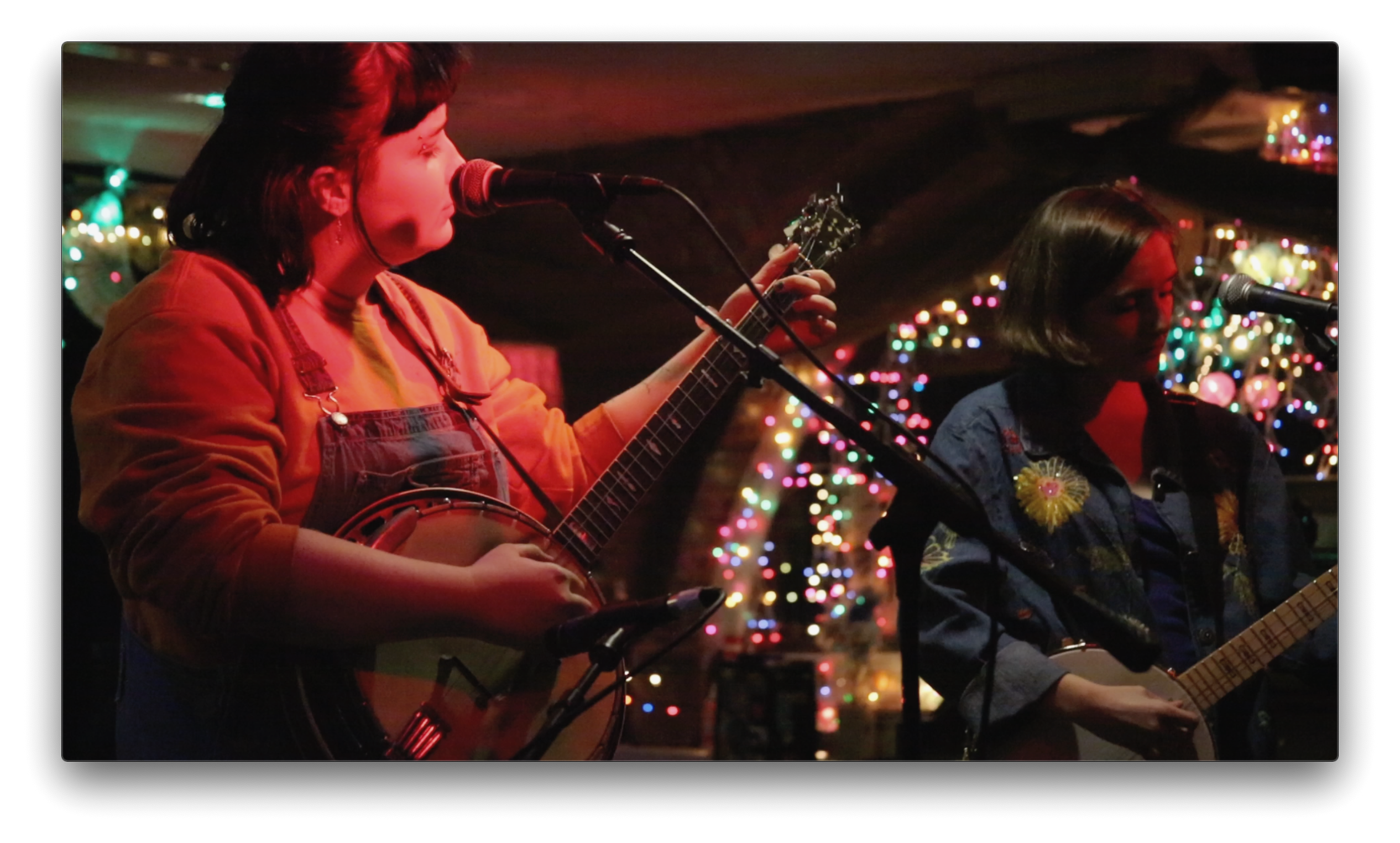 Sweet Petunia pictured above from a Sludge show pre-virus

DS:
Love The Water Cycle. A beating heart of Boston DIY. Well, where can we learn more about the virtual fundraiser show you are planning when they come to be?

JP:
Actually, I just got the first one up! It’s going to be this Sunday, I’m hoping to make these kind of regular if they work out. We’re all going to be cooped up for awhile after all. I’m going to try to find artists that I know have been affected by cancelled tours, loss of work, ect., so that way each show is not only fundraising for a larger fund, but a little bit is going to said artist as well.
This is the event: https://www.facebook.com/events/807546259738707/

DS:
Great, something to look forward too. It’s been great talking Jon. Any parting words of hope? Despair?

JP:
I’m hopeful! It’s going to be a difficult and very tense time, and there’s going to be a lot of hardships that stem from this for quite awhile. But I believe that those in the Boston community are well acquainted with supporting each other, and as long as people have the means to make/distribute art then the music scene will do fine. I’m just looking forward to the big boom of shows and events that will happen when we’re finally safe to gather again.

Field Notes from the Paradigm Shift

We can no longer return to where we were before. We are in the midst of an elsewhere.