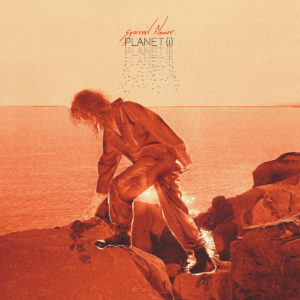 Suck City Sounds is a (new) Music Section series covering the most vital local singles from the greater Boston and New England area (and sometimes beyond).

Sometime yesterday, Squirrel Flower (aka Ella Williams) had posted a screenshot of a text conversation to her story, which—and of course I can’t find it anymore now—read something along the lines of: “This new single is the kind of thing Spotify would put at the top of some trendy playlist and which you’d show to your friends and be like ‘Yeah, this is the new Squirrel Flower single.’”

“Hurt a Fly,” the latest (and much-hyped) track from the Boston artist’s upcoming album, Planet (i), hits that mark. The song shimmers with anger, calling out hypocrisy, backed by a spacey, plodding melody: “Have you never made a mistake?” she asks over intricately produced sizzling kick drum hits, “Have you never wound up kicking yourself in the face?” The track has a menacing energy, bristling with the cataclysmic angst of confrontation as what sound like a guitar and a banjo interweave and climax toward the song’s end: “You know I could never hurt a fly,” she sings, “unless it wasted my time.”

“Hurt a Fly” is new sonic territory for Williams, and it stands in stark contrast to the calm, near-ambient atmosphere of her last full-length release on Polyvinyl, I Was Born Swimming, from 2020. Planet (i), so far, seems moody in a career-shifting way—the kind of thing, like Squirrel Flower’s Instagram said, one shows off to friends to brag.