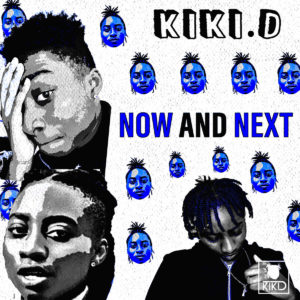 OK, so, first, just to clarify, “Suck City Sounds” are good. Maybe that wasn’t totally clear at first. Maybe “Sounds of Suck City” is clearer? Comment your thoughts down below. I only after the fact realized that the title could sound like it’s saying the songs it discusses are bad. They’re not. We wouldn’t be writing about them if they weren’t. Check this playlist of all the SCS features so far.

Now and Next’s penultimate track, “Flex On Me”—which is, for the record, listed still-appropriately on Genius as “Don’t Flex On Me”—is both testament and celebration of one’s own strength in the face of struggle, all set over a driving beat and emotionally intimate, honest and sparse samples and instrumentals. “Numb to the pain, might as well refuse to quit,” Kiki.D says, “I done overcame adversity I’m too equipped / They passed me the mic ‘cause they didn’t know what to do with it.” No, she adds, “If you ask me, Imma tell you to watch it”—“I know I know you,” she says, “so don’t flex on me.”

Red Shaydez’ verse heightens the tension of “Flex On Me,” recalling that: “There were some truths you would hide / The lies I found out about / And I would wait on you to decide / If I should just line them out.” Her verse complements those of Kiki.D, driving home the denunciation of fraud and the yearning for authenticity.

It’s an exciting track from a riveting new voice. The full album is definitely worth a listen.