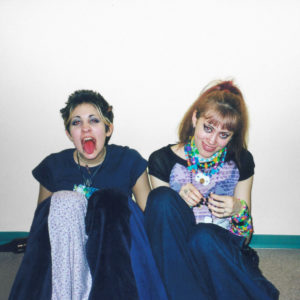 Portland-based Soft Kill are back with their latest LP, “Dead Kids, R.I.P City,” a testament to the band’s post-punk roots, an act of love for their city, and an outlet for grief and growth during trying times. Blending synth elements with moody bass phrases and throbbing, pulsing guitars, Soft Kill stays close to their signature sound, dark, danceable, and distinct. This album is a salve for every cut, bruise, and burn that 2020 has inflicted upon us.

The album doesn’t start off easy by any means. Instead, listeners are slammed in the chest with “Roses All Around,” a track that burns with hopeful sounding melodies, a stretching and intricate musicality that is beautiful and bright in contrast to frontman Tobias Graves’ crooning, keening, darker vocals. This duality plays a role throughout the album, and it really reveals how much love and care is put into each track and then the work as a whole.

“Wanting War,” the second track, has been floating around the Soft Kill ether for quite some time now, and it seems to have settled nicely here. Again, another track with danceable heft, the album seems front-loaded. However, don’t let that dissuade you.

The album features several guest musicians, including Adam Klopp (of Choir Boy) and Tamaryn. Working with other post-punk or goth rock or (whatever you want to call it) acts adds a layer of community to the album, and obviously, it adds to the intricacies of the tracks. The tracks featuring guest artists sit in the middle of the album, where it seems to hit a beautiful, moody stride.

“Pretty Face” was the second single off of the LP, and the sound is incredibly upbeat and bouncy despite the dark lyrical content. “Relax your pretty face boy, the pain has left you now.” The song is an exploration and a way to cope with grief and loss despite its upbeat sound.

The remainder of the album keeps pace until we hit the final track, “I Needed the Pain” a raw, bare-bones pure piece that’s simply Graves and an acoustic guitar lulling us gently back into our respective realities.

“Dead Kids, R.I.P. City” is a beautifully shaped album, exploring stretching soundscapes and drawing in a like-minded musical family to create something to help us heal our damaged hearts and souls, or at the very least, get through another day on this miserable planet.