The prevailing modern attitude on silent film is somewhat perplexing. To the average moviegoer, the prospect of devoting time to silent cinema – or even just watching a silent film – is daunting to say the least. For one thing, roughly a century removed, silents effectively constitute a window to another world: people act differently, cities unrecognizable, and cultural references which once needed no explanation are now profoundly inscrutable. With a handful of exceptions, the most famous actors in the world at the time have become footnotes in history. The rules of cinema were still being hashed out, leading to confusing narrative leaps and editing jumps. And, to address the elephant in the room, the modern attention simply isn’t used to concentrating on long, dialog-free scenes.

And yet, paradoxically, silent films – the better ones, anyway – are, by their nature, inherently accessible. Without dialog or sound effects, the early filmmakers and actors were forced to craft stories and scenes which were easy to understand. You don’t need to have a degree in film studies, or even basic literacy, to laugh at Charlie Chaplin tying his pants to a dog while trying to impress a girl, or to get creeped out by Max Schreck’s face. The earliest film audiences were largely curiosity seekers looking to gawk at this new magical alternative to Vaudeville. Those audiences would literally spend hours at the theater watching this stuff. 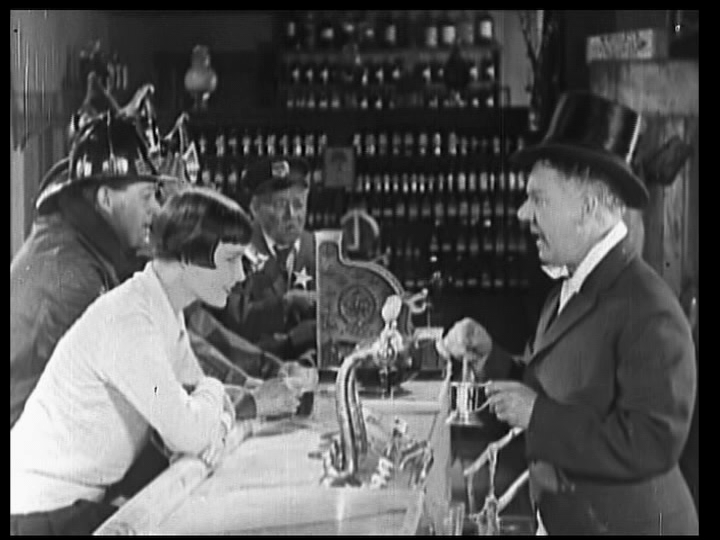 Which brings us to perhaps the biggest block in modern enjoyment of silent films. These movies were never meant to be watched in the comfort of your own home; they were meant to be watched in a theater full of whooping strangers with a live musical accompaniment. Fortunately, the Somerville Theatre’s monthly Silents Please series serves to rectify that by returning these movies to their original context: affordable, Sunday afternoon matinees, surrounded by real people, in a theater old enough to have shown them the first time around. The music is provided by Jeff Rapsis, who improvises themes on the keyboard while watching the films. I caught Rapsis last month scoring Douglas Fairbanks’ Don Q Son of Zorro at the Leavitt Theatre in Ogunquit, Maine, and it was easily one of the most idyllic moviegoing experiences of my life. Rapsis is, in short, a local treasure.

Today’s installment of Silents Please pairs two early features from W.C. Fields, So’s Your Old Man and It’s the Old Army Game, on beautiful 35mm prints on loan from the Library of Congress. While it’s perhaps odd to think of Fields as a silent star – from today’s vantage, his most enduring attribute is his oft-imitated voice – he was also a gifted physical comedian, and his facial tics convey his misanthropic persona just as clearly as his trademark drawl. What makes today’s screening truly remarkable, however, is an appearance by W.C.’s granddaughter, Dr. Harriet Fields, answering questions about what it was like to have the world’s most famously cantankerous grandpa. So put on your Sunday bonnet or favorite straw boater, pay your nickel (adjusted for inflation), and you just might find that silent films can be far more entertaining than the latest Michael Bay talkie.