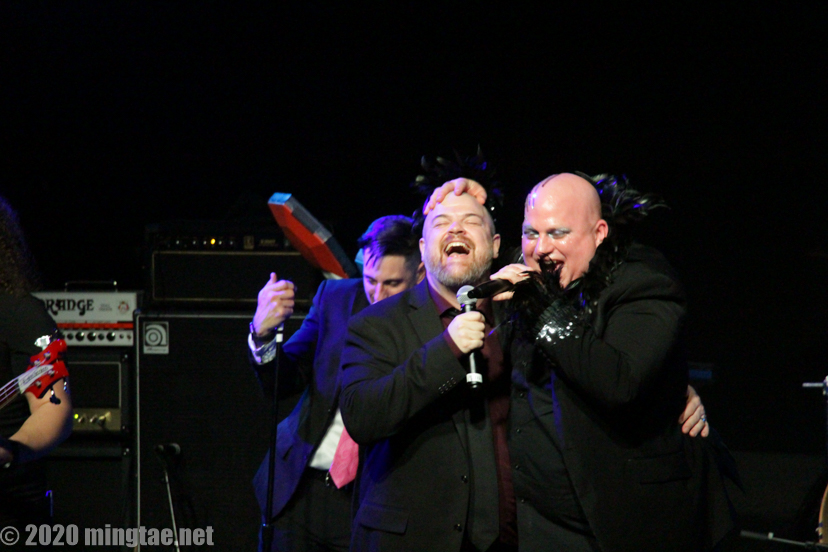 The first time I first saw Sidewalk Driver, they were opening for Andrew WK at Brighton Musical Hall (10/14/17). The crowd was immediately drawn in by the bedazzled head of lead singer Tad McKitterick. Tad looks like a mix between Matt Pinfield and a white Cee-Lo Green, with the head ornaments of Lord Zed from Power Rangers. His outfits consist of platform shoes, black feather scarves, and sparkly jackets. Or at least he starts out that way; there’s typically a few costume changes during a performance.

Judging the band solely by appearance, I was expecting some sort of ironic glam metal parody in the vein of Steel Panther. While there is plenty of irony in Sidewalk Driver’s lyrics (Jenny Don’t Like the Boys is a longing love song about a guy willing to chop his dick off for a woman,) there is absolutely no irony involved in the pop aspect of their pop-rock sound. I get that it’s hard to open up to pop in this day and age. It’s typically a happy genre, and there’s not a lot to be happy about in today’s world. Still, there’s something special about a band that sets out with the one goal of making people happy.

I decided this was a band I need to see again, and I tracked them down to a gig at Thunder Road in Somerville. I encountered Tad downstairs while making my way to the bathroom. Without the headgear, glitter, or an extra three to four inches in height from his shoes, it took me a minute to recognize him, so of course I just stared at him for a minute. I told him how I loved their show at Brighton opening up for Andrew and I was happy to see them again. At the risk of overanalyzing the behavior of rock stars, Tad seems like a super nice and soft-spoken guy off-stage–almost like an entirely different person. He also seems extremely grateful for every bit of praise the band gets. 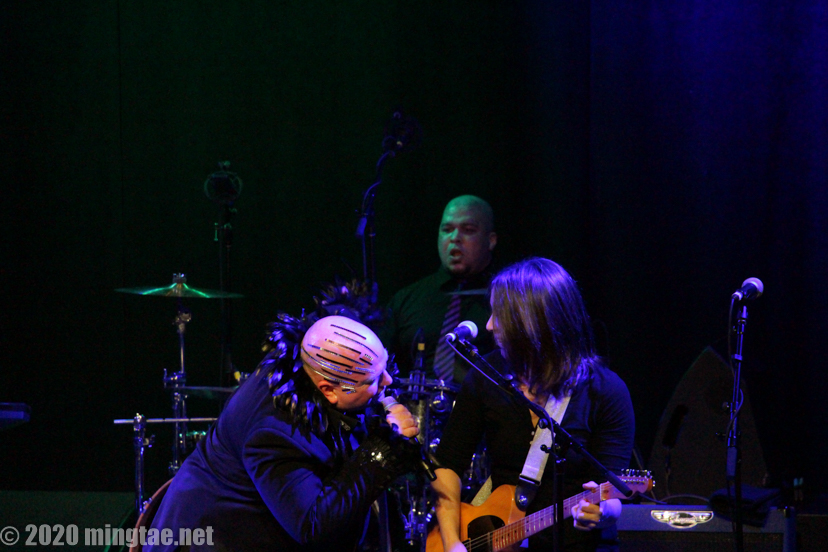 Now this performance was the one that made me realize that not only did I need to see the band again, but this is also an act I can take absolutely anyone to. The music is fun, the vibe is friendly, and Sidewalk Driver knows how to put on a show. A confetti cannon was blown into the crowd. Tad changed into what looked like a light up, open-faced, clam helmet. Near the end of the show, he took out a Market Basket bag containing Market Basket brand peanut butter, Market Basket brand jelly, and Market Basket brand Butter Bread. He made sandwiches and passed them out to the crowd. I don’t think anybody ate them, honestly. I’m not sure if everyone was taken back by how unexpected this food was or if maybe there were some peanut allergy concerns. I would have at least taken a bite of one if it made its way to me. I remember picking up the bag of Butter Bread that was left behind, because the term “butter bread” is hilarious to me. After walking around with it in my hands while closing out my tab, I realized this was not something I wanted to hold on to, but I felt rude putting it down, so I tried handing it to different folks before leaving it on the bar.

I was lucky enough to catch Sidewalk Driver again last Friday, and I was also lucky enough to talk to Tad once more before the show. The show being advertised was Sidewalk Driver and Party Bois, and Tad explained to me that the Party Bois were not an opening act, but another group playing with them in a collaborative supergroup-type effort. He said the one big similarity shared between the two bands’ music was being fun and upbeat. 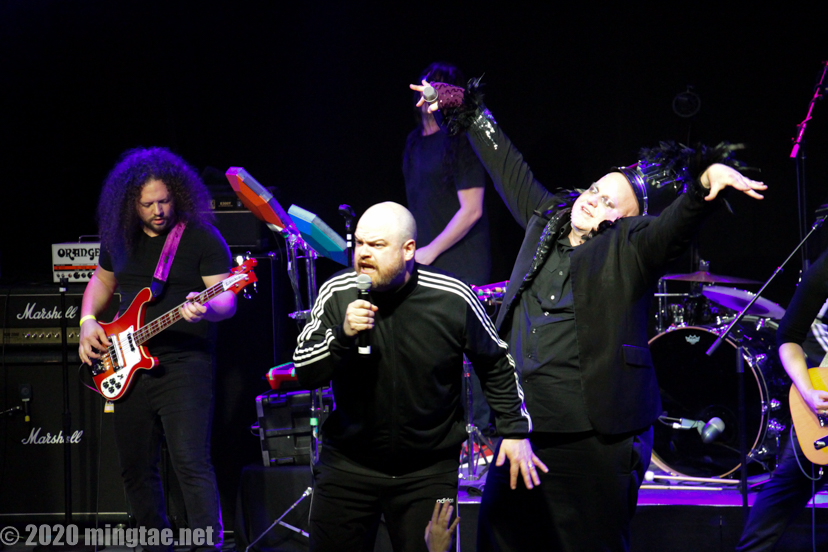 During the performance, I saw there was a lot more in common than I was originally picturing. Yeah, they’re both fun and upbeat, but they’re also legitimately funny music made to dance to. Party Bois lean a bit harder into rock than Sidewalk Driver, but the pop aspect is definitely still there. I heard someone next to me say, “Party Bois are a cocaine band.” Never tried the shit (too afraid to fall into a Chris Farley trap,) but I can see their music being listened to at a nightclub full of yuppies. I mean that as a compliment; I am a Madonna fan.

The Bois added another dimension to the usual confetti cannons and illuminating outfits by loudly singing and dancing in suits, with an energy that could be seen as angry if you were judging them based on the faces they made and not the music they were performing. An extra drummer, who looked like a mix between Bret Hart and Dee Dee Ramone, stood behind them and banged on some neon octagonal drums. During the song Running the Game, the Bois replaced their business suits with tracksuits and everyone had an extra drum (or set of them) either strapped onto their body or placed in front of them. I felt like I was watching a disco version of GWAR and I loved every second of it. 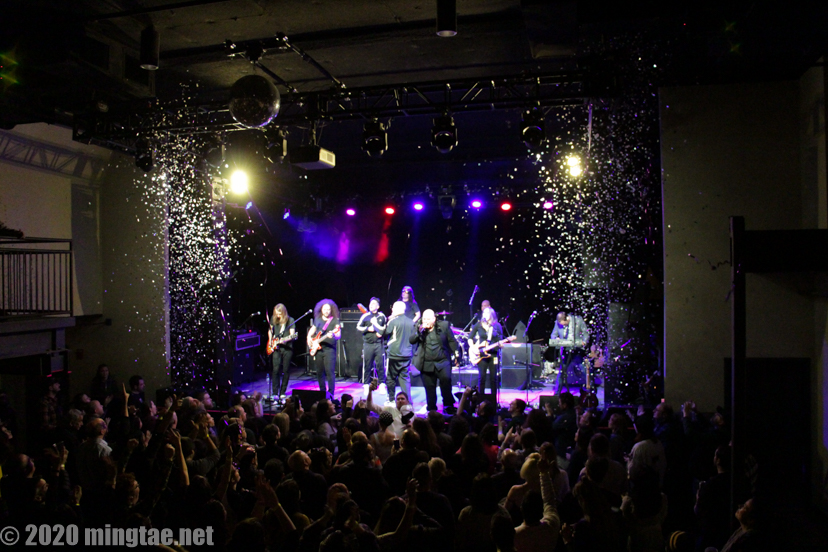 After the show, I told Tad the music Sidewalk Driver and Party Bois make puts me in such a good mood. He hugged me and said, “That’s what it’s all about.”