It was Boston’s first snow night of the year and nothing compliments a wintery mix quite like an evening of math rock so I dragged my old ass out to Cambridge to see a math rock show for the ages.

Dorchester based Tysk Tysk Task opened up this night with some acoustic jams and proved to the the perfect opener that bridged any gap between the touring bands. Drummer Kyle Cuneol was unable to make it so Samantha Hartsel did it all solo. I’ll admit that when I saw that the first band was a solo act with an acoustic guitar, I was thinking hard about what I was going to write about because I’ll admit my ignorance of folk music. However, I was immediately all in as Tysk Tysk Task was playing striped down rock n’ roll that felt more like more raw and female fronted version Nirvana Unplugged. Samantha is a performer who brought fantastic energy to the stage without it ever feeling forced or contrived. She just owned the spotlight naturally. With a great sense of dynamics, she has the chops to nail the softer parts and the intestinal fortitude to give it 110% on the howls. She immediately set the tone that good things were happening 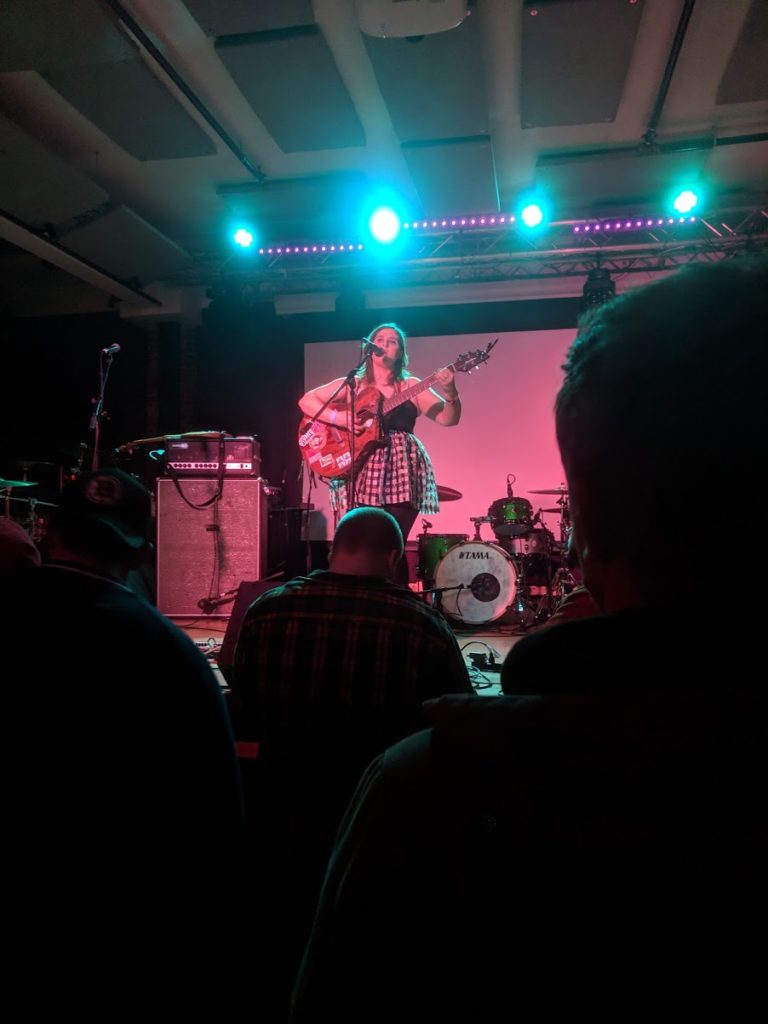 Tera Melos opened up their set with a cover of Black Flag’s My War that brought everyone up to the stage immediately. I read an interview where TM didn’t want to be labeled as a math rock band and yes, I get it, no musician that’s creating new music wants to be put in a box. Seeing them live though, it’s hard to argue otherwise. It’s intricate and off time in all the right ways. The key to what they’re doing is writing songs with insane amounts of detail and then taking unexpected twists and turns that somehow are never distracting from the energy of the music. At points it sounded like early Don Caballero and other points it sounded like Faraquet but at every point it always sounded like Tera Melos. Nick Reinhart’s guitar work was astounding by making that instrument sound like an orchestra. It was a lot like watching a magician in that you’re viewing it trying to figure out how the trick works and almost distracted by how all that sound is coming from one person. Unlike a lot of musicians that turn their focus onto the pedal board, everything he does is always built on a foundation of great playing ability and well honed craft. I’ll also compliment his showmanship involved with his extra hand movements that sometimes resulted in extra sounds. Did he just wave his hand and make a zap? Probably not but he made me question it! This showmanship also included a figurine of someone in the fetal position that would make noise when pushed. I saw a crowd of people wondering what it did from the front row before the show started. It just makes a noise and looks cool. John Clardy was also an absolute beast behind the kit keep all of the divergent sounds glued together while wrecking shit. 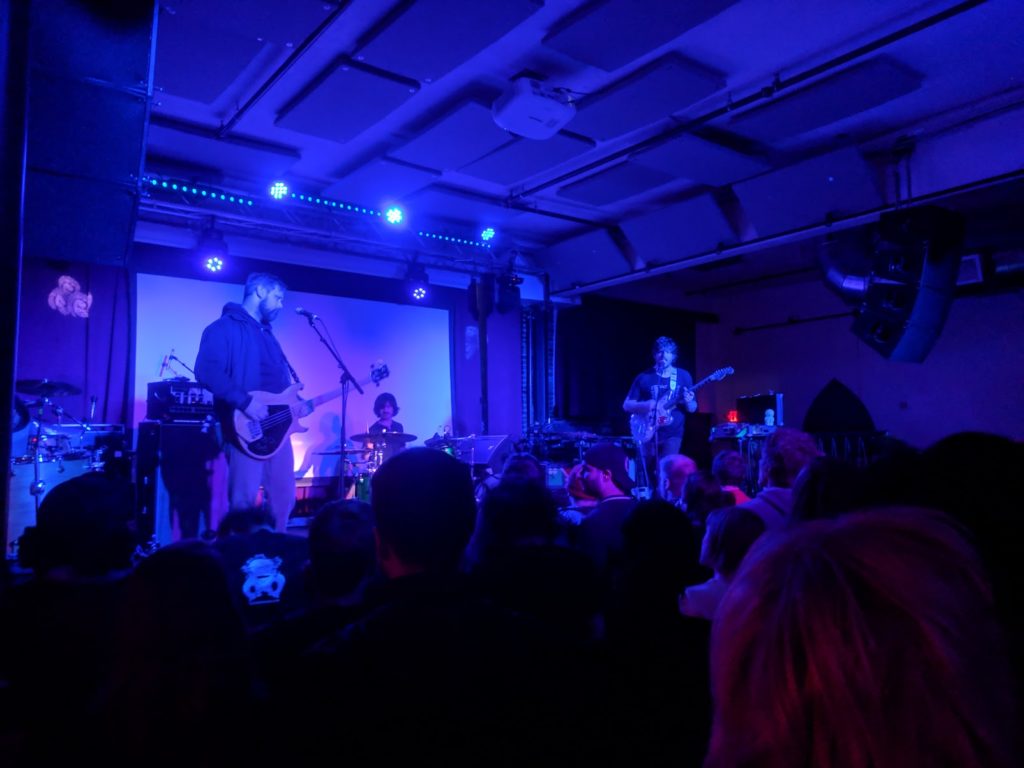 Japan’s Mouse on the Keys topped off the night with their unique set up of a drummer a synth player and a keys player. They were positioned in a circle facing each other with the drummer toward the front of the stage and boy o boys, in front he was! The drummer, Akira Kawasaki, was 100% the frontman of the group first warming up the crowd with some percussion dynamics during sound check, to screaming “are you ready?” mid-set and then playing while standing on his drum throne at one point in the night. His mastery of the kit was obvious from the beginning but he very much knew when to play in the cut and let Daisuke Niitome and Atsushi Kiyota set the tone with their dueling keys. They’s a very hard band to pin down in a category but if Math Rock can be divided into a school that comes from prog and another that comes from jazz, Mouse on the Keys comes from the latter. There was a very free flowing vibe as songs came out from the stage and had the immediacy of something being created in the moment but a complexity of something crafted over a long period of time. At the same time there was a distinctly modern feel to it and an overall sense of song structure that felt more like Tortoise or Mogwai than Duke Ellington. Any which way you cut it, you were enveloped by the atmosphere they created.

This was a phenomenal show and the crowd was so good, I’m betting both of these touring bands come back through town again. If math rock has just become a default term for music that’s off kilter and complex, maybe Tera Melos is right and it’s time that we diversify our language. As diverse as these bands were, the common elements were all the qualities of math rock I enjoy: good writing, strong dynamics and unpredictable playing styles. It was a fun night at Sonia.