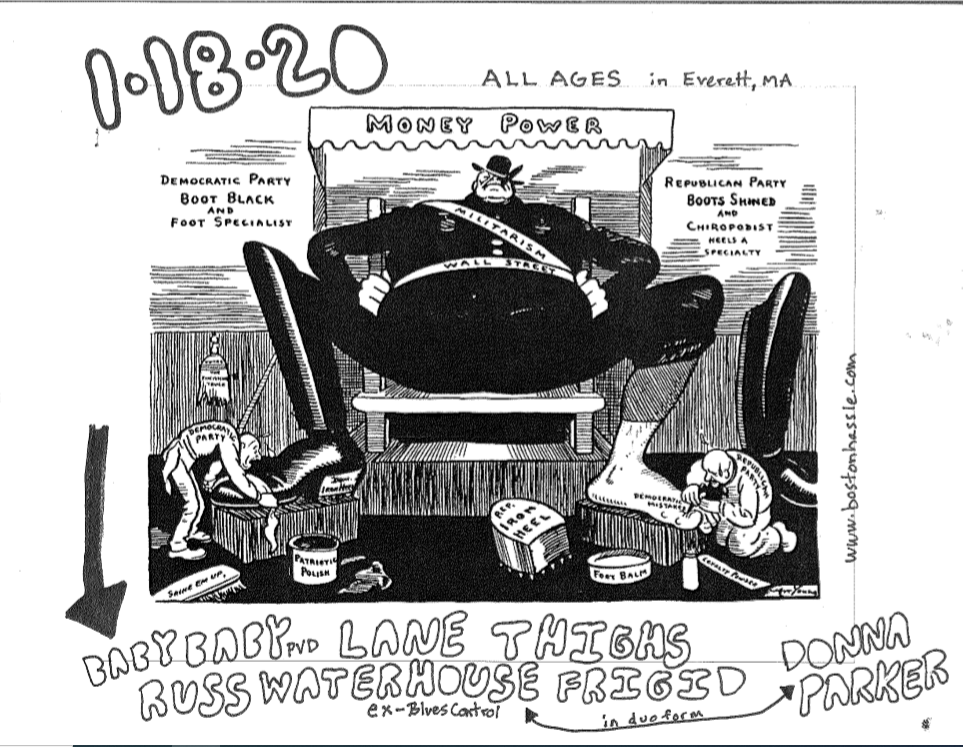 We’re having a good time, right? Chill mutato-pop music from the Providence slime palaces for the out-of-body-experience on a saturday night crowd that wonders along with me what kind of future there might actually be in Everett. I did once look into living in a warehouse there by the gas plant but that was a – while – ago. BABY BABY let’s have a time. Hell this gang could even pass as “Chelsea dipped” synth pop if you were to ask me (no one will)!

A heathen rick rolled shame with that THIGHS bunch. Makes me wanna puke w/ and/or on a drum machine, flanger, and bari. LANE on the other hand are a nice band. Shimmering new pathways down the cosmic guitar super highway. Not psychedelia, I don’t think, but I’ve been wrong before.

RUSS WATERHOUSE, a Mass native is back in this zone once more. Known in many parts as half of Blues Control, his noisemaking and sound conjuring has been, and continues to be esoteric, and beguiling and he’s teamed up with Mass noise heroine of forever DONNA PARKER for this evening to raise holy fucking hell no doubts to be had. FRIGID slays electronically, experimentally twisting technoid beats for her own purposes and for our own ears.

We asked Ruth Garbus some questions before her Hassle Show this weekend!