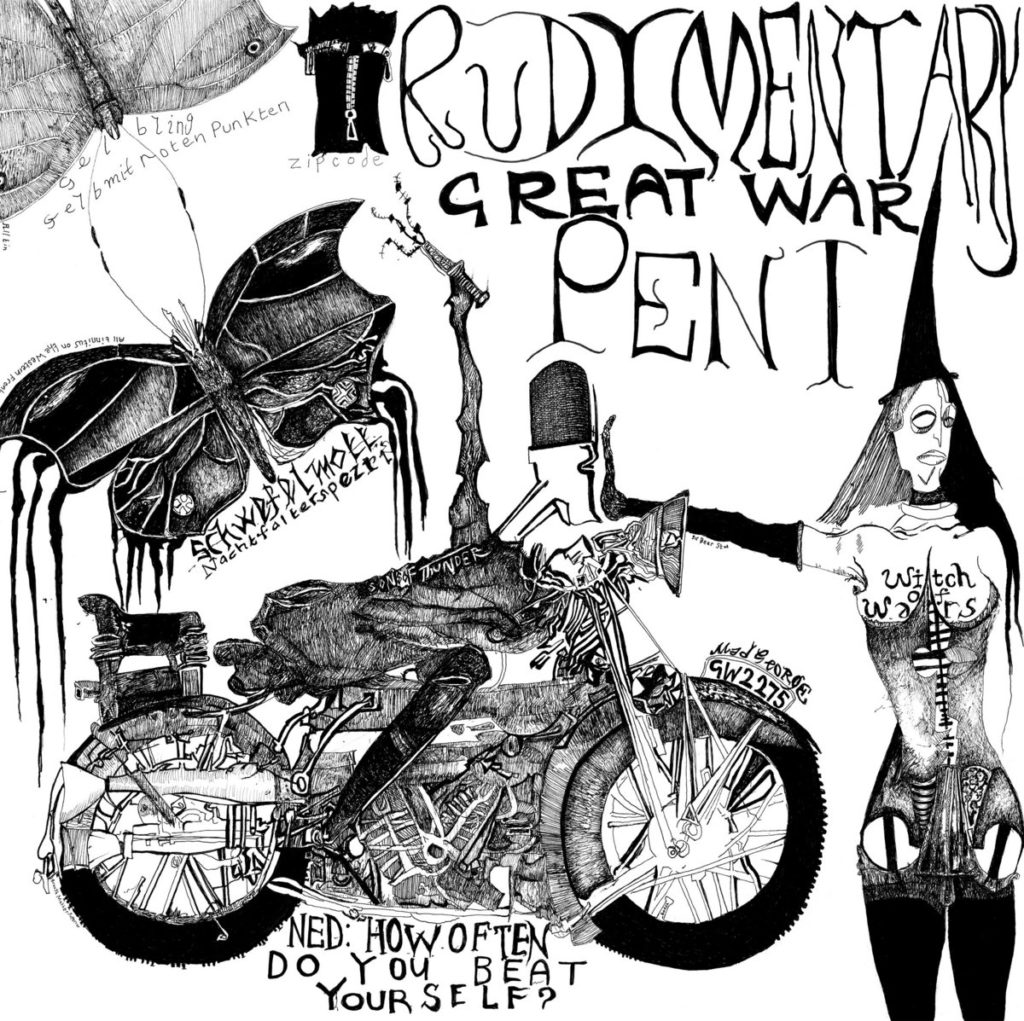 The anarcho-punk artists behind Rudimentary Peni have miraculously reconvened despite all efforts of grand cosmic debilitation and the host of treacherous enchantments against them. Great War is considered Rudimentary Peni’s fourth full album among a scattered history of bizarre and infrequent releases that began in 1981 with their self-titled EP. While 2021’s Great War is full of characteristics much related to their older material, a decade between musical projects has clearly morphed some aspects of the band.

Great War is an album of droning, anthemic songs, almost sidelining the sounds of deathrock and hardcore that were favored on earlier projects like Death Church or Cacophony. The album is conceived through the war poetry of Wilfred Owen, a British soldier that was killed in action and gained most of his renown as a poet posthumously. Owen’s poetry is a devastatingly bleak look into the black heart of the first world war, highlighted here most poignantly on Peni’s “Anthem for Doomed Youth.” The literature works well with the band’s sound, even if it is a little dated and strange to relate to at this point.

There are a few stark differences between Great War and the sound on the band’s last EP release, No More Pain. Nick Blinko’s voice is one of the most immediately recognizable changes, and while this is also noticeable on No More Pain, it isn’t as apparently restricting as it is on Great War. The band’s songwriting has also changed. There is a shift towards simplicity either as an unintended effect of rust or for stylistic purposes. Regardless of the reason, Great War has the dreary tendency to follow along with just one or two musical ideas for the duration of each track. This sees the band inhabit a sort of droning quality that is probably unfamiliar to fans used to the manic tempo changes and caustic vocals that Blinko and band used to roll out. Sure, times are different, music changes—but even then, the guitar mix could have done with less mud from the low-end.

Nick Blinko’s chaotic artwork makes another welcome appearance as the cover of Great War. I’ve secretly always preferred Blinko’s visual art to the band’s music and, though this cover is one of his less-intense works, it still evokes that stitched-together sense of dread-reality that is endemic in his art. The pen-drawn piece features the jagged lines of the war witch, the inhuman slash that is the son of thunder, and a ragged motorcycle that looks as if it’s been crafted from the bones out of a charnel house. Everything in the artwork is much more than itself. The figures are scored, slashed, abstracted, and webbed to create that chilling hyper-detail that is distinctive in Blinko’s nightmarish imagery.

Great War certainly has its faults. Still, for many of us, it’s another addition to an otherwise sparse history of fabled and obscure musical releases. In a way, it’s a piece of an incomplete puzzle that fans have been musing on since the public reception of the band in the ‘80s—and for a more complete view of the chaos-fueled literary insanity that is Rudimentary Peni, Great War is a welcome addition. 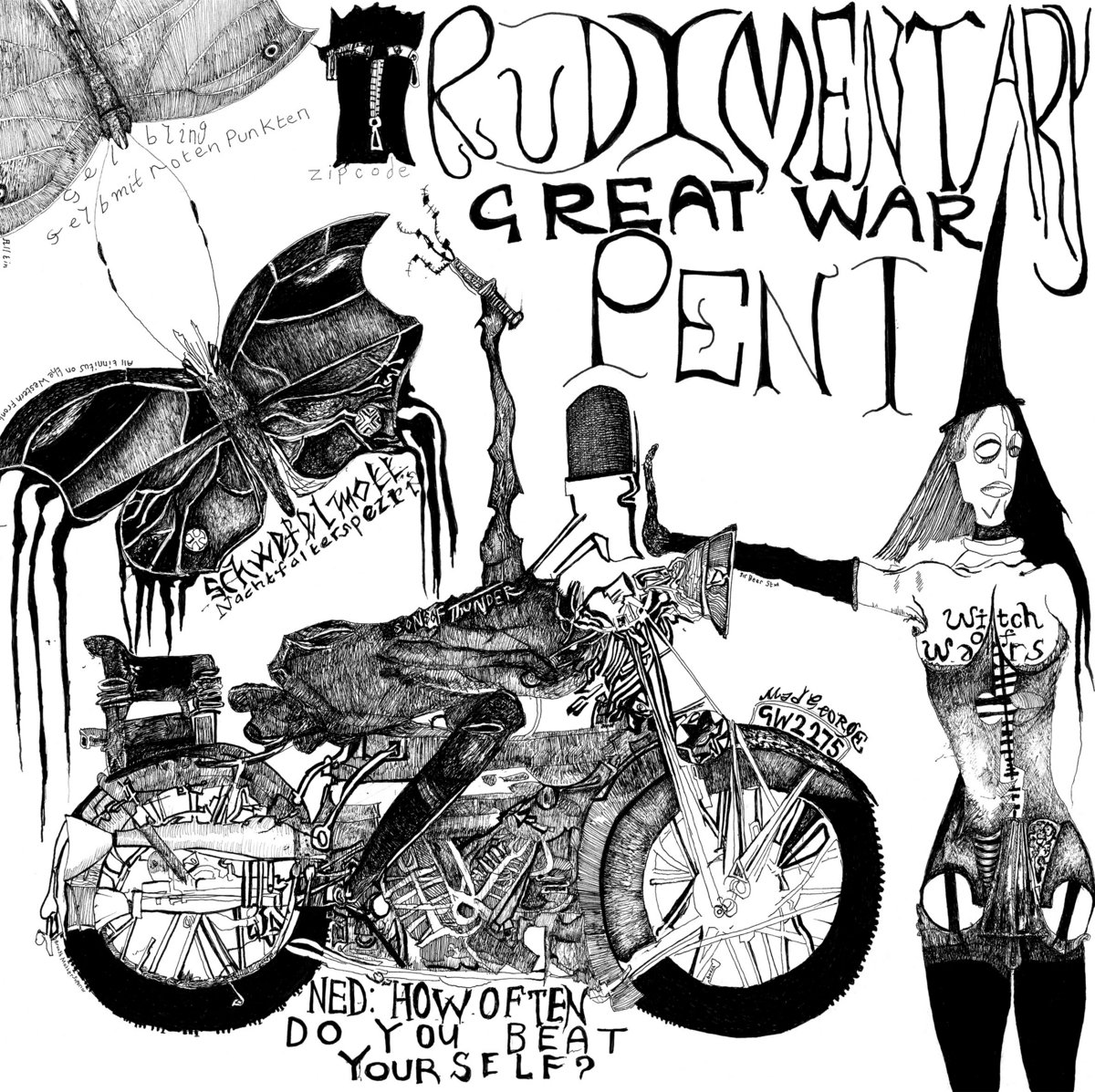