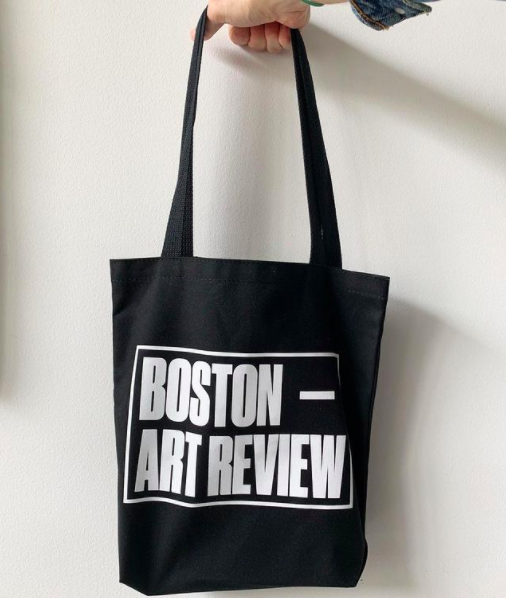 In an age when digital information can be shared in seconds, Boston Art Review returns to print’s power to capture specific moments in time. In anticipation of the magazine’s issue Rooting, I spoke with BAR’s founder and editor-in-chief Jameson Johnson (a Boston Hassle arts & culture section alum before starting BAR in 2017). We talked about how one publication can attempt to snapshot an entire city’s art scene, the power of a written record, and what she sees next for the review.

BAR began as a forum to facilitate discussion about contemporary art: to expand access to individuals outside of the isolated art world. BAR strives to provide the same insightful and intellectual critique, without divisive critic culture. “We’re dedicated to creating art coverage and criticism for people who might not know all the jargon, but who still care about art,” Johnson said. When she founded BAR in 2017, remaining untied to a particular university or neighborhood was an important and intentional decision, so the outlet would remain accessible to submitters and readers without access to those communities.

Three years and six biannual issues later, BAR has tackled themes as diverse as Reveling in Black Excellence, tracing ideas of movement and immigration, and the development of public street art. The platform’s volunteer-and-artist-generated content breaks down many of the silos separating art criticism from community, democratizing the discussion of what’s happening in Boston, and the print format creates a sense of permanence that is accessible to all. (Compensation will be offered to the writers of Rooting.) 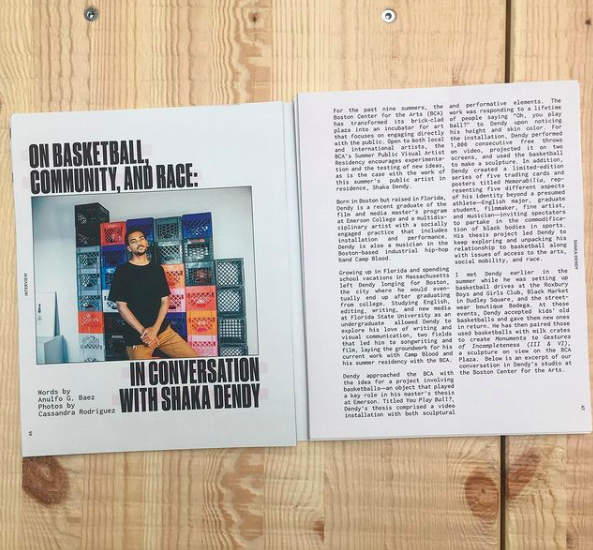 Uplifting diverse voices, which Johnson boiled down to “diversity of thought, resulting from including people of all racial backgrounds and other identities”–is key to cutting across the whole picture of what’s percolating in the city’s art ecosystem. She finds additional value in creating physical print issues as opposed to maintaining virtual-only output. “Online databases can be wiped out in seconds, but can be distributed to new places and take on new lives. It’s a written record of what’s been going on at a specific time.”

Unlike other art publications that operate with editors assigning pitches, Johnson sees BAR’s open submission format as another way to increase accessibility. “We frequently publish first-time writers without bylines in art publications,” she said. “Since what we publish is taken from what comes through our inboxes, our open call format is a great way to get community feedback. Our job is just to keep our ears to the ground and see what’s exciting people.” BAR’s sense of volunteer-driven engagement fosters connections between institutions and allows new people to share new perspectives.

Listening to the community results in each issue being birthed through organic conversations among the eight-woman editorial team–including Kaitlynn Ovett Clark, Abena Osei Duker, Karolina Hac, Jacqueline Houton, Leah Harrington, Julianna Sy, and Maya Rubio–about what they want to see–what reflects the community’s reality, as much as one publication can.

“We were trying to wrap up this era and realized so many people had spent the quarantine time gardening, reconnecting, diving into community in a way that they hadn’t previously,” she said. As physical gatherings resume, restrictions lift, and we see somewhat of a return back to our pre-pandemic visions of community, it sounds as though the collection will share some insight on how we can find our footing in new definitions of community, balancing old habits and ones we may have formed during quarantine.

Rooting, arriving in mid-October, will feature work by Jeffrey Gibson and Mary McNeal, as well as a look at the MFA’s Garden for Boston project. Johnson also sees a lot of growth in BAR’s future. In addition to expanding the editorial team with three new individuals for this upcoming issue, her next goal for the magazine includes applying for independent non-profit status, which she hopes to take shape by January of 2022.