In recent years, a subgenre of rockumentary has emerged which I call “the Sugarman Model.” These films usually begin by detailing the life and work of an obscure, semi-forgotten musical artist, leading up to the point at which they fade from the public consciousness; the focus then switches to the present, as the filmmakers track down their subject and present them with the fame that has eluded them for the past several decades. I’ve named this phenomenon after 2012’s beloved Searching for Sugarman (about cult singer-songwriter Rodriguez), but it dates back at least as far as the 1994 gem Theremin: An Electronic Odyssey; other examples include A Band Called Death, 20 Feet from Stardom, and Standing in the Shadows of Motown. All of these films tell an immensely satisfying story, and each has exposed some great music to a much broader spotlight. But how do you tell the story of a band which has consciously and vocally rejected that spotlight from the very beginning?

The Residents are superstars of the recluse world. Founded in Shreveport, Louisiana, the group’s four musicians moved to San Francisco in the early ’70s, where they were taken in by a guru known as The Mysterious N. Senada. For over 40 years, they have released a steady stream of ambitious, steadfastly weird records, without ever revealing their true identities: They never appear in public without masks (most iconically, giant eyeballs wearing top hats), and all press inquiries are answered by an equally shadowy management group known as the Cryptic Corporation. Now then: Some of the facts I have just listed are probably the truth, while others are debatable at best. Some of the people mentioned may not be who they say they are, while others may never have existed in the first place. As Simpsons creator and former rock critic Matt Groening famously wrote, “There is no true story of the Residents.” 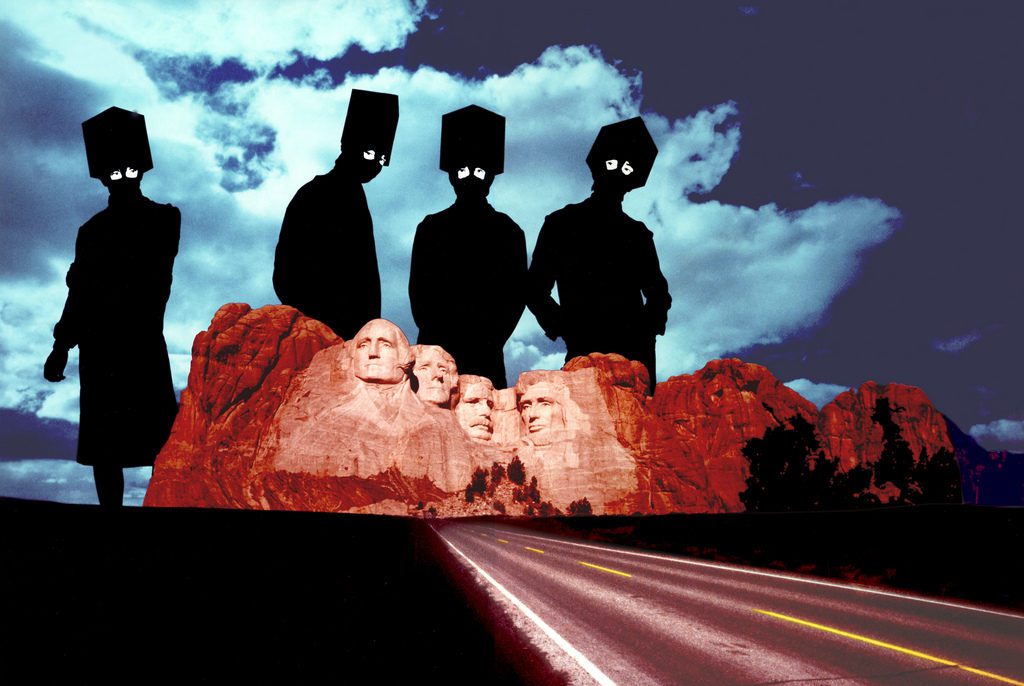 Given that the cooperation of his subjects was never even a remote possibility, filmmaker Don Hardy wisely avoids the Sugarman Model in his new documentary Theory of Obscurity. While their anonymity is noted—really, how can it not be?—the film is less interested in who the Residents are than what they are. This is primarily explored via interviews with known collaborators (including Penn Jillette, who served as onstage narrator on the 1983 Mole Show tour, and Henry Cow drummer Chris Cutler), Residents superfans (ranging from Groening to Primus’s Les Claypool), and assorted representatives of the Cryptic Corporation. While the former provide much-needed context for the uninitiated, it is the latter that provides the most insight; many of the Cryptics have been involved with the band since the beginning, and their testimony (along with some revelatory early live footage) provides a fascinating look at the Residents themselves.

Of course, “themselves” is a murky term when it comes to the Residents. The titular theory refers to the band’s vow of anonymity: Musicians do their best work without scrutiny, they reason, so if they remove themselves from the equation, listeners and band alike are free to focus on the music. If that was ever truly their intent, however, then they must be considered to be at least partly unsuccessful, as 90% of articles about the band tend to focus on the mystery of their identity. Some theories are obviously spurious (like many underground bands in the ’70s, they were once rumored to be the Beatles); others are more plausible, but generally discredited (such as an association with an even more obscure band called Cromagnon); a couple are pretty damned airtight. I’ve gone back and forth on whether the inclusion of my own beliefs would constitute a spoiler, but I’ve ultimately deemed it necessary to express my full thoughts on the film. So here’s what I’m going to do: If you are already familiar with popular theories on the Residents’ identities, or if you don’t mind taking a peek behind the curtain, continue reading past the following video. If, on the other hand, you’d rather leave that particular beard untugged, please skip down past the second video. Got that? Good. I’ll see you on the other side.

Now then: The going theory is that, behind the masks, the Residents are the representatives of the Cryptic Corporation. The original quartet, it is said, consisted of Homer Flynn, Hardy Fox, John Kennedy, and Jay Clem, all of whom were associated with the band going back to their Shreveport days. Kennedy and Clem split (publicly from the corporation, privately from the band) following a financially disastrous European tour in the early ’80s; since then, the only two constant members have been Flynn (generally believed to be the singer and principal lyricist) and Fox (the purported musical mastermind). This theory is backed up by the fact that all Residents compositions are credited in the Library of Congress to Flynn and Fox (though that could just as easily be a copyright dodge), and that Flynn’s southern drawl and hangdog expression are a match for what is known of the Singing Resident (who currently identifies himself onstage as “Randy”).

If one accepts this as true, what we have here is as close as we’re likely to get to a bonafide Residents tell-all, which makes it a pretty remarkable document. All four original Cryptics are interviewed, providing unprecedented insight into the band’s inner workings. Particularly striking are the segments in which Clem and Kennedy share, with surprising bluntness, the frustrations which led to their departure. Of course, as with all things Residential, the story is never entirely straight. All four maintain their respective poker faces, referring to the band in the third person and occasionally describing rifts between the Residents and their minders. It’s possible that this is their way of relating their disagreements with the other members of the band, or that, in this context, “The Residents” refers to their own artistic ids. Or maybe we’re all wrong, and these guys really have been managing the Beatles for the past forty years. We will almost certainly never know for sure.

Ultimately, Theory of Obscurity, like the Residents themselves, is something of a Rorschach test, becoming something different depending on what the viewer brings to it. For the uninitiated, it is a primer to a deliberately daunting body of work. To the fan, it provides fresh insight into familiar material. To the skeptic, it serves as a Room 237-style portrait of delirious obsession. This is not to say that it is without its flaws. Some of the focus on the group’s fans skirts a little close to preciousness (and may scare away newcomers), and a handful of live performances are accompanied by animated text of the lyrics, which does not always serve the band’s intentional nonsense poetry. As a longtime obsessive myself, I was most surprised at the absence of discussion of late guitarist Philip “Snakefinger” Lithman, whose distinctive solos (and willingness to identify himself, albeit by pseudonym) made him the closest the group ever had to a breakout star. But then, perhaps that’s the point: To focus on the individual rather than the art is to miss the (fucked-up) forest for the (deeply weird) trees. Now stop reading this and go put on Duck Stab.

Screened at the Brattle Theatre as part of IFFBoston 2015