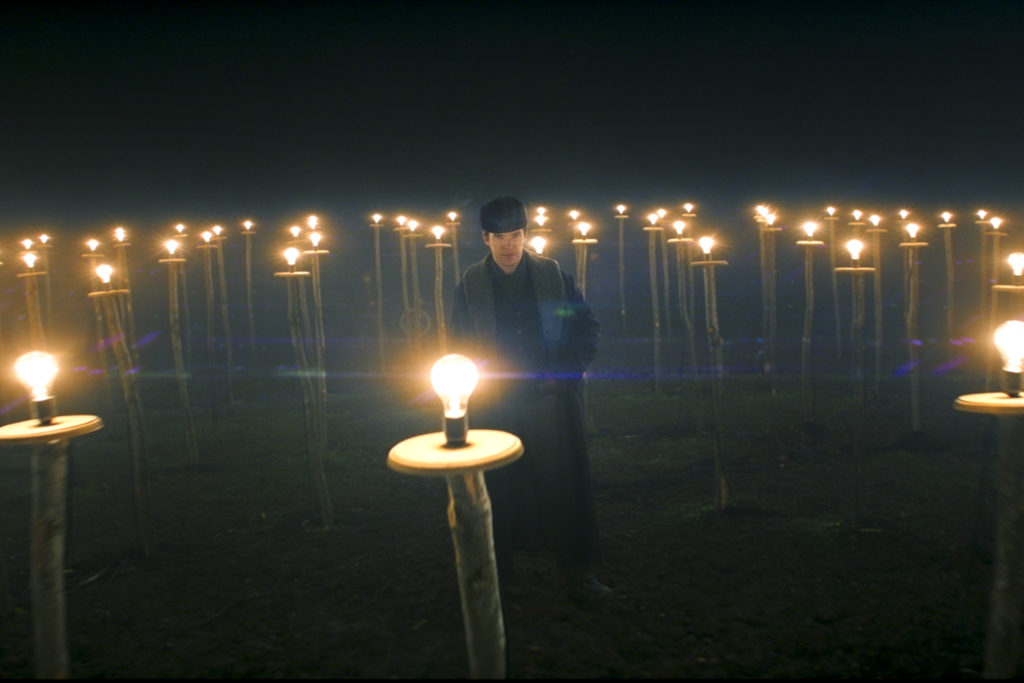 It’s become a bit of a cliche that we live in accelerated times. Where movies, TV shows, and other pop cultural touchstones once took months to pass through our collective system, it now takes roughly a weekend for a topic to be binged, consumed, thinkpieced to death, and pushed aside for the next Moment. As a result, it can be difficult to retain total recall of things that happened just a few weeks ago (did you know that there have been THREE different animated films about yetis in the past 13 months?). So one could be forgiven, perhaps, for not batting an eye at The Current War: Director’s Cut, which opens this weekend. Of course; The CURRENT War. It came out a couple of years ago, right? I think it was nominated for a few awards– pretty sure some coworkers were talking about it. I’d be interested to see what they changed this time around.

In fact, The Current War is perhaps the first film in history to be released as a “director’s cut” without ever having received an original “theatrical cut.” It did screen– once, at the 2017 Toronto Film Festival, as an Oscar hopeful for the Weinstein Company. That timing, and that name, should give you an idea of what happened: within a month, the Weinstein Company was no more, its monstrous leader righteously harpooned after decades of depressingly predictable misdeeds. What’s more, Harvey Weinstein, was known to have been in the process of recutting The Current War, making it particularly radioactive. The film was pulled from release, passing from distributor to distributor before finally landing at 101 Studios, where director Alfonso Gomez-Rejon revisited it and brought it into its current form. So, long story short, “Director’s Cut” in this context essentially means “Not Made by a Rapist.”

But ANYWAY: two years after its first screenings, The Current War finally hits theaters this weekend. Does it measure up to the behind-the-scenes drama and endless series of false starts? Of course not; could any film? In the end, it turns out it’s simply what it probably was always going to be: a perfectly pleasant, if somewhat middlebrow, historical costume drama.

The Current War tells the story of the early days of electricity, and the battle between alternating and direct current (the title is a pun, see). On the one side, you have flamboyant electrical pioneer Thomas Edison (Benedict Cumberbatch), aided by young secretary Thomas Insull (Tom Holland; dizzyingly, this is technically Holland and Cumberbatch’s first film together, as it was shot before Avengers: Infinity War), who favors the less convenient (but supposedly safer) direct current electricity. In the other corner: billionaire industrialist George Westinghouse (a magnificently sideburned Michael Shannon), looking to run the country on alternating current. Floating between the two is “futurist” Nikola Tesla (Nicholas Hoult), a visionary whose wild ideas (and fabulous taste in clothes) outpace his business sense and real-world experience. 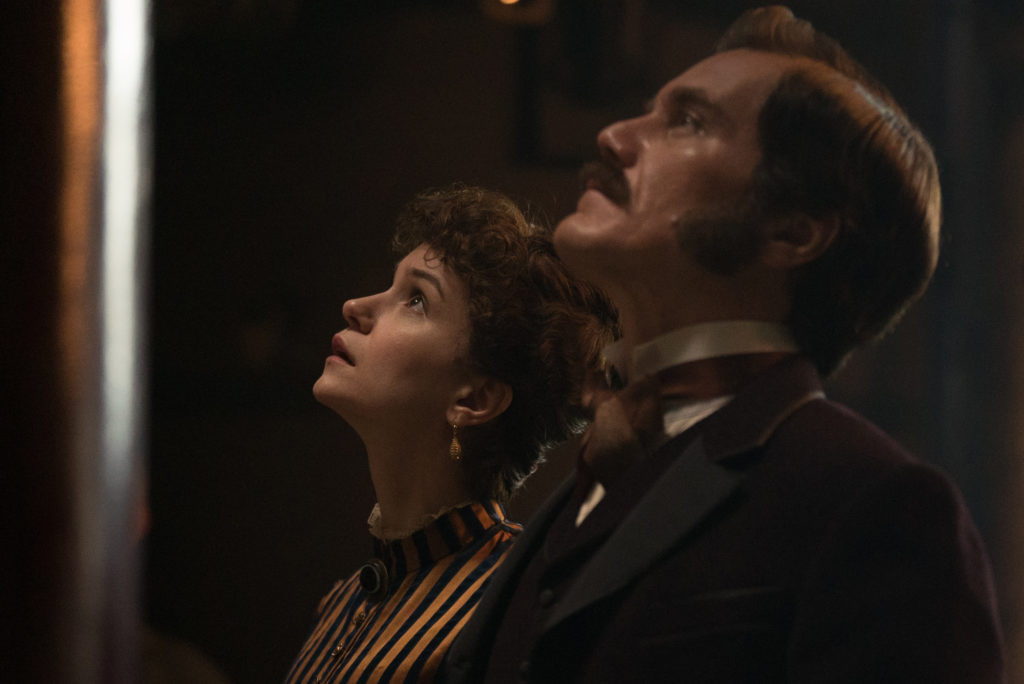 Make no mistake: The Current War was never going to reinvent the wheel (or the lightbulb, as the case may be). There are points at which it feels like it could have gone in some daring directions, but chose not to. I’ve never been much of a nerd in the field of engineering history, but the one thing I went in knowing about the Edison/Westinghouse/Tesla feud is that, to prove the dangers of alternating current, Thomas Edison made headlines by publicly electrocuting a rogue circus elephant. In The Current War, Edison calls a press conference to witness the appalling electrocution of… a lame horse. To be sure, Edison did murder a wide range of animals to prove his point, but given the choice between executing an elephant or euthanizing a horse, why go with the less cinematic of the two? (Perhaps Gomez-Rejon knew he couldn’t compete with the definitive dramatization of the incident). Likewise, Michael Shannon is one of our most compellingly strange working actors, but rather than giving him free range to shout and froth and quiver his muttonchops, he’s mostly constrained to simple glowering, and ultimately comes off as largely reasonable. When I go to see Michael Shannon star in the retelling of a historical feud, I want to see him go off the fucking rails.

That said, there’s no such thing as an unwelcome Michael Shannon starring turn, which speaks to the film’s strength: its fundamental watchability. All four leads are terrific fun to watch, even if they’re somewhat hemmed in. The camerawork is sumptuous, the costumes are fantastic (particularly Tesla’s, which becomes a bit of a running gag), and the script by playwright Michael Mitnick is brisk and clever enough to keep you invested even if you don’t give a single shit about business rivalries or technical pros and cons. Its chances for Oscar gold have likely been derailed by its rocky path to screens, but ultimately it is what I wanted it to be: a perfectly pleasant night at the movies. Will I remember it in a year or two? Possibly not, but I left the theater with a smile on my face.

CINEMA QUARANTINO: All (or most) of the Werner Herzog Movies and Documentaries You Can...