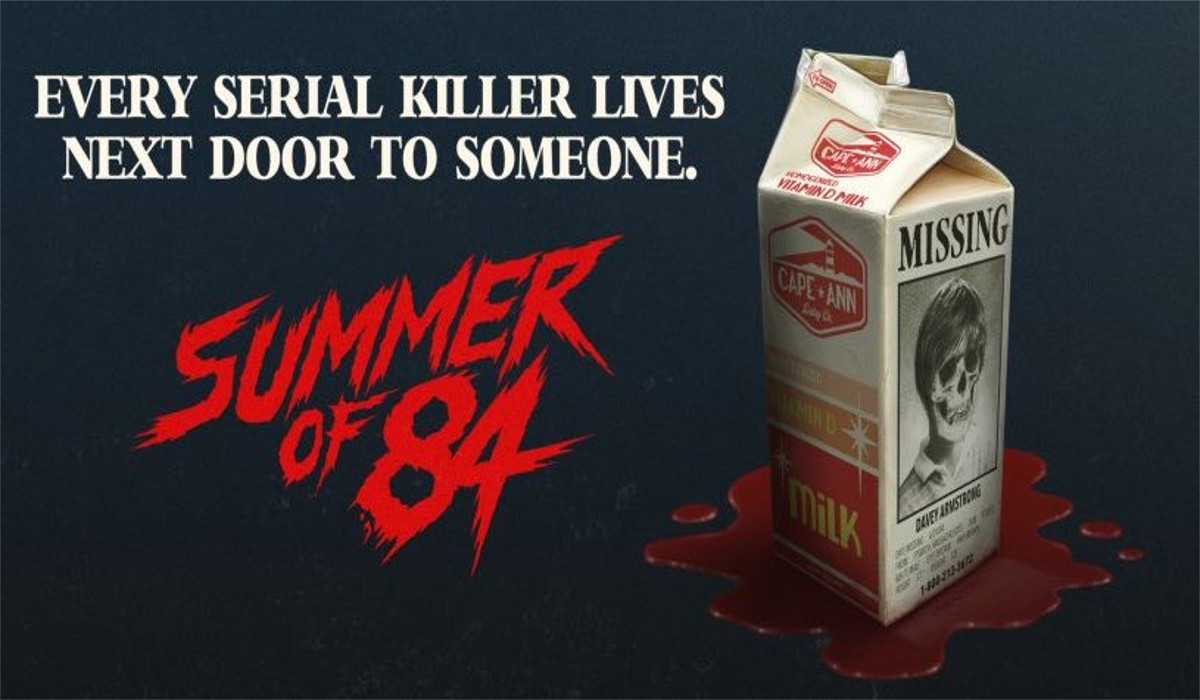 It has been said time and time again: the ’80s are HOT in pulp culture at the moment. That is a fact. You don’t have to look hard to see how dominating the ’80s are in the world of entertainment. As we speak, the Netflix show Stranger Things is going 2 seasons strong, with another season coming next year; the box office hit adaption of Stephen King’s It is still everywhere you look, its second chapter currently being filmed; and Toto is back on the charts with their hit “Africa.” Who knows why we’re bowing down to the cold war generation; maybe it’s because this whole world is screwed up and we can currently identify with the socio-political climate of the time, or maybe it’s because the ’80s were badass. Whatever the case, we should feel lucky to be living through the ’80s renaissance, having been graced with so much good entertainment these last few years. One of *the* best servings of ’80s nostalgia in film came out this past weekend: the shockingly terrific horror film, Summer of ’84.

Directed by the team of filmmakers that goes by RKSS (François Simard, Anouk Whissell, and Yoann-Karl Whissell), Summer of ’84’s story is a very simple exploration of the horrors in suburbia, but in this simplicity, RKSS finds a way to dig deeper into said horrors than most similar recent tales. ’84 follows a group of teenagers, mostly led by Davey Armstrong (Graham Verchere), as they explore the boredom of a quiet, middle class suburban town. Things take a disturbing twist, though, as Davey starts to suspect that his reclusive police officer neighbor, Wayne Mackey (Rich Sommer), might possibly be a serial killer. As Davey goes down the rabbit hole with his best friends, including the stand out character “Woody” (Caleb Emery), they start to realize that something is not right in the town. Sure, it might sound like something you might have heard before, but RKSS presents this tale of homegrown terrors in a light never seen before.

While Summer of ’84 definitely takes cues from Stranger Things, the tone RKSS instills into their film is its own beast entirely. Easing you into the world of ’84, RKSS adds a nice sense of safety that isn’t that uncommon in coming of age films; the white picket fences that line up the houses one by one, the paperboy riding his bike, the casual Reagan/Bush ’84 sign– welcome to 1984 in America. Like America and the suburban structures that occupy the country, though, there is a boiling sense of dread. Throughout the 105-minute running time, this dread builds and builds until the very last second. By the end of the road, every ounce of safety given is ripped up right in front of you, and further stomped on. This is where the magic of Summer of ’84 really lies. Instead of going the easy route and cashing in on the current success of the ’80s, RKSS says, “Screw that,” and puts the ’80s into a body bag. Any ounce of fun or childlike wonder that is portrayed at the beginning of the film is dead and gone by the end, replaced with a mature, cynical outlook on the world, and every step to get to there is oh so perfect.

As someone who was getting pretty sick of the current resurgence of ’80s kids basking in the summer fun, it is SO refreshing to see a group of people come together and tell a dark, violent, and mature story that never feels forced or contrived, and yet is still fun to watch. For the most part, a lot of the strengths really lie in the amount of balls RKSS has in their story telling. Never playing it safe, and pushing you as far as they want you to go, RKSS decides to rip your nostalgia right open and spill its gory guts all over the floor. Nothing proves this case better than the very end of the film. Not going to spoil it for you, but the final 20 minutes include probably the most shocking and uncomfortable scenes laid out in a horror movie in a long time. If you thought showing Georgie’s arm getting ripped off by Pennywise was bad, well, just you wait for the very end of ’84.

If there are any gripes I have with Summer of ’84, it’s with all of the supporting characters. Graham Verchere as Davey, and especially Caleb Emery as Woody, are really the scene stealers in this film. Evolving from silly comic relief to a well written, intellectual character, Emery jumps from role to role with ease, making me wish he really was the lead in this film. Unfortunately, the rest of the friends feel like cardboard cutouts, almost as an excuse to whip out ’80s-style quips. Tiera Skovbye as Davey’s next door neighbor crush Nikki especially felt like a lame attempt at an unnecessary love interest. These are minor quibbles, though, as the film that RKSS presents is so unique and not artificially made that I am willing to put my gripes to the side while watching.

RKSS really delivers another synth-driven, nostalgia-filled movie with Summer of ’84. While it is much different than their previous film Turbo Kid, it carries over a lot of the same genes and blood that drove Turbo Kid to be as great as it was. With the heavy yet creepy synth numbers and the whole over the top gore, I couldn’t imagine a better follow up film for RKSS. Summer of ’84 is a killer piece of horror cinema, and a coming-of-age ’80s nostalgia-driven masterpiece. If you were a huge fan of the ’80s renaissance, then you are doing yourself a horrible disservice missing this movie. With horror and the ’80s being huge right now, Summer of ’84 deserves to be the front runner in this race.