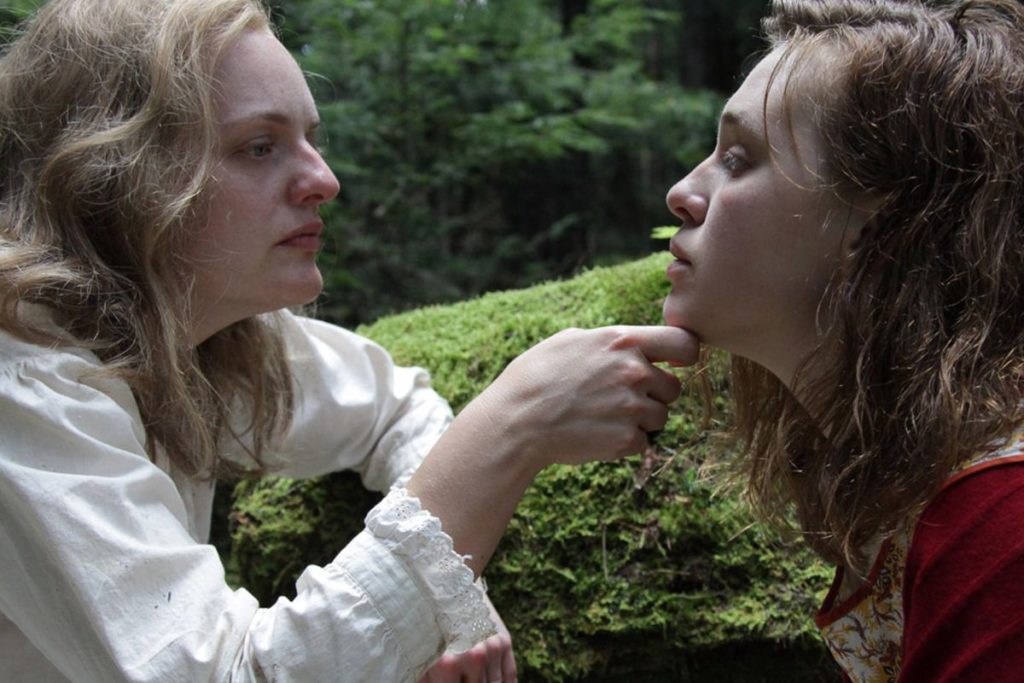 Like its titular subject and her stories, Shirley is undefinable; a genre-melding, chaotic blur of images that leaves one feeling achingly titillated and hungry for more. Bringing together some well-known tropes and moods from the Shirley Jackson oeuvre, Shirley then collapses them in on each other, blending and distorting until what’s left is less like a biopic and more like a dark historical fantasy. It’s not unlike a story that Jackson herself might envision: several months trapped in a vine-covered house at the edge of the woods, a pregnant woman and the disturbed writer she must care for both unwinding at the seams, or perhaps finding stunning clarity, depending on who’s telling the story.

The movie begins with Rose, who, much like Shirley, starts out as one thing and then becomes a professor’s wife. Newly married, pregnant, and cut off from his family, she and her husband move in with (in)famous writer Shirley Jackson and her husband. While the young couple is seeking a fresh start, Shirley, just off the success of “The Lottery,” is looking for inspiration for her next novel, and Shirley’s husband is looking for someone to mind his agoraphobic wife. As Rose’s plans unravel, inspiration comes to Shirley in the form of a missing girl. And as Shirley’s writing progresses, boundaries become less clear, and her absent muse’s story begins to blend with her own and with Rose’s. The young couple, particularly Rose, further entangle in the psychodrama that is Mrs. Shirley Jackson and her husband’s life together, and power dynamics turbulently shift for these people in the roles that they had been playing: husband and wife, caretaker and patient, writer and muse … 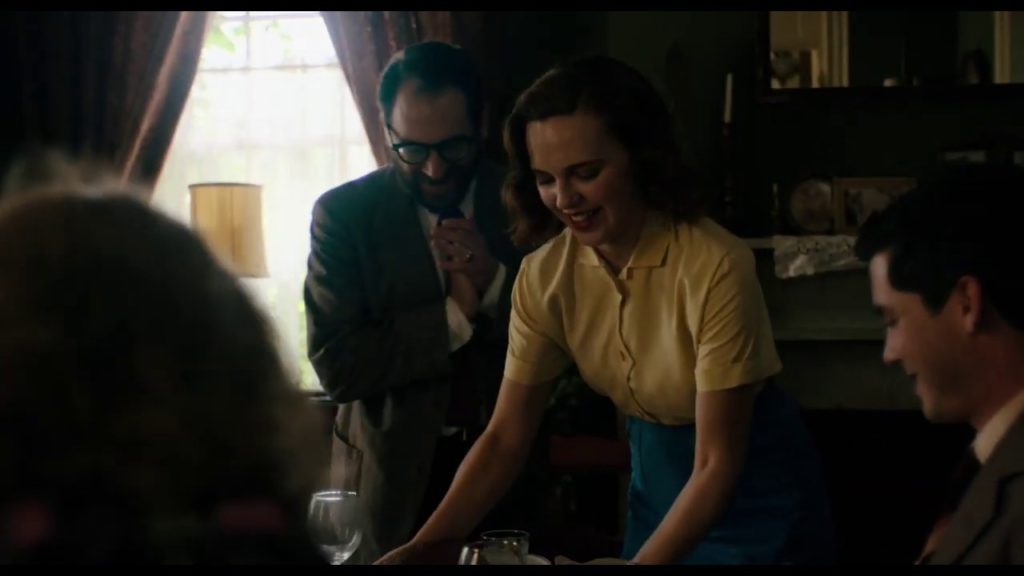 It’s a rather cunning conceit, uniquely composed and executed. How best does one tell the story of a woman who seemed to prefer no one know anything about her? You simply don’t. Instead, director Jospehine Decker and screenwriter Sturla Brandth Grøvlen use the source material of Susan Scarf Merrell’s novel to weave a visual tapestry of Jackson’s stories together with details of her life, exploring the images and motifs that are so associated with her—missing girls and mysticism, haunted spaces and poison mushrooms—as opposed to presenting a biography at face value. It is a double-edged sword, of course, and some substance might be lost along the way. But, through this exploration of Shirley Jackson as “character,” the story expertly unfolds into one– in part about Jackson, yes, but also about the ways that people relate to each other through complex domination and submission, desire and disgust.

Throughout this fairy tale, there is Shirley Jackson, presented as trapped princess, fairy godmother, and evil queen all at once. She is mutable, and the facets that the viewer are presented with are always through the eyes of those graced with revelation. In Elisabeth Moss’s masterly subdued performance, Shirley is witch; Shirley is prisoner; Shirley is wife, is lover, is dom, is writer—the list goes on, and Shirley remains endlessly enigmatic throughout. The moments that we see Shirley alone are brief, an intrusion—and people are constantly intruding on Shirley. Yet, like Rose discovers as she spends more time with her, with each new side of Shirley that I see, I want more, obsessed and horrified in turn.

With Shirley, I am more reminded of Jane Campion’s brilliant In the Cut than I am of other biopics (a genre that I usually don’t find much interest in, full disclosure). Like Meg Ryan’s Frannie in In the Cut, Decker’s movie focuses on a woman, Rose, caught up in the mystery unfolding around her—she is somehow viewer and participant at once, both blank canvas and complex heroine. Whether this mystery be Shirley or the missing girl that Shirley is researching is somewhat beside the point. In both Campion’s and Decker’s movies, what matters is the way these protagonists become progressively and deeply ingrained in the ennui of the exceptional, terrible situations they are in, until the everyday becomes “thrillingly horrible,” as Rose so thoughtfully describes “The Lottery.” Stares from strangers start to carry a menace and the everyday becomes, quite cinematically, blurred at the edges, chaotic paranoid visions in which something deeply erotic blooms as well, perhaps a small gesture of human ecstasy found in these gritty surroundings. It’s a passion awakened unconsciously in surprise bursts or cryptic dreams. And at the center of both of these movies’ mysteries are missing girls, girls who are projected onto—until each missing girl becomes less themselves and more a constellation of women, both seen and unseen, lost and found, pushed and pulled by both circumstance and other people.

Shirley uses the characters of Rose and Shirley to further examine the ways in which many confined and “missing” women might have carved out power, control, and even passion in the roles foisted on them by society and in the confined spaces they found themselves in, roles and spaces which seemed to offer Jackson little in real life. Decker likewise interrogates subject and audience, both Shirley Jackson and the readers who are simultaneously fascinated, horrified, and perhaps even inspired by her stories and her story, that of a genius woman with internal demons and external constraints.

In the movie, a character remarks to Shirley that her stories are “prophecies,” and in a way this is true. Shirley Jackson maybe didn’t predict the future so much as she revealed the idiosyncrasies of the world we live in and the people that inhabit it, through storytelling that stretched the edges of the “real” to fantastic, horrific places and then presented it back to us in her own uniquely biting and enthralling voice. Decker accomplishes a similar feat with Shirley, showing a human chain that, when examined closely, reveals a community of people that pass neuroses to one another until their origin becomes unclear and altogether meaningless. And that in these indecipherable, manifested, and occasionally manipulated human modes of thinking and acting and being, perhaps a little inspiration, connection, or even passion can come of it.

But of course, as Shirley Jackson often sought to understood and Shirley leaves open-ended, the question will forever be whether we’ve found shelter or prison in the ruins of such surroundings.

Available to rent via the Coolidge Corner Theatre, Brattle Theatre, and Somerville Theatre virtual screening rooms, and streaming on Hulu (if you choose the latter, the Hassle suggests making a $10 donation to one of the above theaters)