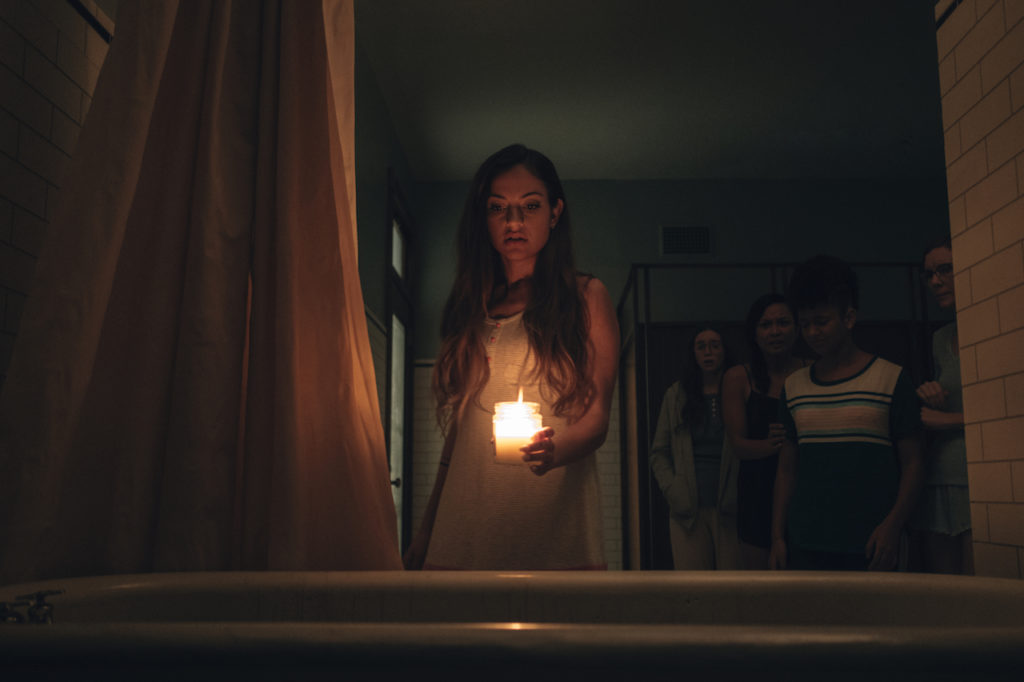 The Craft recently passed its twenty-fifth anniversary milestone, and while typing those words makes me want to apply for my AARP card, its profile has never loomed quite so large in the pop cultural landscape. Though dismissed as a lark by critics at the time, the film’s goth-girl power fantasy has proven resonant for aging millennials and Tiktok teens alike, particularly as the power of the patriarchy has grown more nakedly malevolent. The influence of The Craft can be seen in everything from teen-witch TV shows like The Chilling Adventures of Sabrina and American Horror Story: Coven to the spook-pop stylings of Billie Eilish, as well as, of course, the movies. The latest entry in the teen coven canon is Seance, and while it never truly transcends the genre, its charms do more than enough to recommend it.

Teenage Kerrie dies mysteriously at a prestigious boarding school following a Bloody Mary-like attempt to summon the ghost of a student who supposedly committed suicide in the dormitory restroom some 20 years earlier (“The tub’s been replaced, but the showers are still the same”). Her replacement is Camille (Suki Waterhouse), a sullen overachiever who’s been circling the school’s waitlist for months. Camille instantly finds herself at loggerheads with the Mean Girls clique who participated in the summoning, but strikes up a friendship with Helina (Ella-Rae Smith), Kerrie’s best friend. One afternoon, while serving detention in the school’s appropriately spooky library stacks, the girls decide to hold yet another seance, this time to get to the bottom of Kerrie’s death. Tables shake, candles are blown out, and ominous messages are spelled out by the group’s crude planchette (a tube of lipstick stuck through an iPhone case). Soon after, the remaining girls begin disappearing or dying via “accidents,” and it’s up to Camille to get to the bottom of who– or what– is picking off her frenemies.

Seance is the directorial debut of Simon Barrett, best known as the screenwriter behind Adam Wingard’s modern classics You’re Next and The Guest. Seance lacks the breakneck pace and puzzlebox economy of those films, and, as is often the case in screenwriter-turned-directors’ debuts, the dialog is occasionally too dense by half (it also must be said that his young cast, while enthusiastic, doesn’t quite have the confidence of the mumblegore stock players of You’re Next). But if Barrett as a director is perhaps overly precious with his mannered repartee, he proves himself surprisingly adept at the mechanics of shooting horror. These are all elements we’ve seen before– the creepy, Victorian dormitory, the half-serious seance that suddenly becomes all too real, the gaggle of interchangeable, teenage cannon fodder– but Barrett knows how to utilize them in a way that still manages to feel fresh. Even if you think you know where this is all going, the film still manages to keep you on your toes. 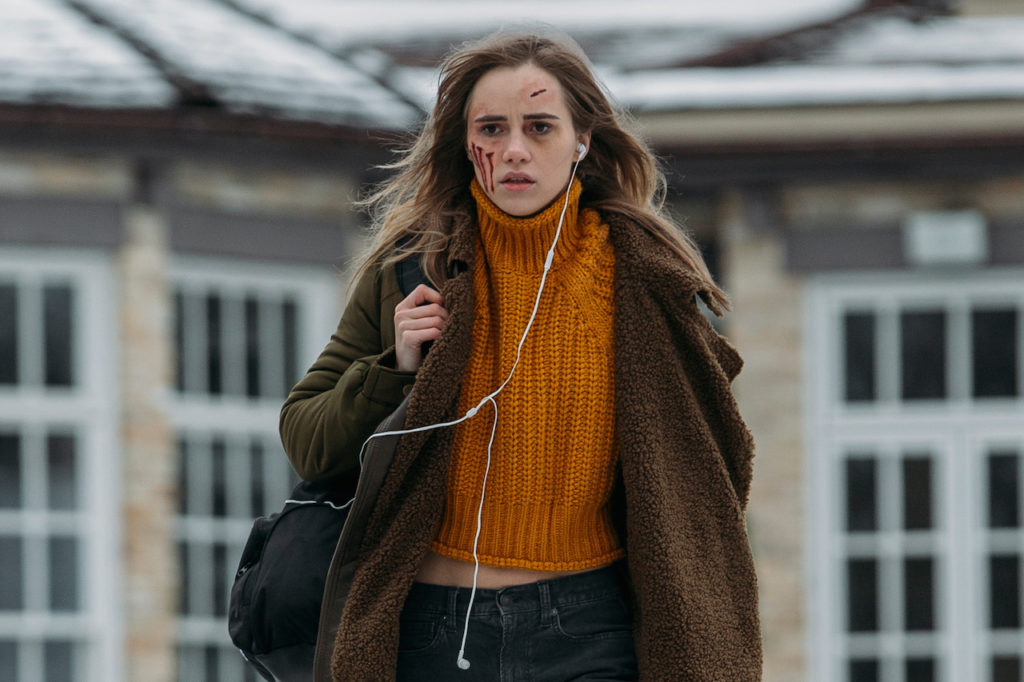 Part of this is perhaps thanks to Barrett’s subtle mixing of genre homages. The film’s dominant mode is, of course, the gothic ghost story, with the school’s labyrinthine halls, flickering light fixtures, and now-you-see-them phantoms popping in and out of the periphery. But once the bodies start piling up, it becomes clear that we’re maybe watching a horror story of a different type. The deaths, when they happen, are more visceral than ethereal– a plunging knife, an ambush garrote– and they’re all preceded by a flicker of recognition. Seance slowly blurs the line between the spooky atmosphere of a ghost story and the more down-to-earth scares of a giallo film, that legendarily lurid Italian genre which, with its unseen killers and very-much-seen gore, anticipated the slasher boom of the ‘80s. In short, this is the rare who-or-what-dunnit film in which that’s a genuine question. Are these girls being murdered by a vengeful spirit? Is a murderer using a fake haunting for cover? Or are we seeing a little from column A and a little from column B?

Of course, a whodunnit is only as good as its characters, which is where Barrett’s hand is most clearly evident. While her classmates are very deliberately “types,” Camille is something very subtly different. Rather than playing her as a wide-eyed ingenue (a la the original Suspiria’s Suzy Bannion), Waterhouse plays her almost closer to a hard-boiled private eye. It’s clear that, even before arriving at the halls of Edelvine Academy, Camille is haunted: her academic record speaks to a girl who has been fighting for years without quite bubbling over. Hidden behind a perpetual, quizzical scowl, Camille feels like just as much of an alien presence as the ghost itself, sizing up her surroundings and her competition from the moment her feet touch the frayed carpet. It’s a deceptively offbeat performance, with enough nuance to reveal additional dimensions on repeated viewings.

In some ways, Seance feels like a slight film following Barrett’s previous efforts as screenwriter (his script for You’re Next is, for my money, as perfect as any horror screenplay filmed in the past ten years). But it’s still refreshing to see Barrett step out of Wingard’s shadow (particularly as his former collaborator has seemingly moved on to greener pastures). The past decade has seen horror come into its own as genre of epochal, critically acclaimed films, and it’s nice to see that there’s still room for smart, modest little stories.What’s more, while technically rated R, this is a film that seems tailor-made for budding teenage horror fans who have already devoured The Craft. Seance may not conjure any new spirits, but like a ghost, I can see it floating around for a while.

Available digitally and on demand Friday, 5/21