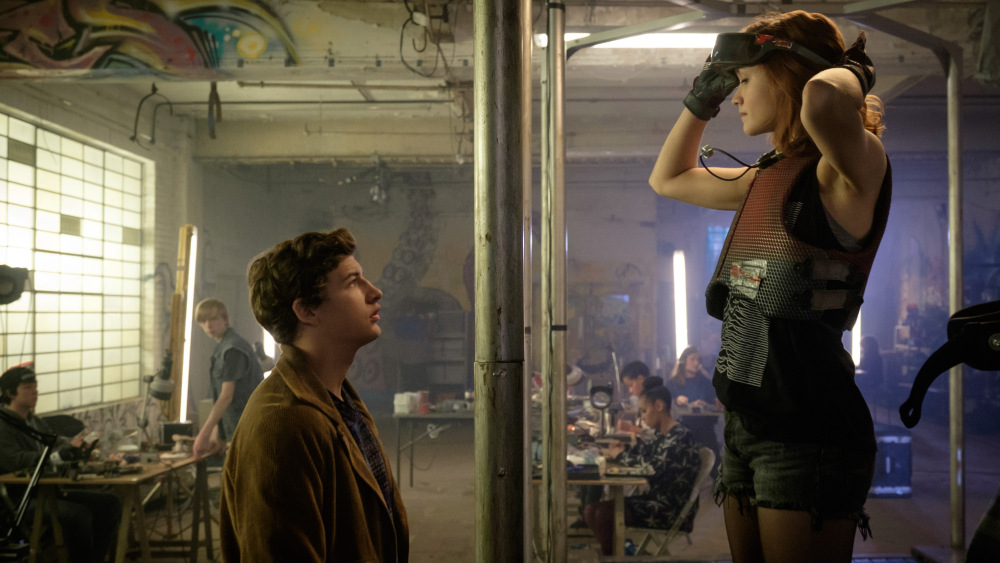 In Ready Player One, a dystopic vision of 2045 from director Steven Spielberg, pop culture has reached a breaking point. New stories or properties are no longer made. Instead, older icons are twisted into different contexts. Inside the virtual wonder world of the OASIS, a VR alternate reality where the masses spend every spare minute, people can be whatever they want. What this freedom amounts to is not too much different from the slew of AVIs one might see in a YouTube comment section: Batman, Ninja Turtles, Hello Kitty, etc. The question that stands after viewing the movie is how Spielberg — a constant sentimentalist but occasional nihilist — views the prospect of this oversaturated, referential future. Is this movie an unthinking and trite realization of a white fanboy gamer’s dreams, or a condemnation of that very mentality?

Adapted from Ernest Cline’s novel of the same name, which, by all accounts, sounds like cringe-y fanboy escapism, Ready Player One tells the tale of Wade Watts (Tye Sheridan), a generic white male gamer living in an overpopulated future ghetto where houses are literally stacked upon each other (The Stacks, they call ‘em). In Watts’ reality, life is a dim, grey thing (classic Janusz Kamiński cinematography) which he moves through accordingly. Eyes cast to feet, he slides through The Stacks with rote ease. Spielberg’s camera glides alongside Watts, and we see one of the movie’s only glimpses at the real world. Drones delivering Pizza Hut. Everyone engaged in VR — parents ignoring the needs of their children.

When we enter the OASIS for the first time, the film take a turn. Freed from the oppression of gravitational restraints, Spielberg’s camera becomes manic, whipping around gamespace at hyperspeed, moving across vast vistas in the blink of the eye. The first thing we see: Minecraft World. We push through more colors, past different worlds, and then enter it: the Hub of OASIS. Here, a bevy of avatars and pop-culture references walks amongst one another, like in Wreck-It-Ralph.

What can’t be denied about Ready Player One are the visual effects and the construction of its action sequences. Building off the post-cinematic reality of Tintin, Ready Player One shows us what a learned filmic mind can present when detached from the real world. Not since the Wachowskis’ Speed Racer has action cinema been this overstimulating and clever. The opening race sequence of this movie is a true gauntlet throw– Spielberg slamming it down and saying, I still got it, motherfuckers. If nothing else, I won’t be surprised if this film stands the test of time on its action alone. (This culminates in a wild ride through cinema history where Spielberg pays extensive homage to an ‘old buddy,’ which I won’t spoil here, but… It’s something). The filmmaking on display is Tintin on crack. Minority Report on PCP. 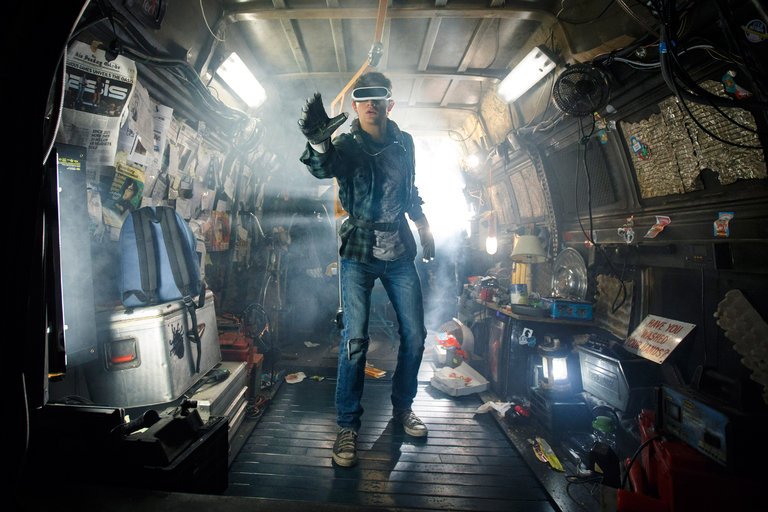 Through voice over exposition, we learn the crux of the movie’s story: the creator of the OASIS, James Halliday, is dead, and has left behind an easter egg. The first person to uncover the egg, unlocked by the acquisition of three keys, will be granted full control of the OASIS and a trillion dollars. The hunt has been on for five years, and the first key has still not been found. Guess who gets the first one… That’s right: It’s Wade Watts! And so our movie unfolds. Wade must acquire the three keys — with the help of the friends he makes along the way — while battling the opposition, a company that seeks to corporatize the free space of the OASIS. Led by Nolan Sorrento (a very Mendelsohn-y Ben Mendelsohn), this business seeks to alter the user UI to be 80% advertisement — the percentage before seizures would occur.

The plot is pretty standard blockbuster stuff. Wade excels at the tasks, falls in love with the girl of his dreams, and, at the end of the day — SPOILER ALERT — gets what he wants. The level of self-insertion of Ernest Cline’s part is truly, breathtakingly embarrassing. Yet it seems doubtful Wade Watts is the character Spielberg is personally interested in. My money would be on James Halliday, the deceased creator, played by his current muse: Mark Rylance.

In 2015’s Bridge of Spies, Rylance introduced Spielberg to subtlety; here, Rylance imbues the entire film with both a pathos severely missing from any other character and an inherent critique of the world being presented.

Halliday is the architect of all pop culture experience in 2045. What for him was created to escape the pains of his own reality has transmogrified into the language of experience for countless young people. What character more than Halliday could be more directly correlated to Spielberg — a filmmaker whose earlier works mine the trauma of his tenuous relationship with his father for bombastic fantasy?

But Halliday is a pathetic man. Completely ruined by his failure to interact and engage with the real world — yet, though haunted by this, he continues gamifying his trauma. Through this lens, Ready Player One can be viewed as a scream from Spielberg: “OH GOD! LOOK WHAT I’VE DONE!“ But this being Spielberg, the movie still wants you to have a buttload of fun. 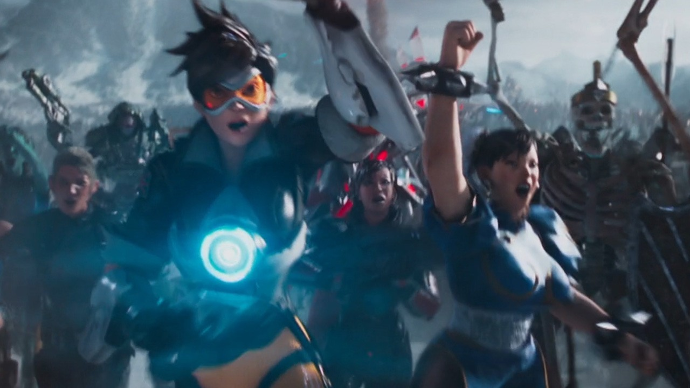 Thus, the problem with Ready Player One becomes how it will be received. Common sense would dictate that it’ll be taken in with open arms by the exact kind of neckbeards who live in these escapist fantasies, where they are cool because they watch Buckaroo Banzai and therefore deserve the attention of women. (This actually happens in the movie.) Maybe people will see it as a cautionary tale about the emptiness of an oversaturated pop culture reality. More likely, it’ll stand to buttress the idea that it’s cool for Master Chief to share a frame with Mechagodzilla.

None of this is to say that pop culture pastiche can’t be cool — this lowly author humbly admits to logging hundreds of hours into every iteration of Super Smash Brothers and freaking out when Solid Snake was introduced in the third installment — but to define your personality by it, to say “this is what makes something good,” is just so mind bogglingly shallow.

So at the end of the day, Ready Player One exists as a story about a white dude nerd who, through his gamer skills, gains the attention of a pretty woman — who he lets know its okay for her to a have a minor facial birthmark — and then inherits a trillion dollars. While Halliday drives home the subtextual point — the easter egg? — that living inside pop culture is a shallow and ultimately destructive framework, it’s not enough. The camera has too much fun with all the pastiche. The film argues against itself