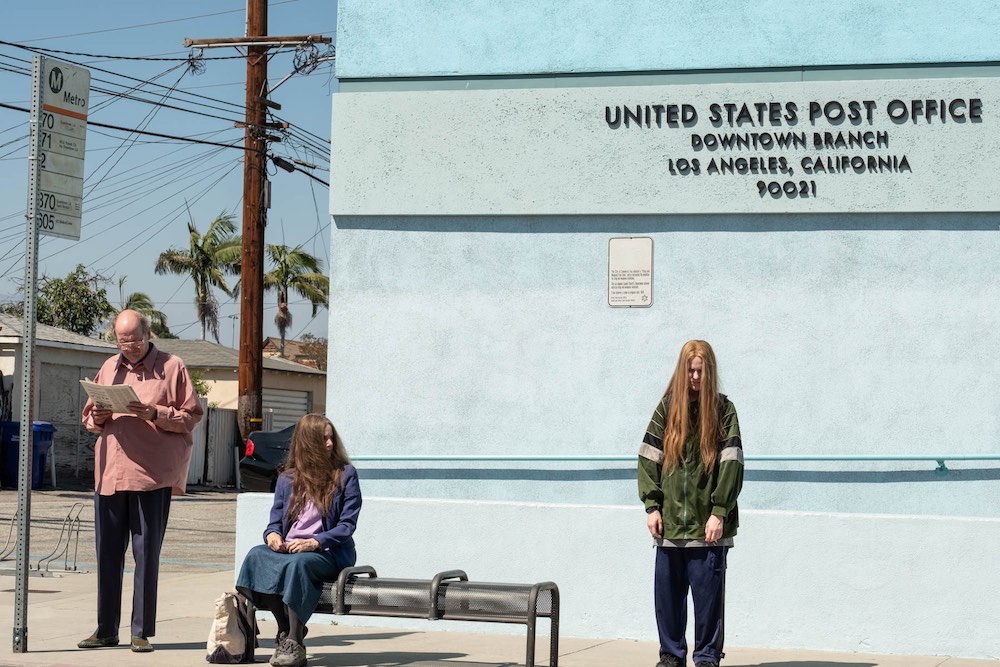 EDITOR’S NOTE: As longtime readers will know, the Hassle believes in the magic of the theatrical experience, and eagerly awaits the day when we can safely return to our local cinemas. However, due to the ongoing pandemic, we cannot in good conscience encourage our readers to attend indoor movie screenings at this moment in time. While the following film is currently playing exclusively in theaters, we urge you to err on the side of caution; this review is for informational purposes, and will still be here when the movie hits digital. In the meantime, we encourage you as always to support your local theater via donations, gift cards, or virtual screening rentals. Be safe out there, and when the time comes, we’ll see you at the movies.

Miranda July’s characters are always seemingly out of place within the world they live—adrift, stuck, at odds, or maybe just too odd. The writer-director, though, seems less interested in the problems that the characters face and more focused on the ways in which her characters discover or reveal new parts of themselves. Likewise, she is concerned with the connections that are made or lost in that process of self-discovery. Nothing short of an auteur, the primary through line of July’s work is that of human connection and human feeling, as she perpetually explores the human condition primarily through the lens of human relationships: to ourselves, to each other, and to the world around us.

Kajillionaire focuses on Old Dolio (played by Evan Rachel Wood), a 26-year-old woman in a family of con artists. With her parents, Robert and Theresa (played impeccably by Richard Jenkins and Debra Winger, respectively), the family mostly deals in low-level schemes that prove irregularly rewarding—scamming checks off of gullible rich folks, stealing mail from PO boxes, or even naming their daughter after a homeless man who won the lottery in the hope that he gives them some money. The family survives off the grid and under the radar, as much as one can in Los Angeles. When an urgent need for a larger sum of cash presents itself, as the family must pay $1500 in back rent to their landlord, Old Dolio comes up with a travel insurance scheme that involves the briefest trip to New York City that ever occurred. On the family’s return journey, they meet the bubbly Melanie (played by Gina Rodriguez), a woman who inserts herself into their lives… or maybe is strategically welcomed.

Robert and Theresa have mostly presented a world of danger to their daughter, believing that wanting more—wanting to be a “kajillionaire”—is the root of societal ill, even as much as they seem deeply concerned with the act of accruing money. Criticizing her for wanting more than the bare minimum for survival or warning her not to touch anything after an earthquake (due to everything being electrically charged), theirs is a world made up of a sort of survivalist capitalism by way of nihilism. Everything is transactional to Old Dolio’s parents, even their relationship with their daughter, who learns to measure their love in the equal division of money from the scams they pull off as a family. And everything to Old Dolio’s parents is only as worthwhile as it is functional, with love and kindness being seen as unnecessary to survival.

This is what makes Melanie’s presence, among other moments of revelation for Old Dolio, so disruptive. Generous, lively, and full of feeling, Melanie serves as a conduit for Old Dolio’s frustrations and jealousies and wants and needs. A journey of self-discovery that begins before Melanie’s arrival is only accelerated by her confident, easygoing nature, which belies a deep sensitivity and well of sadness. Although Melanie’s character is not quite as well-explored as Old Dolio’s, Gina Rodriguez and Evan Rachel Wood play off each other rather brilliantly, able to emotionally traverse the movie’s more surreal moments and imbue them with a realism and a humanity. 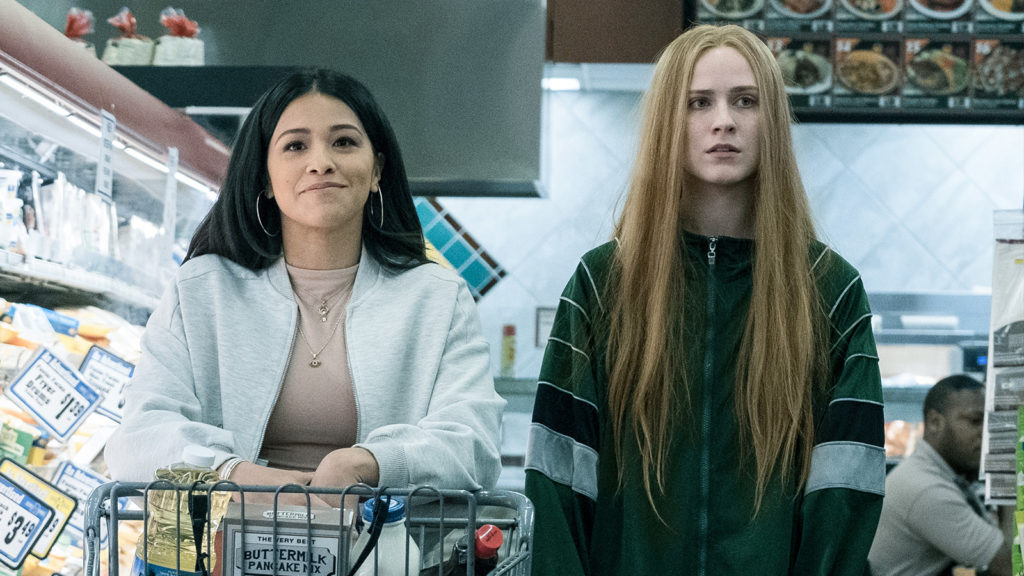 In an interesting departure from July’s prior movies, Kajillionaire is told mostly straightforwardly. There’s no magical realism, as in The Future, nor disparate storytelling, as in Me and You and Everyone We Know. Instead, July presents these characters as grounded within the world they inhabit, just as much as that world is perhaps shaped by their occasionally surreal environment and beliefs. Perhaps it’s best to say that Kajillionaire is situated in between July’s prior works: it is a realistic story that sometimes veers into cinematic wonder. In Kajillionaire, a gas station bathroom becomes the end of the world, and a big-box retail store is the scene of cinematic romance.

This is the interesting dichotomy of Kajillionaire, and what makes it such a fascinating movie. July expertly pairs the cosmic and the cinematic with moments of true human feeling. One of the most “Miranda July” scenes involves Old Dolio dancing for Melanie, something which Old Dolio’s parents never allowed her to do. July films the scene with such beauty and seemingly divine grace that it only serves to highlight the stumbling, awkward humanity of Old Dolio’s unconventional movements. Yet even with the duality of this scene—glorious sunlight and Melanie’s awestruck face countered with the oddity of Old Dolio—July effortlessly makes the odd and surreal feel intimate, familiar even. The movie is full of scenes such as this, and it should be said plainly that this movie is not for everyone, particularly those turned off by July’s wide-eyed earnestness or performance art influences.

At one point in the movie, Melanie casually says “Most happiness comes from dumb things.” This seems to be the crux of what Miranda July is trying to express through the ongoing duality of the familiar with the divine. She finds ways to revel in the seemingly mundane, odd, and above all, human behavior she reflects onscreen. It’s not so much that she’s presenting the everyday back to us in a mirror, but more that she’s presenting a heightened, sometimes surreal display of human behavior—dumb, awkward, messy, inexplicable human behavior—until these moments are transformed into a kind celebratory or haunting revelation. What Kajillionaire, and July by extension, reveals are the many ways in which we connect to our parents, how we might transfer that love (or lack thereof) to others, and ultimately, how we create ourselves out of the things we always needed but never got.