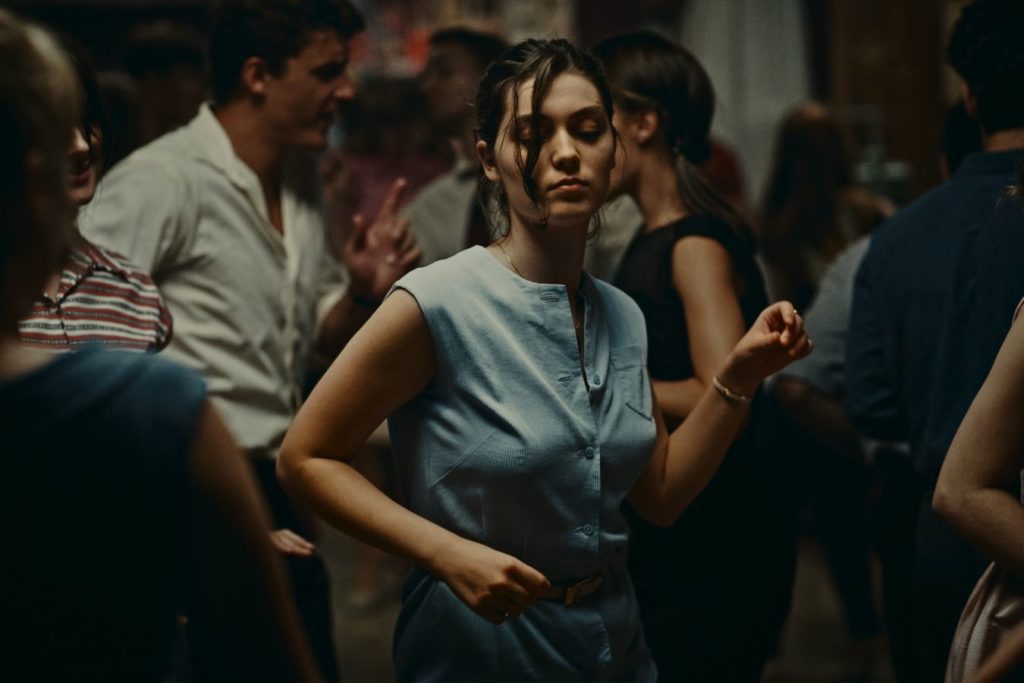 While fundraising for Happening, her second feature film, director Audrey Diwan kept hearing the same feedback. The drama about a young woman’s illegal abortion in 1960s France, adapted from writer Annie Ernaux’s same-titled memoir, was simply not timely. Abortion has been legal in France since 1975, when individuals could access the procedure up to 10 weeks into pregnancy. This limit was extended to 12 weeks in 2001, and to 14 weeks in February of this year. Since 1982, the cost of abortion has been mostly covered by the state, and in 2013, abortions became completely free. Better than some countries’ policies and more restrictive than others, these laws say nothing about the social and emotional dimensions of the lived reality of abortion. Yet even so, French producers and investors couldn’t see Diwan’s point. How could a period piece depicting the traumatic impact of criminalized abortion possibly speak to audiences today?

As Happening now makes its way into the world, the painful irony of this attitude is all too clear. The film hits theaters in the United States just as a leaked draft of a Supreme Court opinion reveals the Court’s intention to overturn Roe v. Wade, a ruling which will strike a cataclysmic blow to abortion access in this country. The film arrives from across the Atlantic as a well-timed missive of solidarity with those in the U.S. who are reeling from this devastating, if predictable, news. Yet timeliness is a curious thing in the context of filmmaking. Art forms with shorter gestation periods can respond to current events in real time. Films almost never can, at least not in the same way. Most require years of work, and the timing of their release is rarely the wish of the artist, but rather the whim of industry gatekeepers. Happening is no exception. We call Diwan’s movie “timely,” and yes, by coincidence, it is. But perhaps it’s more useful to note the ways the film is timeless, conveying truths across and outside of past, present, and future.

Hewing closely to Ernaux’s book, Happening recounts the story of Anne (Anamaria Vartolomei), a literature student in Angoulême, a town in Southwestern France. After discovering she is pregnant, Anne embarks on a quest to obtain an abortion, a nightmarish process that nearly costs her her life. Like Ernaux, Diwan is fascinated by how time is written on the body. She never lets us forget the ticking clock in Anne’s womb. On-screen titles regularly report how far Anne has come in her pregnancy: 3 weeks, 7 weeks, 10 weeks. This number becomes the ultimate demarcation of time. It outsizes the academic and social calendars that Anne’s peers live by, setting her in a universe apart. An anxious score underlines time’s relentless march forward, as the repeated plucking of a single string evokes an eerie second hand.

Time is just one of several intangible adversaries in the movie. Diwan resists using individual characters as antagonists. Instead, she villainizes the social phenomena of silence, ignorance, and shame. These forces drive a wedge between Anne and her best friends at school, who at first share an easy intimacy: getting dressed together, sharing gossip, chewing the same stick of gum. Their closeness disappears once Anne divulges her secret, and from that point forward she finds herself utterly alone. But her isolation cannot protect her from pervasive watching eyes; the people around her serve as an unofficial surveillance system, tacitly or aggressively enforcing a stringent moral code.

After two furtive visits to an abortionist and a close shave with death, Anne ends her pregnancy after 12 weeks. “July 5,” the screen reads; life has returned to its normal pace. Under French law, until 2001, Anne’s abortion still would have been illegal. Until three months ago, maybe it would have just barely made the cut. Of course, this translation is overly simple; abortion seekers have far more options today than in they did in the ’60s. Yet Happening presents several scenarios that will no doubt be faithfully replicated in a post-Roe world. Where abortion is criminalized, safe hospitals, trustworthy doctors, and free speech will become as tenuous and fragile for today’s abortion patients as they were for Anne.

Happening is a psychologically-attuned procedural drama. Its narrow focus on a single protagonist is central to how it works on the audience. Following every step in Anne’s excruciating journey — the camera rarely leaves her side — magnifies the cruelty of her situation. At the same time, many abortion rights activists critique the individualist language that dominates the pro-choice movement; they call for us to center equality in abortion discourse, and to be conscious and inclusive of the broad range of issues in the realm of reproductive rights. Over the next few years, it will be interesting to see how new films about abortion answer this call. In the meantime, we can appreciate Happening as one resonant abortion story among a countless number, whose relevance can never be refuted.