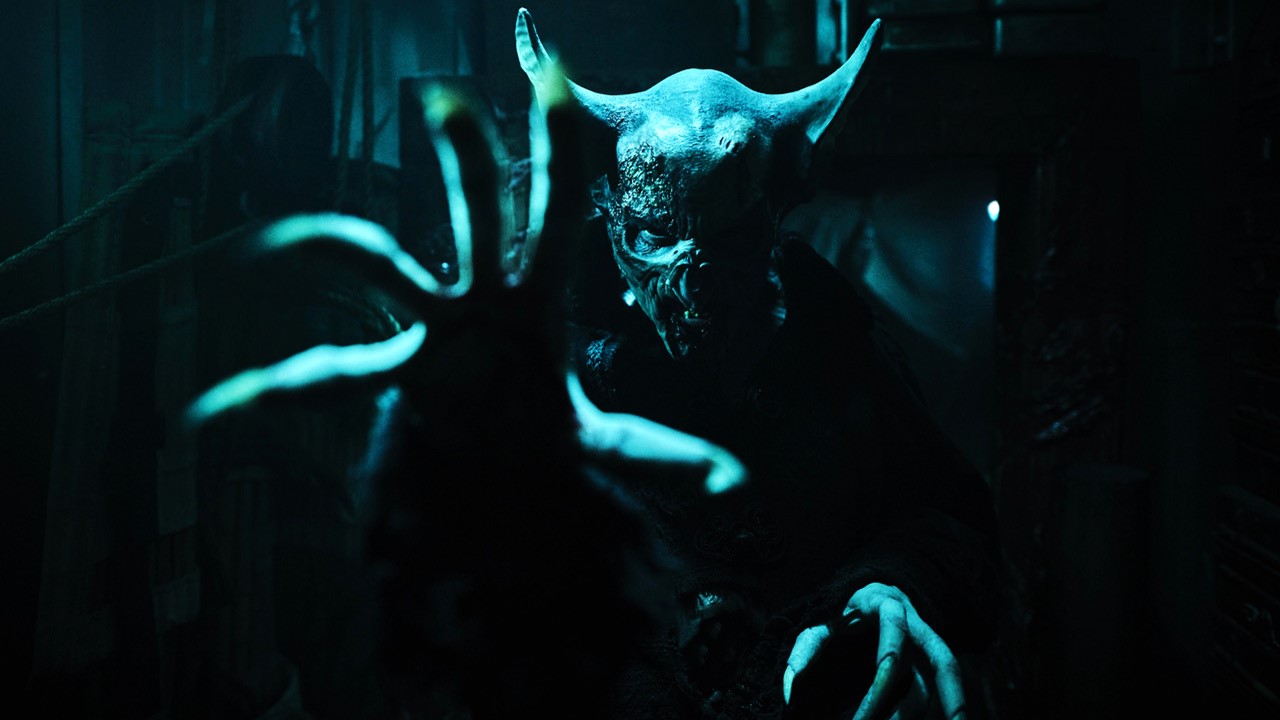 As a self professed history nerd and a die hard horror geek, the way to my heart is a truly entertaining historically based horror film. Whether it be Nazi zombies or ghouls living deep in early American mountain ranges, if you inject a tiny bit of historical context, I will lose my shit. So obviously the premise of Blood Vessel stirred some excitement in my gut: a tale of vampires that takes place during World War 2.

Unfortunately, even with a premise so chilling, it never finds the right pulse.

Set in 1945 over in the North Atlantic, Blood Vessel follows a group of survivors from a torpedoed hospital ship, the multi-cultured and diverse cast of characters left stranded on a raft with no water or food. Their fears of death are quelled when they notice an empty, Nazi-less ship off in the distance. Unfortunately for our leads, this ghost shop harbors something much more evil than they could have imagined.

The simple set up paves the way for a real slow burn: as our characters explore the once Nazi-occupied boat, we discover what truly went down at the same time that they do. These scenes could have been memorable: washed out aesthetics that could drown the audience. Unfortunately, Blood Vessel spends the first 50 minutes of a 93 minute movie spouting out exposition after exposition, not allowing the audience to uncover the horrors of this abandoned ship naturally.

It’s a real shame, as the set up is there. The ship decor is haunting and the small, tiny details build a world better than most major blockbusters. But fear of the audience maybe missing the tiny details caused an overabundance of dialogue, tearing down any semblance of tension to be found.

Eventually Blood Vessel finds its footing; the rough first half leads way to an enjoyable second that proves the films potential. Going from realism to B-movie faster than the count could count, Blood Vessel flexes its practical effects. The oozing of blood, creature designs that call back to the darkest depths of ’60s exploitation, and a lighter tone that pairs better with the caricatures we became accustomed to.

Yet it all feels like a tease. The film ends just as it starts, making me miss the kind of movie Blood Vessel could have been from the very beginning. It’s as if I watched an hour prologue to a 30-minute indie horror short.

While not a terrible watch, Blood Vessel ends up becoming a disappointing mess of ideas, proving that the best thing you can do when making a movie is to keep it as simple as possible.