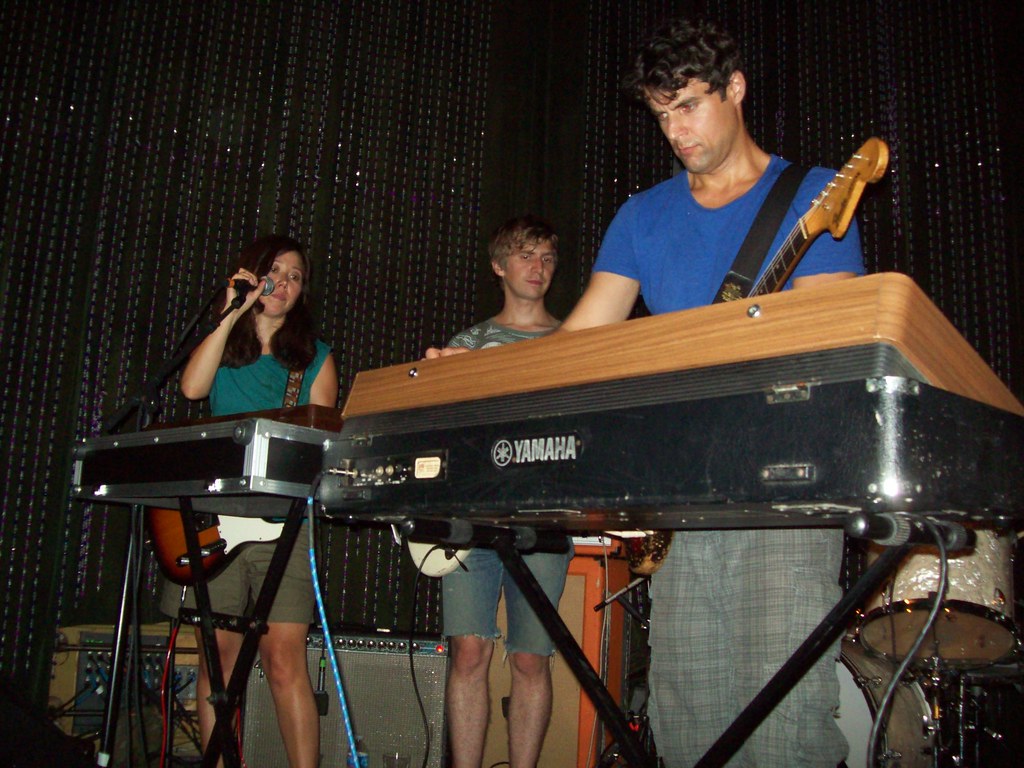 Walking through the rain to the see Swirlies at the Sinclair this past weekend was surreal, and as the show got underway, I felt an electricity much like the first time I saw Swirlies in 2011. That first show, billed as Lunch With The Swirlies,  took place at Johnny Brenda’s in Fishtown, Philadelphia.

At the time, Swirlies hadn’t toured in about ten years and I still had yet to see any of the …One Last Kiss bands live. In hindsight, hearing that comp on You Shall Know Our Discography during an early semester was nothing short of a revelation, and the thought of catching one of those band’s shows seemed more like material for my time travel shopping list than any sort of realistic prospect.

On that sunny Sunday afternoon that I finally got my wish, I remember Blonder Tongue Audio Baton being well represented, with “Bell” opening the set. One-time Swirlie Mickey Walker (Lilys, Light Heat) also walked on  to play this dope Pocket Piano during early cut “Tall Ships”. A microcassette player that I’m pretty sure I bought at Oklahoma University’s Norman campus bookstore was also running in my pocket. My aims of preserving this show for posterity, however, went into some kind of mental trash bin upon playback, when I found that it turned out about as listenable as a potato at 52 RPM. After the show, I conducted an interview, which provided some good background info that I was personally unfamiliar with at the time, but didn’t really cross the line into being usable material.

A lot has changed since that first time I saw Swirlies, both in my own life and in what their show is like. Whereas the Philly matinee had no openers, at the Sinclair they were opening for Nothing (who opened at my second Swirlies show). Additionally, founding bassist Andy Bernick didn’t appear this time around, but vocalist/multi-instrumentalist Deborah Warfield returned after Seana Carmody’s brief reinstatement in 2015 .

On the last night of their tour with Nothing, Smut, and Big Bite, Swirlies’ sense of fulfillment was unmistakably visible. I didn’t even mind that the set was so abridged compared to the prior shows I caught, cause in that short slot that even the fashionably late seemed to make sure to catch, the sonic outpouring was powerful enough to bring me back to what couldn’t have been a bigger deal to me at the time: my first Swirlies show.