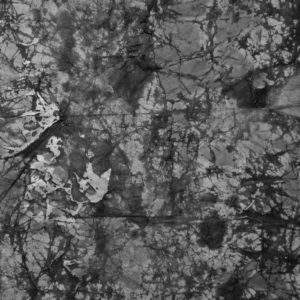 Underneath nostalgic snarls and gritty melodies, there is something enigmatic about non-’s ability to plunge into a feeling that is both so well known, yet so sought after. This self-titled album released in 2017 cleverly captures our collective, earthly descent with tracks representative of this very progression: Absent, Yearn, Regret, Love/Loss.

With this band’s first few EP’s releasing in 2015, non- has continued to define their soundscape. Boston-based, non-, uses the combination of post-metal punk and synthesizers, to create what can only be described as orchestral depression. non-, released in 2017, attempts to come to terms with modern sadness in an indifferent world filled with emotions that weigh heavy upon us.

The thematic composition of the album is blatant in its discourse about how loss shapes us. Nested in our own chagrin, non- uses drone synths, and classic guitar successions to play out this human inevitability. non- is complex and unapologetic in its musical components – even high-strung at certain points.

Aching into a sense of closure, in the present tense, we find that our loss remains, that our wishes for simplicity are ignored, and, perhaps, that our accumulated selves are all we have.

Whether you refuse to be defined or are searching for definition in the midst of the everyday, non- has a little something for everyone. The progression and acceptance of these haunting notions are what makes non-’s sound unique in a sea of high-impact depressive metal and screamo artists.

Thoughtful in its ability to communicate emotions like regret and rampage, the album guides listeners into the present moment. We lean forward into ourselves.

non- is playing with Liturgy and WIMP August 2nd at Dorchester Art Project.